No Armor, Only Cozy Camo

Well, my brother was supposed to be the recipient of two new hoodies last month when I tested the newest Mother Grimm pattern. But things changed. 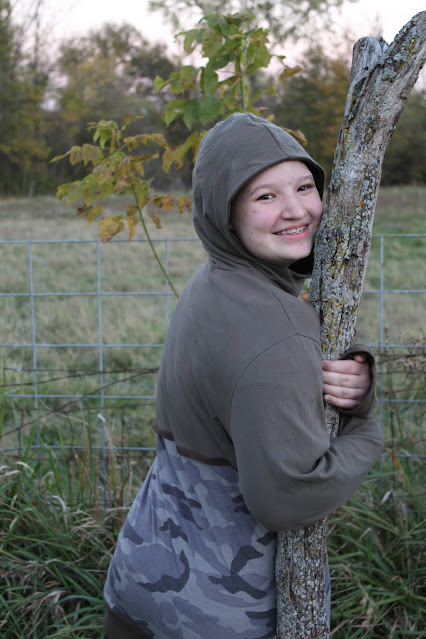 My sister now has a new favorite hoodie. 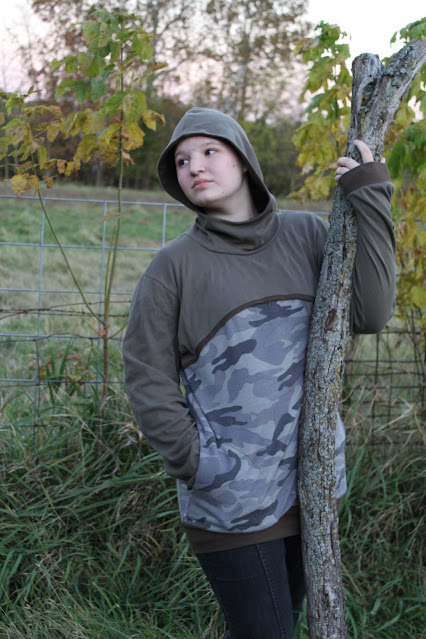 It doesn't have armor, but, judging by the amount my sister has worn it in the past month, it is super cozy. 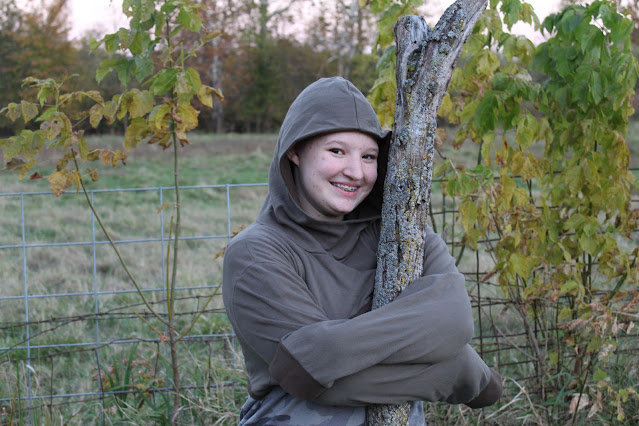 When I signed up to test the Sir Gwalchmai Knight Hoodie, I agreed to make two different versions of it. One with armor, and one without. 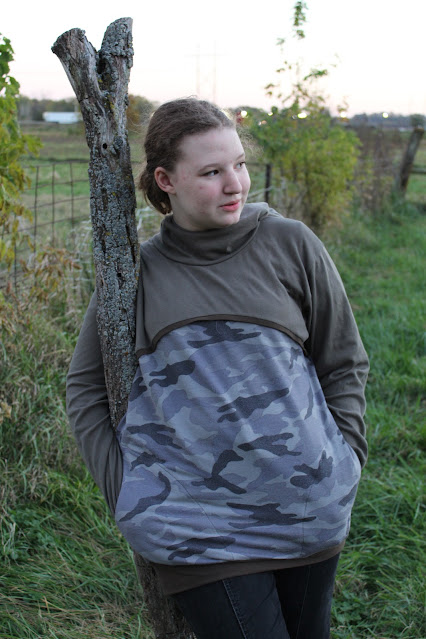 First, I made the armored version for my brother. He loved it and I immediately got pictures of it. Then, my brother got quarantined at school. He would not be around to model the non-armored version of the hoodie. 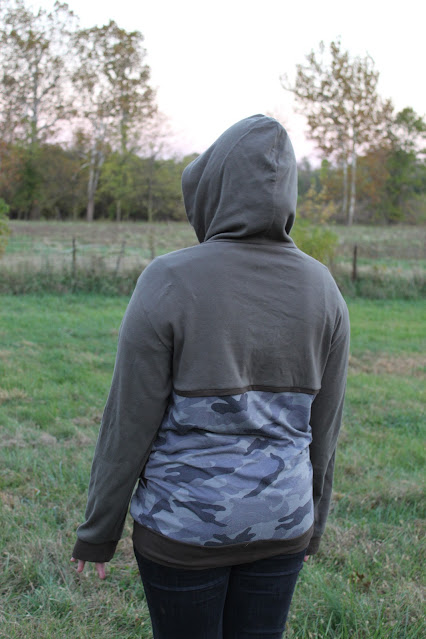 After talking with my brother on the phone, asking how he was feeling, inquiring about how quarantine was going and if he needed anything, I mentioned the hoodie I was supposed to be making him. I asked if he really wanted a second hoodie. He told me he was beyond pleased with his armored hoodie, and didn't think he needed a plain hoodie right now. After an armored hoodie, everything else kind of falls flat. Thus, I moved on to my next sibling. 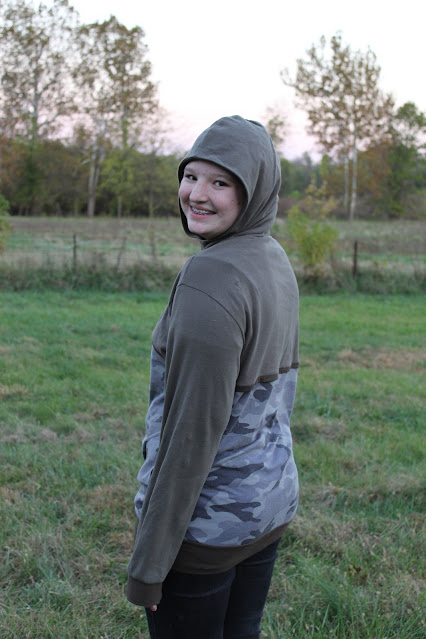 I told my sister all about the hoodie I'd been meaning to make my brother, and asked if she wanted it instead. 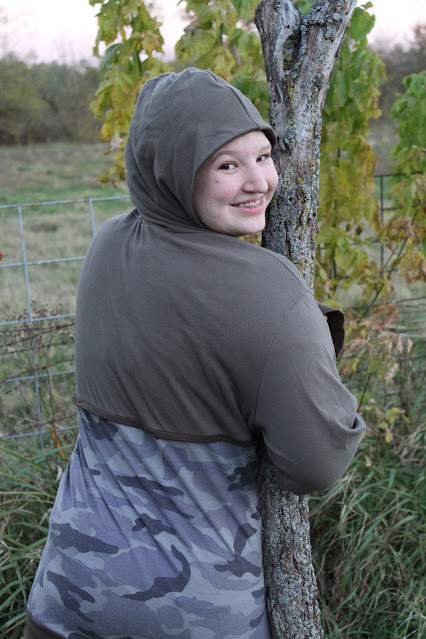 That was a yes. 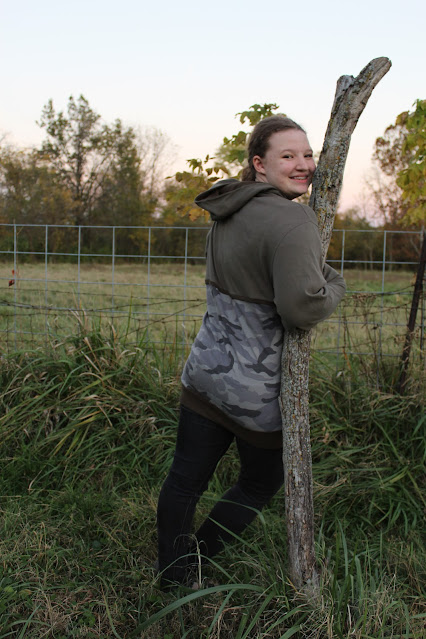 The body of this hoodie is made from a lightweight camo french terry I found in the remnant bin at Hobby Lobby a while back. 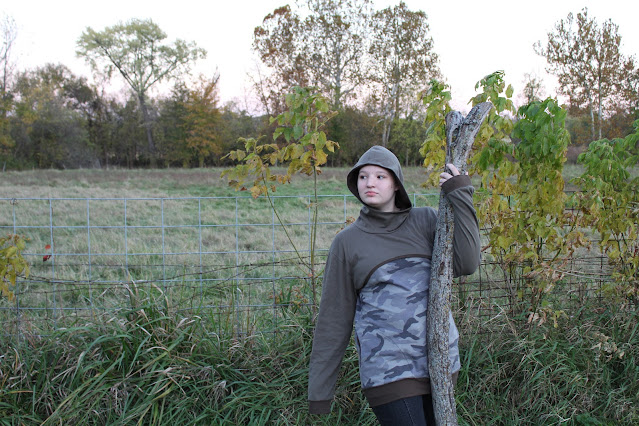 The top of the hoodie, including the hood, and the sleeves, is made from an olive green interlock, bought as a pre-cut at Wal-Mart and left over from the Mahina Cardigan I made myself last year. 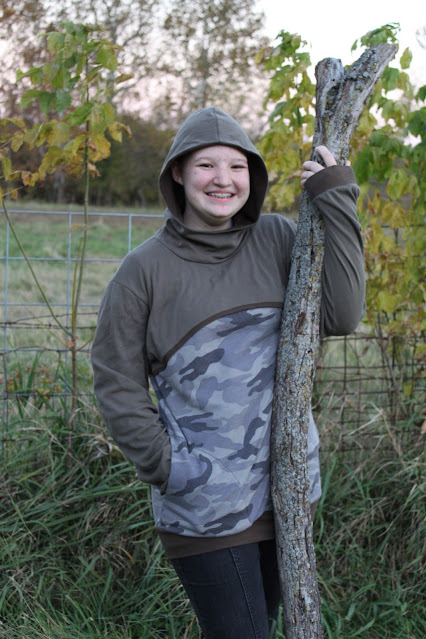 The piping, hood lining, pockets, cuffs, and bottom band are all made from cotton-spandex jersey. I ordered this "Olive Green" solid with a lot of other solid colored jerseys to make baby clothes from. When the fabric arrived it was a lot less green, and more brown, than I was expecting. This green-ish brown did not at all appeal to me for making baby clothes. Thankfully, it looked pretty decent with the camo french terry I was using for the hoodie, so I was able to use it anyway and keep it from lurking too long in my stash. 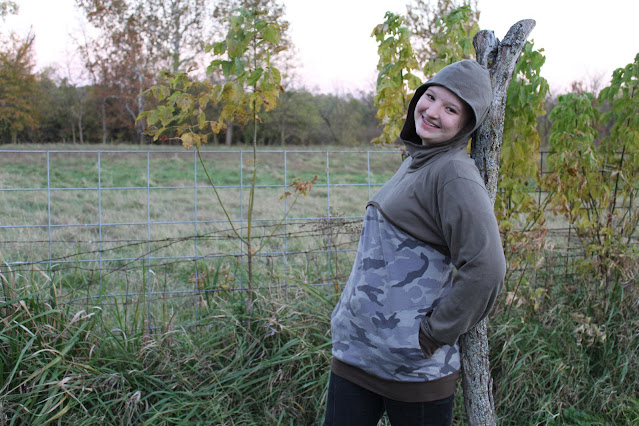 And that is the story of my sister's newest hoodie. 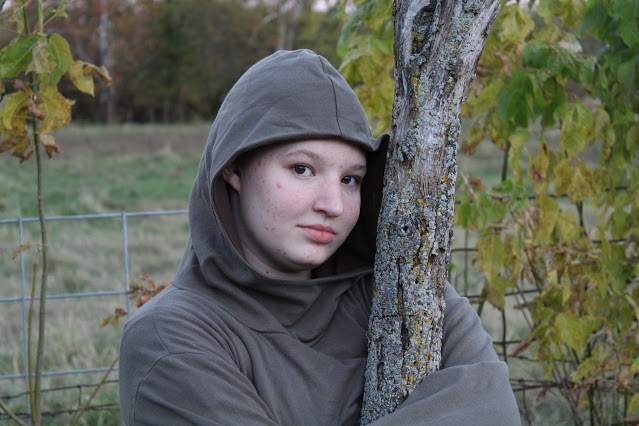 Things didn't exactly go as planned, but I think they turned out even better! 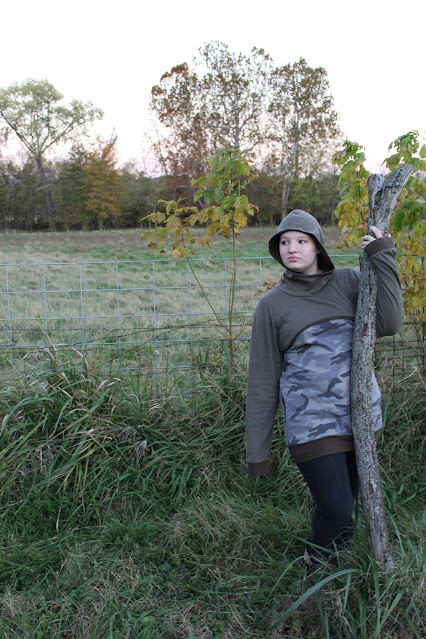 My sister loves and wears this hoodie way more than my brother would have. 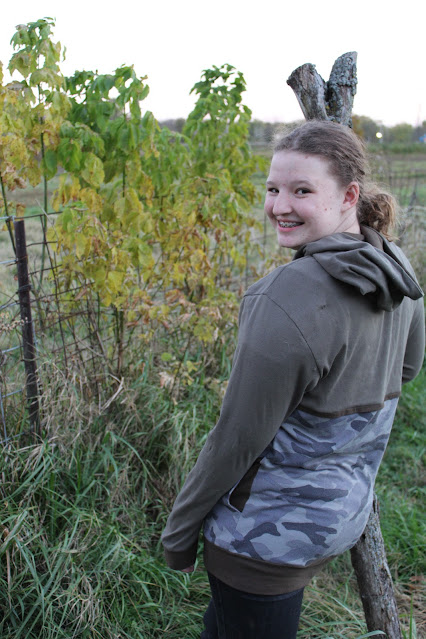 And, she looks absolutely adorable in it!
Alyssa at November 20, 2020
Share