A Slytherin Hoodie For My Brother

Almost as soon as September hit, it started cooling off. Not that it’s particularly chilly out yet, but I don’t think we’ve had a 90 degree day all month! And that’s honestly rather surprising here! 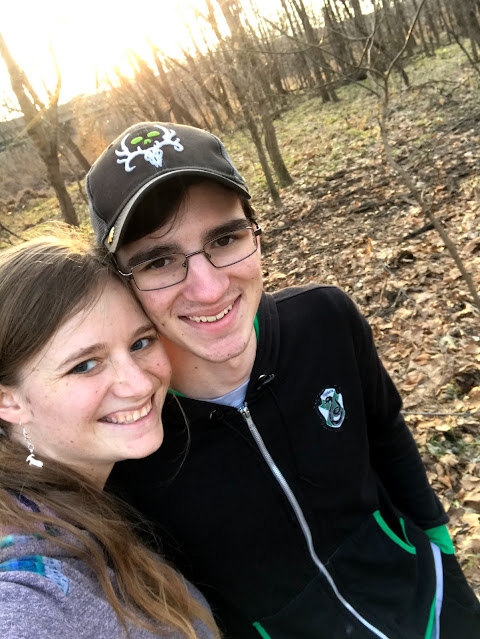 It’s actually been cool enough mornings and evening that hoodies and such have been pulled out and are getting worn regularly. 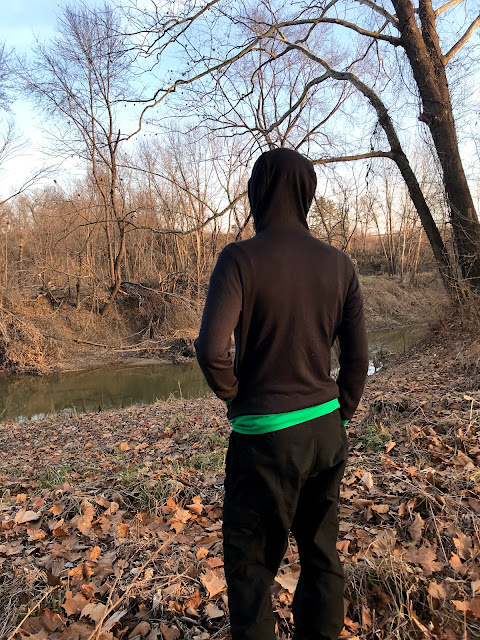 A couple weeks ago my brother came home from school for the weekend wearing a hoodie I made him a while back, and of course that made me smile! I love seeing things I made get worn. 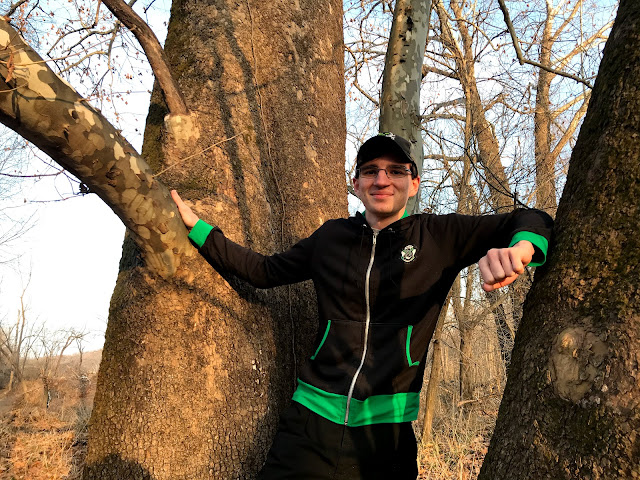 I made him this hoodie for Christmas 2018, yep nearly 2 years ago now. Last Christmas (2019) I managed to snap some pictures of him wearing it on a family walk. Now it seems like a good idea to get it blogged before Christmas 2020! 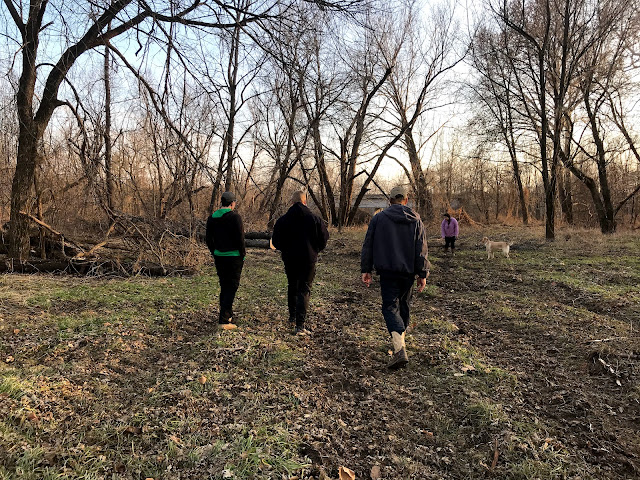 As I’ve mentioned before, this brother of mine has been sorted into Slytherin house, and fully embraces his Slytherin identity. He has a set of Slytherin Hogwarts robes and a couple different Slytherin cloaks I’ve made him, which he regularly wears around the house. Thus, a couple of Christmases ago I decided he also needed some Slytherin themed muggle clothing for day to day wear when cloaks are a little more attention grabbing than he’d like. 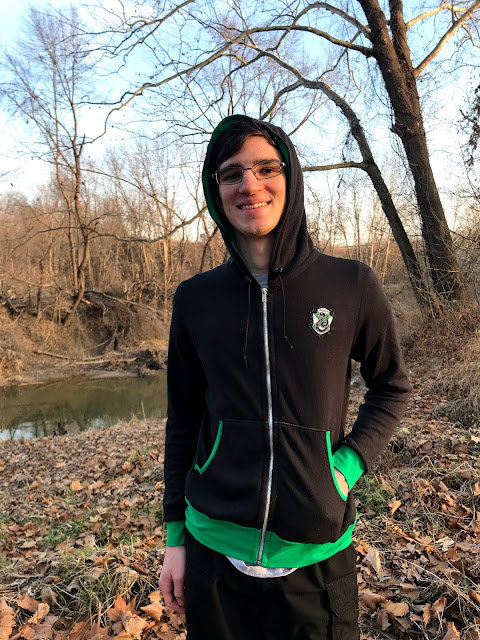 Enter, the Slytherin Hoodie. I decided to make it pretty much as a muggle version of school robes - black, with green trim and a Slytherin House badge on the chest. The finishing touch is the silver metal zipper down the front. 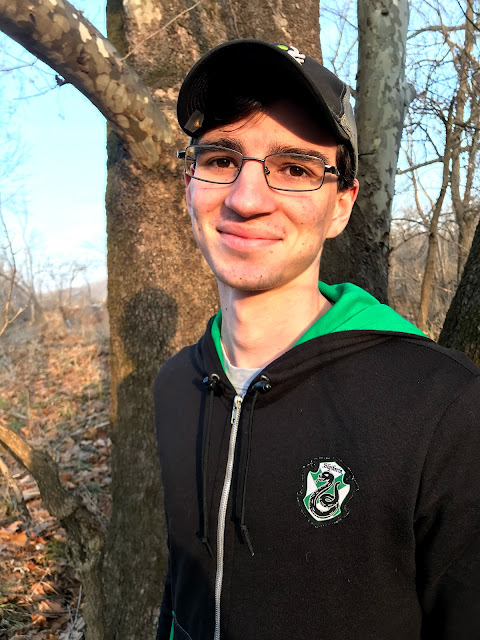 I used the Otari Hoodie by Scroop Patterns as my pattern for this. Yes, technically this is a woman's pattern, but it has a pretty straight, loose, fit, I already had it in my stash and trusted the sizing, and it had all the elements I was looking for in a classic hoodie for my brother. I particularly love the 3 piece lined hood on this pattern. Three piece hoods just fit nicer than 2 piece hoods do, but some how the majority of the hoodie patterns I own just have 2 piece hoods. Why?!?!? (3 piece hoods can also be squeezed out of smaller scraps of fabric, as an added benefit!) 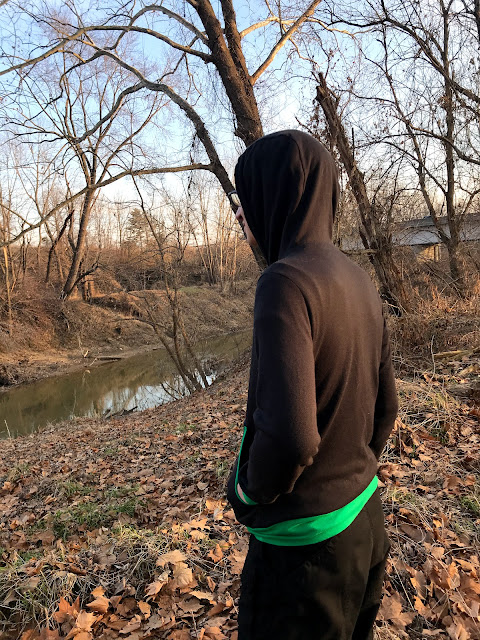 Prior to beginning this Christmas gift, I'd had my brother try on my Otari hoodie for a completely unrelated reason (One of my instagram friends actually wanted to know how I thought this pattern might fit a male), so I'd been able to judge how this pattern actually fit my brother. I knew from that try-on that he'd found the sleeves and shoulders a little tight. With this in mind, when I cut out my brother's hoodie I did a wide shoulder adjustment and a full bicep adjustment. 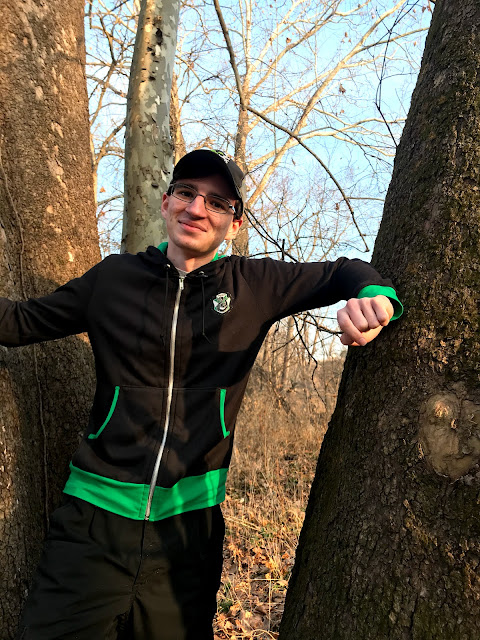 These two adjustment resulted in a finished hoodie that fit my brother just about perfectly - at least I've heard no complaints about the fit and he wears the hoodie regularly, so I'll call that a win! 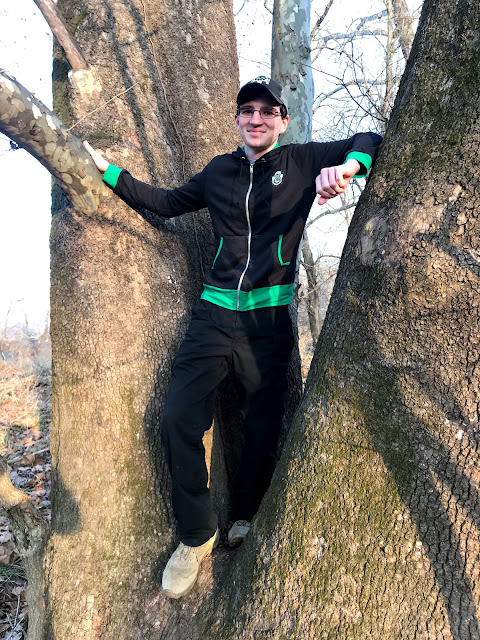 The black fabric I used is a sweatshirt fleece I found lurking in my stash. I have no recollection of obtaining it so who knows where it originated. The green is a cotton/spandex jersey I bought specifically to make Slytherin themed things for my brother out of. It has served that purpose well here. The Slytherin patch on the front was cut out of Slytherin quilting cotton just like the one on my brother's Slytherin school robes. 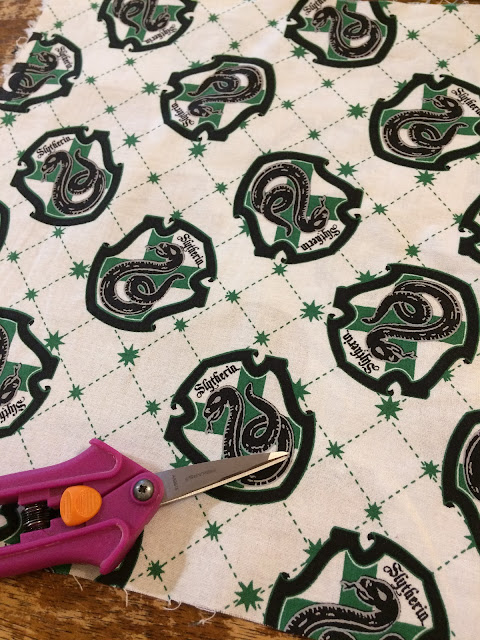 The edges of the badge were sealed with Fray Check then I appliqued it onto the front of the hoodie with a tight zig-zag stitch. 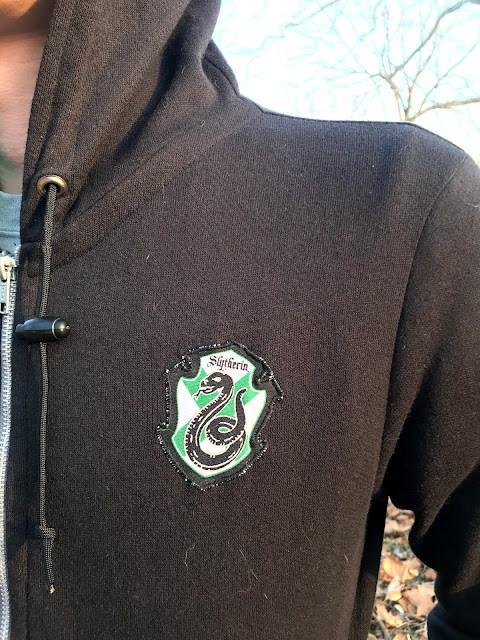 My brother tells me that he has received several compliments while wearing this hoodie and and about, but not too much attention so he feels out of place. 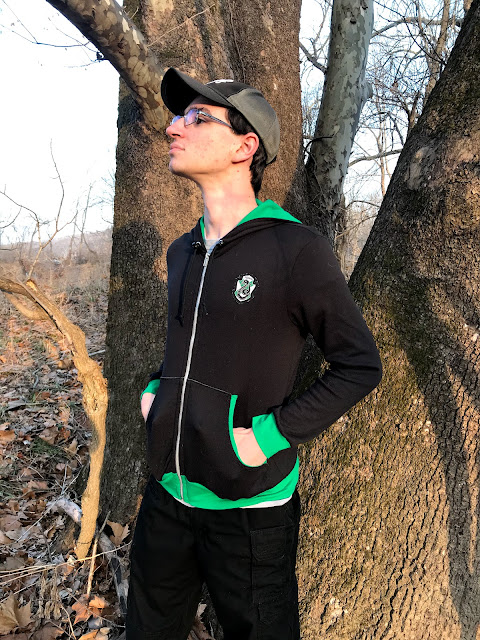 This is exactly what I was going for with this project! Subtle house pride. 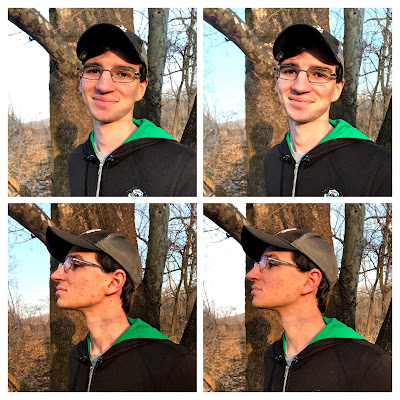 To the untrained eye this is just a black hoodie with green accents. 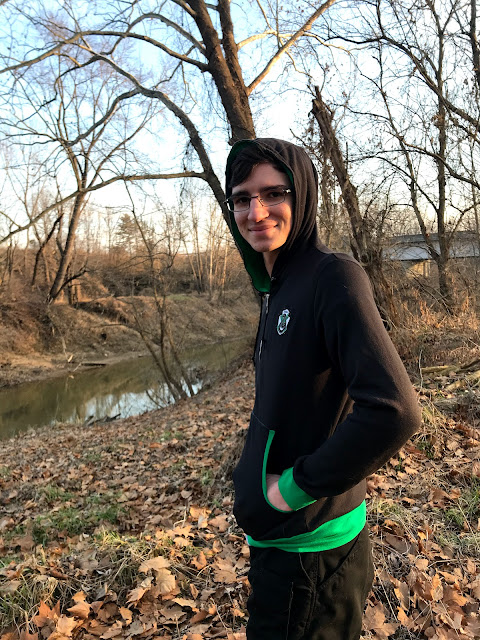 It's the details that make it special. 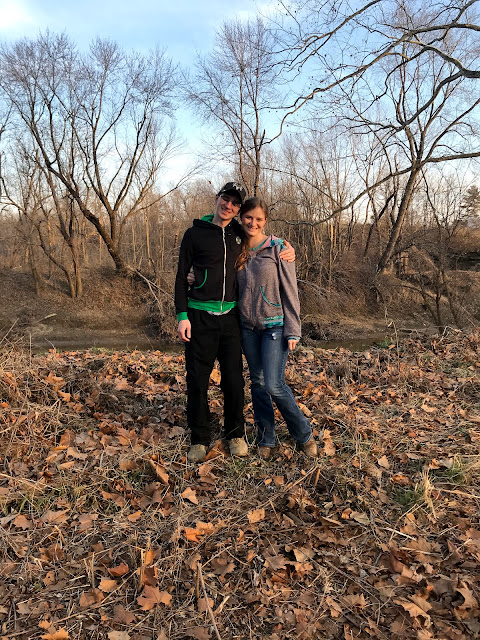 Posted by Alyssa at September 22, 2020
Email ThisBlogThis!Share to TwitterShare to FacebookShare to Pinterest
Labels: Sewing for Boys, Slytherin, Wizarding World