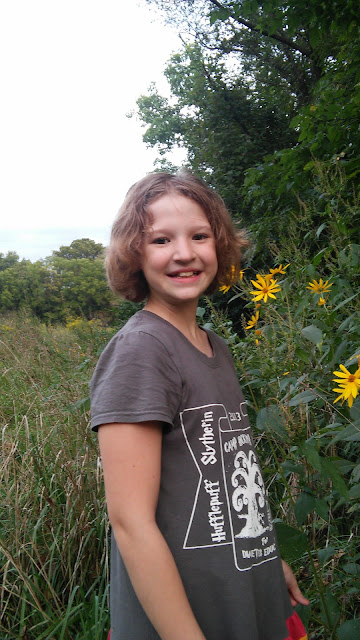 This year when we picked my sister up from camp I noticed that they still had a few themed shirts, in larger sizes, left from her first year. While my sister was busy saying good-bye to friends I snuck over to the T-shirt table and bought one. Yes, it was several sizes too big for my sister, but I had a plan. 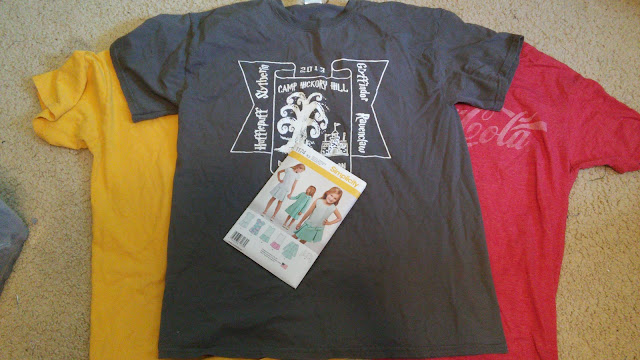 I was going to turn this shirt into a dress! So, once I got home I started brainstorming ideas. I would need more fabric. The T-shirt was large, but not large enough for an entire dress. The theme in 2013 had been Harry Potter. In my stash of T-shirts for rugs I had both a red and a yellow T-shirt. Thus, a Gryffindor House dress this would be. Gryffindor is the Hogwarts house Harry Potter is in. Gryffindor's colors are, you guessed it, red and yellow. I pulled out a simple dropped waist dress pattern, Simplicity 1174, from my stash and got to work. 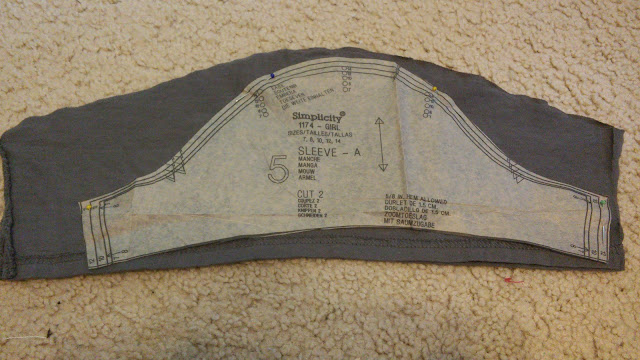 First I removed the sleeves from the shirt. These became the new dress sleeves. 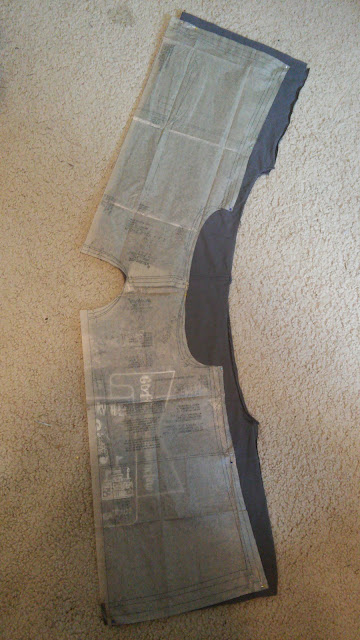 Next I cut down the sides of the shirt, laid it out flat, then folded in in half lengthwise. I laid the front bodice piece on the fold of the front of the shirt and the back on the fold of the back. I overlapped the shoulders of the pattern pieces at the shoulders of the shirt, so that I could keep the original shoulder seams and neck binding, then cut everything as one piece. All I had to do then was set the new sleeves and sew up the new side seams.
The red and yellow shirts I cut into strips to make the skirt out of. 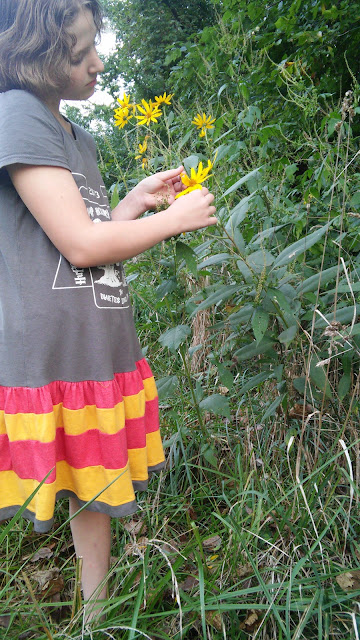 Each shirt got cut into 4 strips, two wide and two narrow. The matching strips were sewn together end to end. Next I sewed the long strips into a stripe pattern. This made large rectangle, which I turned into a loop by sewing the short ends together. I bound the bottom with a leftover strip of fabric from the original shirt then gathered the top edge and sewed it to the bodice. 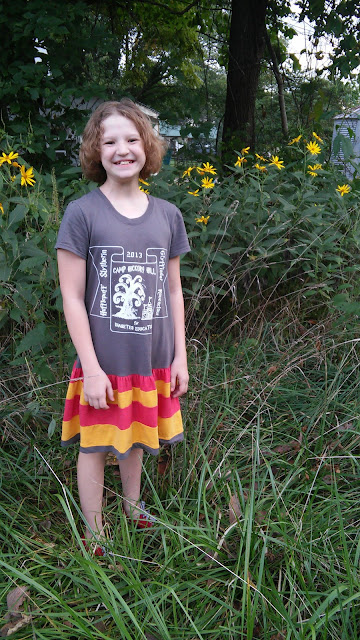 With the help of my serger this dress didn't take long to make at all. Once it was finished I wrapped it up and packed it away to give to my sister for her birthday. 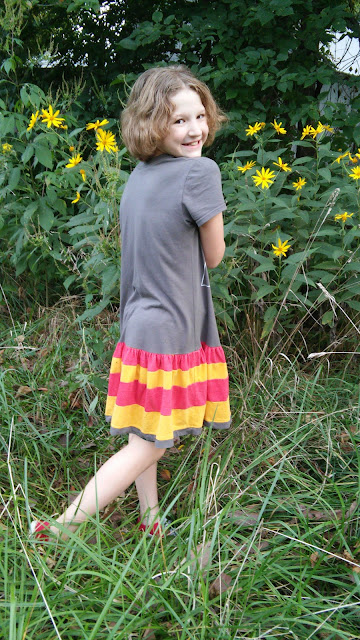 She was incredibly surprised when she unwrapped it and immediately ran to put it on! 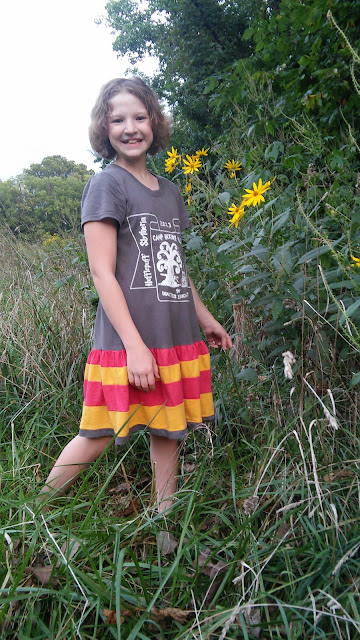 This dress has quickly become a favorite, I do believe, as she has worn it at least once a week, every week, since I gave it to her a month ago. 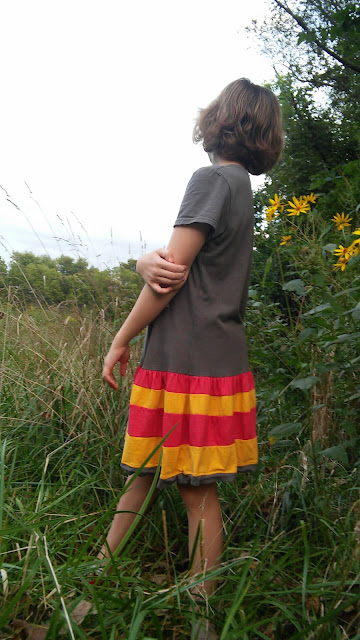 After all, it's just like wearing a T-shirt, only in dress form. 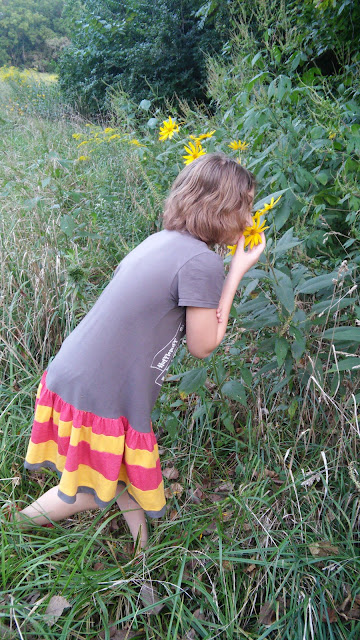 Now, my sister's collection of camp T-shirts is complete!

At least it is until next year.