Over the weekend I made a sunbonnet. Why? Because it's practical. For the 19th century at least. 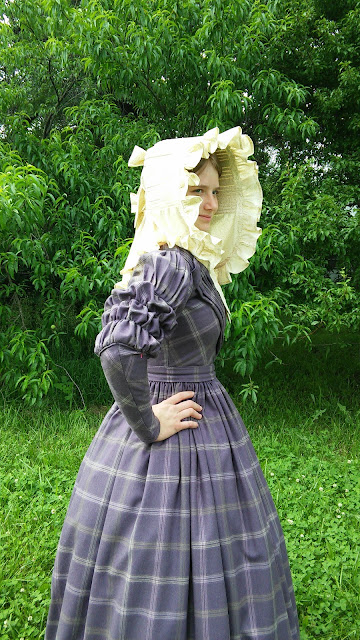 To improve my historical sewing, and hopefully get more historical projects completed, I decided to participate in Historical Sew Monthly (HSM). The way HSM works is every month a new challenge is issued. Participants then make an item from their chosen time period that fits the challenge. (To read more about it you can click on this HSM link on my sidebar.) May's challenge was to make something practical.

After considering several different possible projects I chose the make a sunbonnet like this one from 1850 at the Met museum. 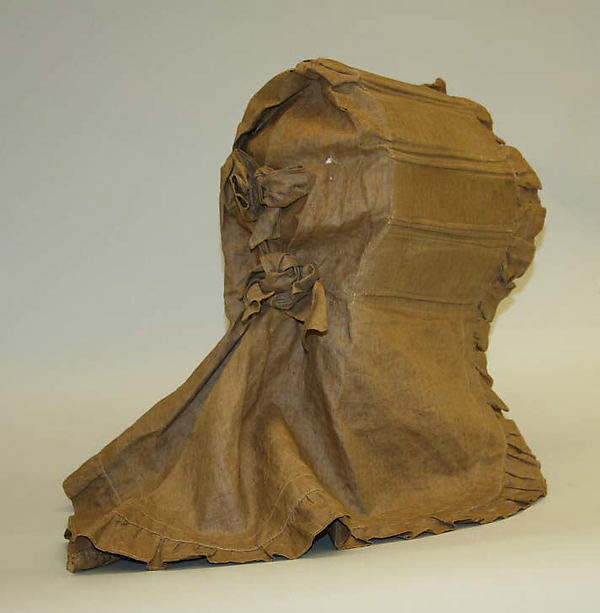 A sunbonnet is a very practical garment as it keeps a lady's face and neck from being sunburned, and keeps the sun out of the eyes.

Once I figured out what I wanted to make I ran into a problem. I had no clue where to start. I had no patterns that even slightly resembled this bonnet. So I asked on the HSM facebook page if anyone could help me. I got lots of very helpful responses! Now I could make the bonnet.

The original bonnet is made of linen, but I had a tan calico already in my stash that I thought would make a great sunbonnet, so I chose to use that.

First, I made a pattern for the bonnet. It is based off a picture of an actual mid-1800s bonnet pattern that one of the fb group members sent me. 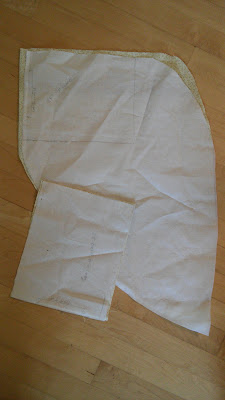 I made a pattern for the bonnet itself and for the brim lining. The ruffles and ties were just strips of fabric. No pattern required for those!

The main part of the bonnet was easily sewn together. I then tried it on to make sure the shape was right. It was! 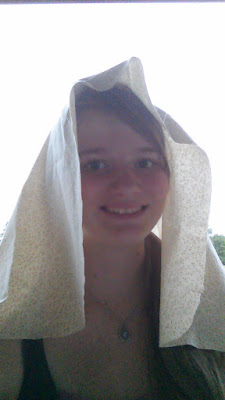 Next I sewed on the ruffle, facing, and brim lining. 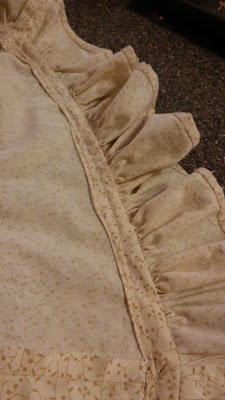 Then it was time to insert the slats. This type of sunbonnet is also called a slat bonnet because the brim is supported by pieces of cardboard or wood, called slats. I decided I wanted wooden slats in my bonnet, rather than cardboard. I didn't want to run the risk of a soggy mess if the bonnet were to get wet! So I chose to use popsicle sticks for the slats. 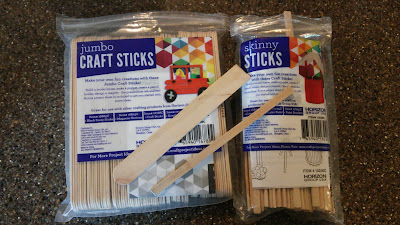 I decided to alternate wide and narrow slats for a look similar to the original bonnet brim. I used my zipper foot to sew the slats in between the brim and brim lining. 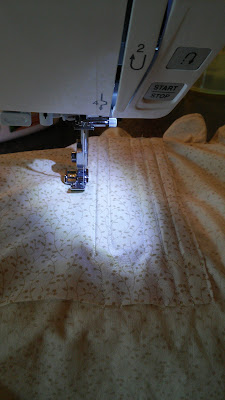 This way the slats are held tightly in place so they won't fall out. Once the slats were in all that was left to do was to sew on the ties by hand. 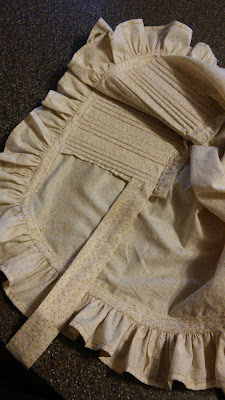 One on either side on the inside of the bonnet to be tied under the chin, and two sets on the back to give the bonnet the right shape. 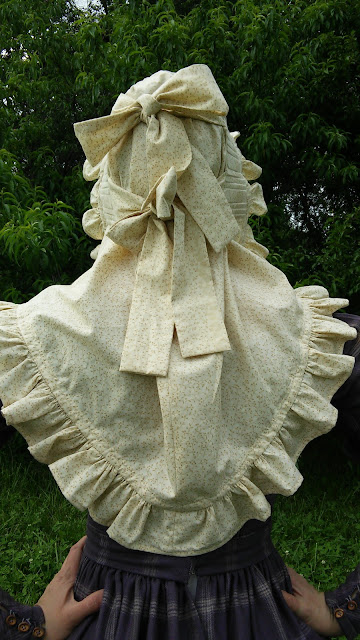 I'm proud of how this bonnet came out! This is one of the first things I've made without a commercial pattern to start from, so in that way it was definitely a challenge. Now that I've seen I can make something simple without a pattern I may have to try making something a bit more difficult from scratch. Hmm, maybe for June's challenge. 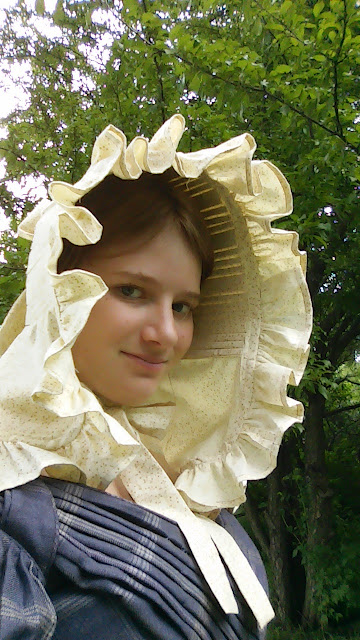 The Challenge: Practicality
Fabric: 1 & 1/2 yards  tan cotton calico
Pattern: Self-drafted, based off original
Year: 1850
Notions: all-purpose thread and craft sticks
How historically accurate is it? 6/10. It's almost all machine sewn, so that's not historically accurate, but my pattern was accurate, the shape is accurate, and the wooden slats are accurate. (though they would have been hand-made)
Hours to complete: I didn't really time it but probably about 4
First worn: Not yet really, just for the picture in this post.
Total cost: about $10 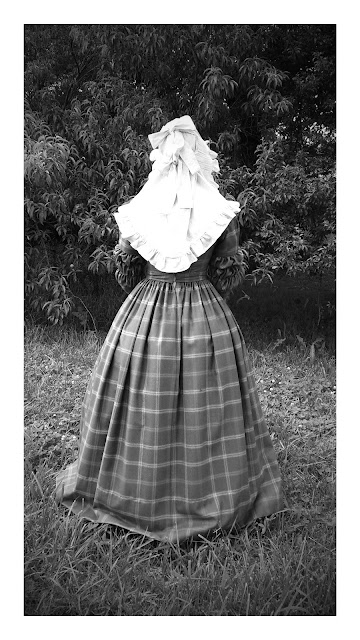 Posted by Alyssa at June 02, 2015
Email ThisBlogThis!Share to TwitterShare to FacebookShare to Pinterest
Labels: Historical, HSM, Me, Sewing