This fall my youngest two siblings got to participate in one of my favorite activities from junior high and high school. An activity I did every year from 7th to 12th grade, the homeschool co-op play.  The plays I did were set in multiple time periods, from medieval to modern(ish). We did dramas and we did comedies. We had a magnificent director, who made us learn our lines (and got a little scary in the weeks leading up to the play), then told us how awesome we did and how proud she was of us once opening night came. Those are some of my favorite memories from high school. So, of course, I was thrilled that my siblings were doing the play this year.

The same director, new kids, new play, same excitement. This year's play was a mystery story (with a touch of comedy), set in the 20's. A very valuable necklace got stolen, who stole it? Well, definitely not the tour guide. Before that could be proved, however, Cathy the tour guide, also known as my little sister, needed a costume.

Once I heard what the time period for this play was, I starting looking at pictures of 1920's dresses. There were lots and lots of pictures of flapper dresses, not what my sister needed. Finally I found some pictures of 20's day dresses that I liked. This one from the MET museum became the base of the design for my sister's tour guide costume. 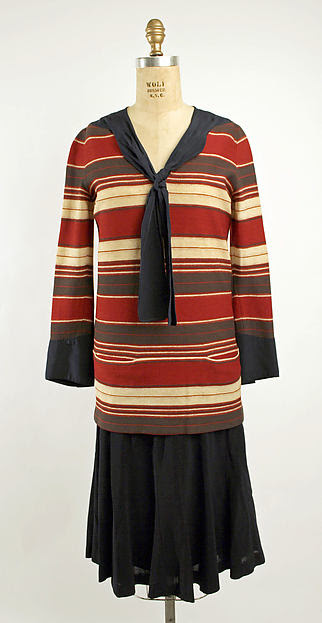 Now since this was just a costume, it only had to look like the correct time period, not be constructed, using historically accurate patterns, as if it was from the time period (which is the goal with my historical clothing) So, I found a few patterns I already had, traced them onto plaid brown paper, and combined them to get the right dress shape. 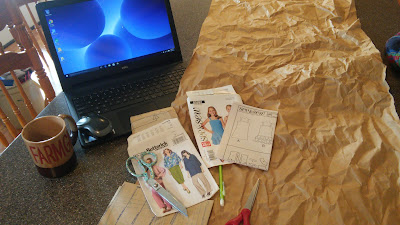 I added a few details to make the dress as historically accurate looking as possible, then got the dress sewn up in one afternoon. 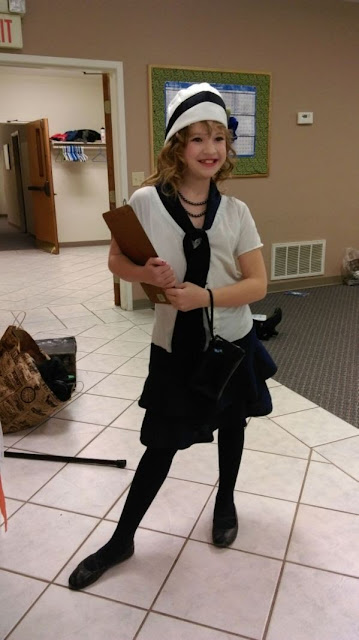 Next came the hat. After looking all over town we couldn't find a hat that looked like it was from the 20's, or even one I could alter so that it would appear to be a 20's hat. I was going to have to make one, and I had no idea how. After a bit of thought I decided to start with a piece of felt and the Styrofoam head I store my historical bonnets on. 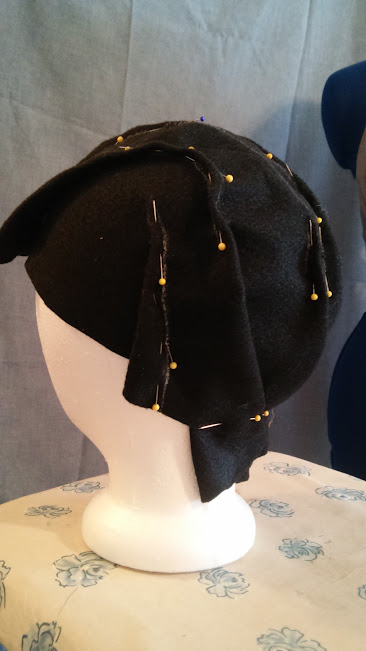 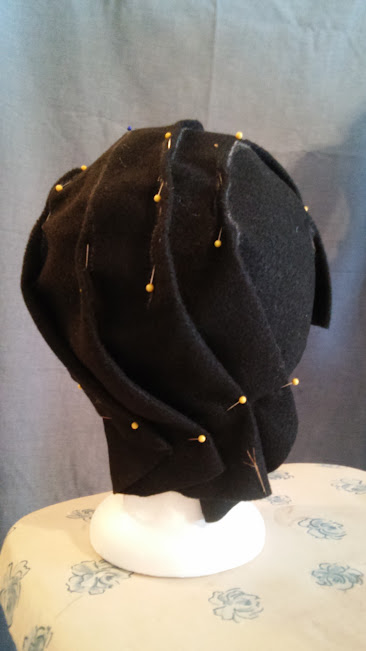 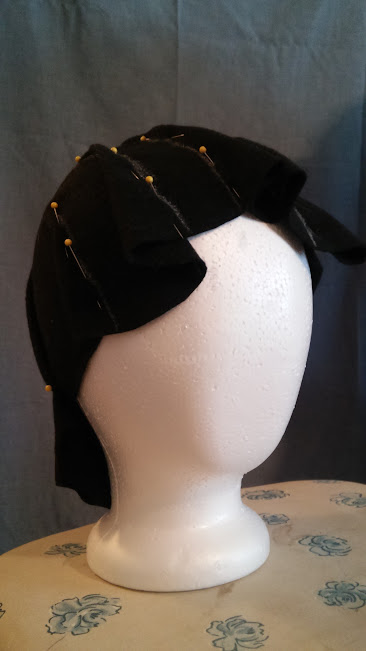 I draped the felt over the head and started pinning. Eventually I had something that resembled a 20's hat. I drew lines onto the felt were all my pins were, then unpinned the felt.

This would be my pattern. I cut it apart along the lines I had drawn, the laid it out on the wool felt I planned make the hat from 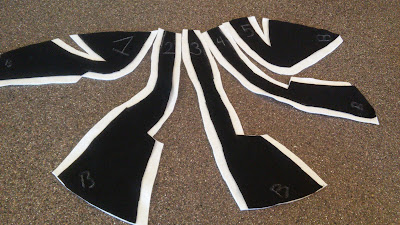 I sewed together the wool felt, then added a brim and some embellishment, and was pleasantly surprised by the hat that emerged! 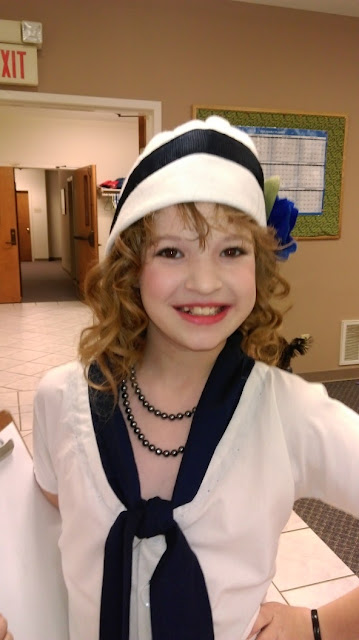 Was it perfectly historically accurate? Far from it. Did it give my sister the right look when she was on stage? Yes, absolutely. Did she do amazing at her role? YES, YES, YES! I am so proud of my siblings and the rest of the cast. They did amazing and kept the audience laughing all night. The play was a success, and the cast looked like they stepped right out of the 20's.
Who stole the missing necklace? The jilted fiancé. What will next year's play be? I have no idea, but I'm looking forward to it, as are my younger siblings!