Kidding week one concluded with 7 goats kidding and a total of 14 live kids.

Not to bad for one week, though I was looking forward to a much slower week (with more free time for sewing and fewer interrupted nights of sleep ) for week two. I had three pregnant goats left, two of which I figured weren't due for another few weeks at least. Well I was right, and I was wrong.

The first half of the week was slow. Finally, Thursday morning, the final goat I expected to kid in February, Emerald (Sombrita's great granddaughter), was in labor. And I had to go to work! (Darned goat, I'd been home all day Wednesday, why couldn't she have kidded then?)

Emerald being a first timer and on the small side, I was a little concerned about not being around when she kidded. I didn't expect anything to go wrong, but still, I wanted to be around just in case.
Well, I went to work like a good girl, and discovered I have the best boss in the world! I told her I had a goat in labor and she had no problem with me coming back home for the morning, until the goat kidded. So, I came back home and a couple hours later Emerald had twin bucks, all on her own, no problems!
I like kiddings that go like that! My sister and I got the new mama and babies moved into a warm shed and back to work I went.

Saturday I had a day full of work ahead of me, all of the previous weekend's babies were getting disbudded, sheds needed to be cleaned, and I was going to worm and trim hooves on all the new mamas. So, Saturday morning I got to work. While trimming hooves I noticed Sombrita was acting a little strange. Could she be in labor? I didn't think she was due for another month. I kept an eye on her, but continued with hoof trimming and worming. Once all the mamas had freshly trimmed hooves I went to check on Sombrita. She was definitely in labor, and very close to kidding! My mom, sister and I took some towels out to the pasture and waited. After lots of pacing, laying down, standing up, and more pacing, Sombrita had one big single. . . 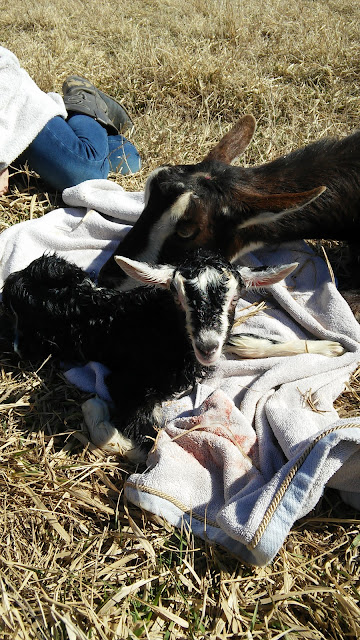 Yes! A doeling! Her first doe in four years! 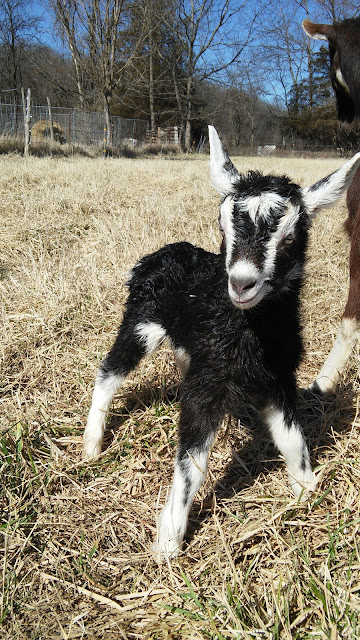 I'm so happy to have a Sombrita Jr! I've named her Giselle, and she will definitely be kept. Hopefully she grows up to be just as amazing as her mother. 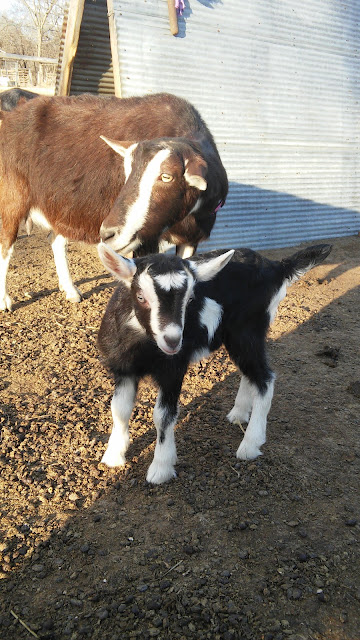 Sombrita is 10 now, and while she's starting to show her age, she's still a great mama. She becomes quite concerned if her baby's not right next to her.

So, week two was definitely slower than week one, but since Sombrita kidded, it was just as rewarding! (I'm kinda crazy about that goat)

Only one goat left to kid now, Katniss. I'm not sure exactly when she's due, so I'm keeping a close eye on her and hoping she goes into labor on a day I'm not working. She's a goat though, so that last part is rather doubtful. :)

9 goats have kidded, 17 babies total, 8 does and 9 bucks. Sombrita's daughter, Giselle, counts as at least 2 doelings out of any other goat though, so I'm calling it even! 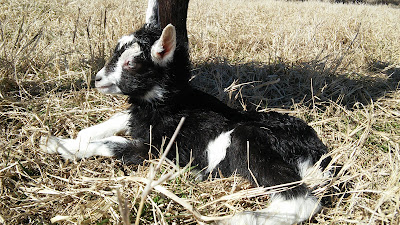 Posted by Alyssa at March 03, 2016
Email ThisBlogThis!Share to TwitterShare to FacebookShare to Pinterest
Labels: Goats, Kidding 2016