It all started because of wizards' robes. While on the World Race last year, I re-read the Harry Potter series, and began to wonder about wizard's robes. In the movies, robes are depicted as garments worn over relatively normal clothing. In the books however, robes are referred to as primary garments, not over garments. This realization lead me down a rabbit hole. I had to figure out what wizards robes were supposed to look like, according to the books. And, while I was at it, I decided I wanted to design and make a Professor McGonagall costume for myself. 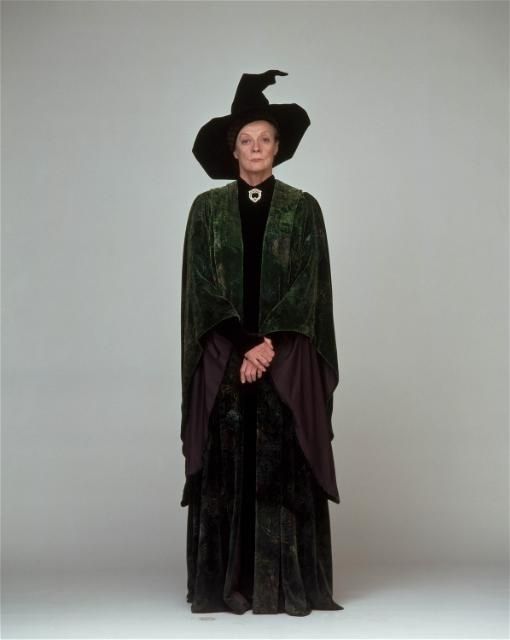 On Pottermore, (the official Harry Potter website) J.K. Rowling mentions wizard's robes are inspired by 17th century clothing. So, I spent some time researching clothing from the 1600's. Then, I decided to go forward from there and look at clothing from later eras that appeared to resemble 17th century fashions. This gave me an idea of how wizard's robes may have evolved over time.  Eventually, I went down another rabbit hole when I stumbled on late victorian tea gowns.

The definition of a robe is a "long, loose, garment." This can be an outer garment, a ceremonial garment, or an at-home lounging garment. Wizard's robes appear to be a mix between the last two items, and that is what a tea gown resembles as well.

In the last quarter of the 19th century, tea gowns were long, loose, comfortable garments, worn by ladies in their homes during the mid to late afternoon. They were absolutely beautiful, and often very elaborate, made from silk wool, and lace, but they were not garments to be worn outside the home. The styling and purpose of these garments reminded me of wizards robes, long, loose, comfortable, and not meant to be worn around muggles (non-magic folks)! Thus, I decided to make myself a historically accurate 1890's tea gown, that could also be worn as a Professor McGonagall costume for Halloween or any other occasion requiring Harry Potter World attire.

I quickly found a tea gown I wanted to recreate - this black beauty made by Liberty of London in 1895.

My next order of business was to find an appropriate fabric for my re-creation. Inspired by Professor McGonagall's attire in the Harry Potter movies, I wanted my tea gown to be black and green. In Malaysia (my final country on the World Race) I found the perfect fabric - a green and black silk jacquard for only about $5 USD per meter! I bought all the shop had (only about 3 meters, unfortunately), and brought it home with me. 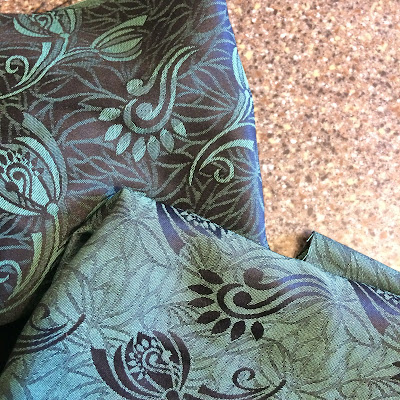 Upon returning home, I began to search for a solid black silk to pair with my jacquard, and found an affordable streaked satin on the Fashion Fabrics Club website. 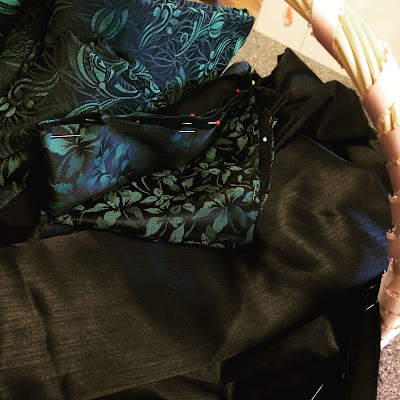 With my materials acquired, I was ready to make my tea gown - and this project was all because of wizard's robes.