Orneriness, and stubbornness (well she's a goat. . .)
My first goat and still my favorite.
She was a first freshening 2 year old in this picture, she's 8 now 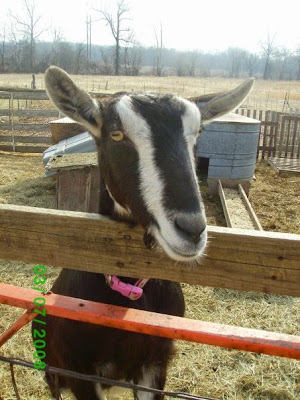 And She's had lots of babies 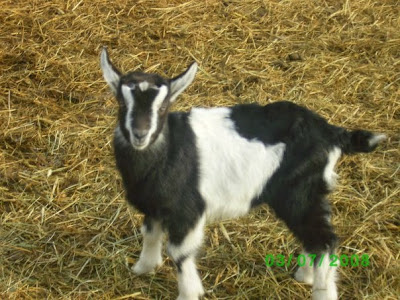 Such as Buckeye, and his sister Ismira, her first babies. 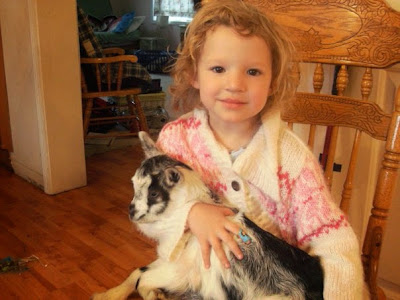 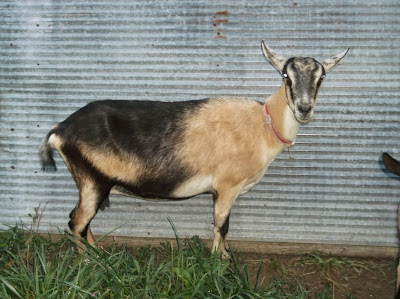 And Valentine who grew up and had a bunch of sons! (Just as ornery as her mother, 4 years old and still hasn't given me a doeling!)

One year Sombrita decided to be especially ornery and get bred out of season. In December of that year she had triplets. If an alpine kidding in December wasn't crazy enough (They're seasonal breeders) One of her triplets was out of a different buck, heck a different breed of buck even, than the other 2. At least the doeling was out of the right buck! 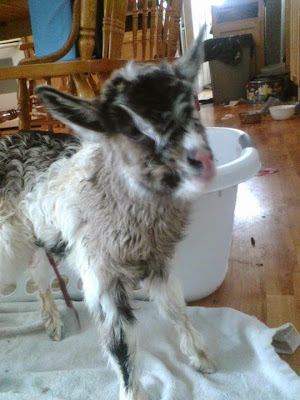 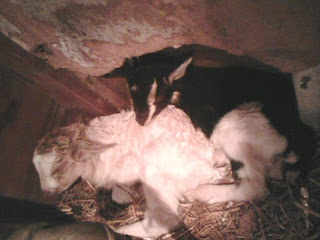 Candy Cane's brothers, The white one was only her half brother. Darned Sombrita. Darned meat goat buck.

The following year she had triplets again! 2 bucks and a doe.
One of her sons has sired some very pretty babies. 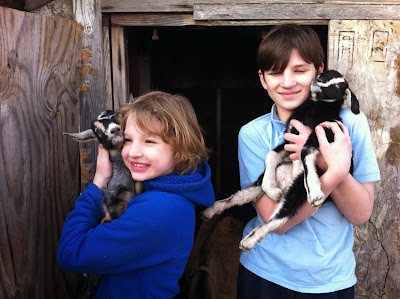 Her daughter too has had a couple pretty babies 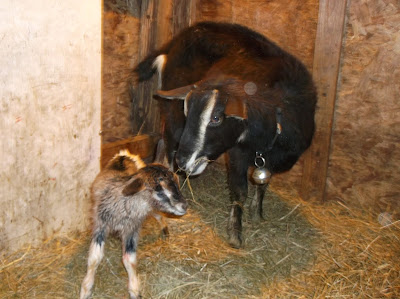 Crystal with a newborn Diamond (Sombrita's first grand daughter, her daughters have been stingy!)

And then this spring Sombrita became a great grandma! 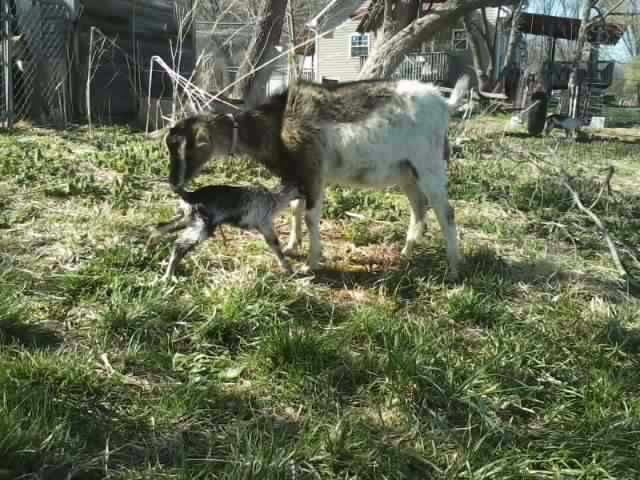 Diamond with her newborn daughter, Emerald.

Along with being an excellent mother, Sombrita is very patient with people learning how to milk her. 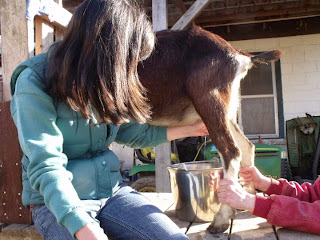 Most people I've taught to milk have learned on Sombrita.

Once upon a time I thought Sombrita would make a good pack goat. 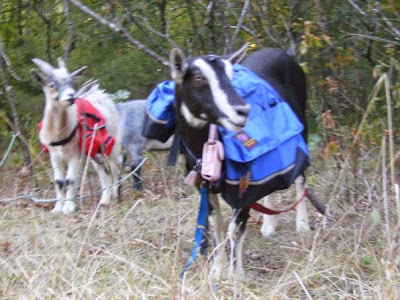 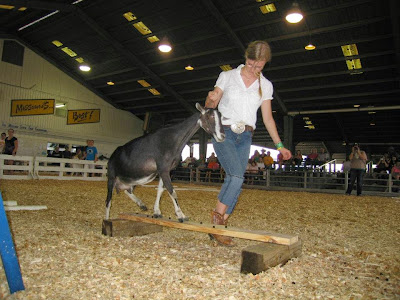 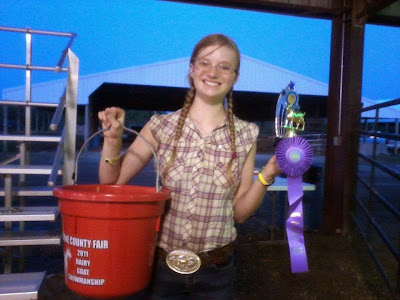 I got 3 impressive belt buckles thanks to her winning the county fair.

I even took her to the ADGA national show twice. 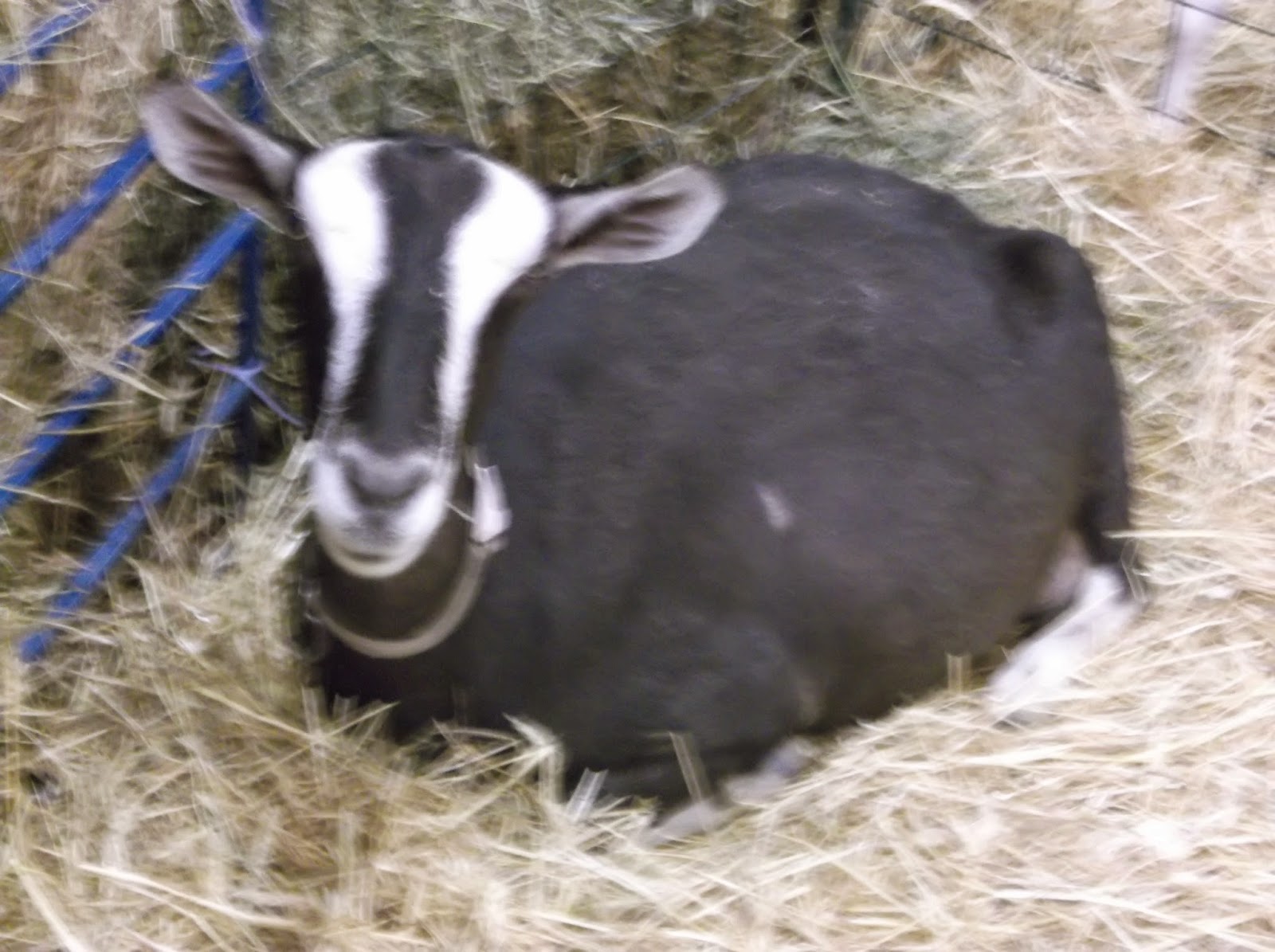 Apparently the pens there met her specifications 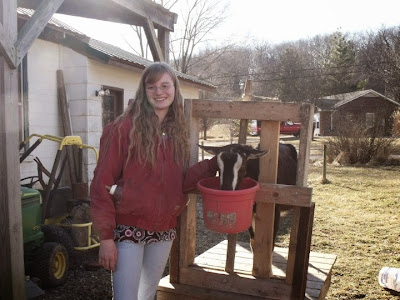 I included her in a few of my sr. pictures a couple years ago
She didn't believe it was important to behave well. . . 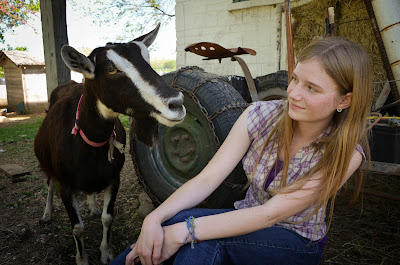 While all my other goats are definitely livestock, Sombrita's a pet as well.

Posted by Alyssa at October 26, 2014
Email ThisBlogThis!Share to TwitterShare to FacebookShare to Pinterest
Labels: Goats