This is the sight I woke up to this morning. . . 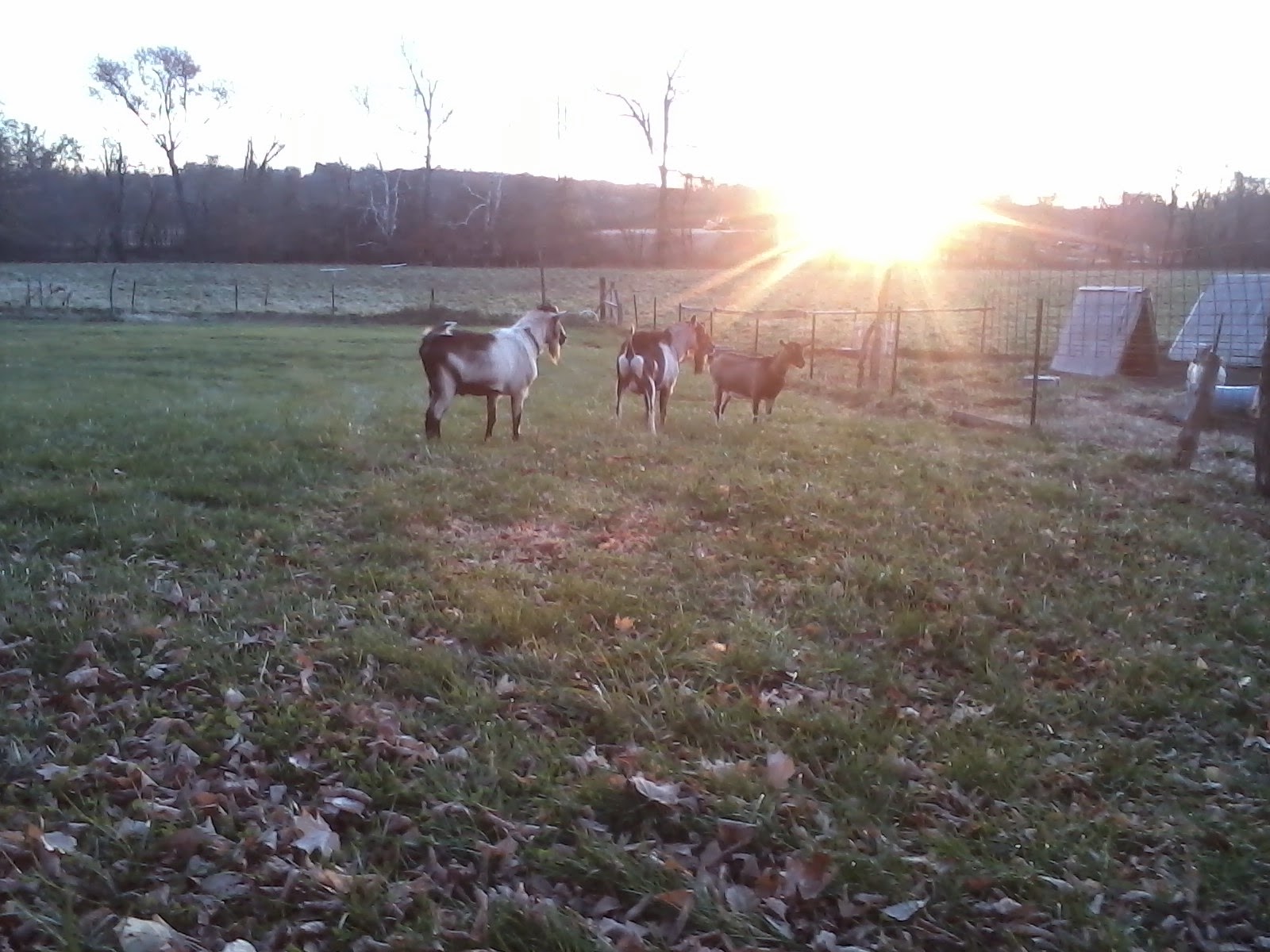 2 bucks and one doe running around in the back yard.
There are a few things wrong with this picture
1) there aren't supposed to be any goats in the yard.
2) there should never be more than 1 buck in with a doe. (guess the sire is not a game I want to play)
3) these animals were all in secure pens last night.

Now that being said it was rather funny to watch them 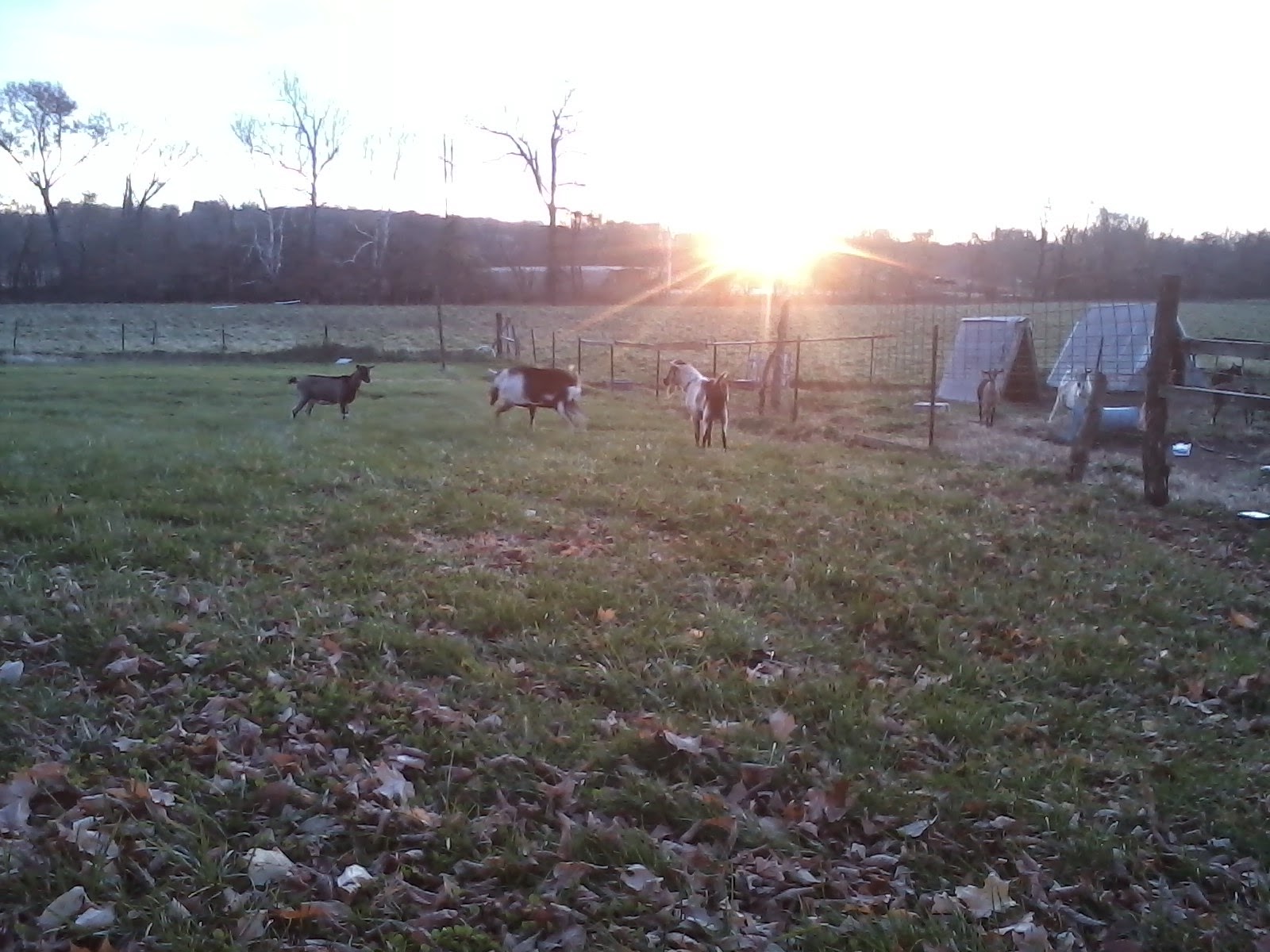 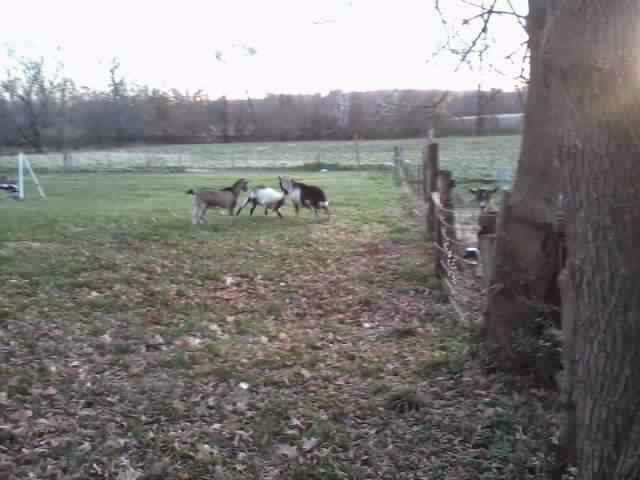 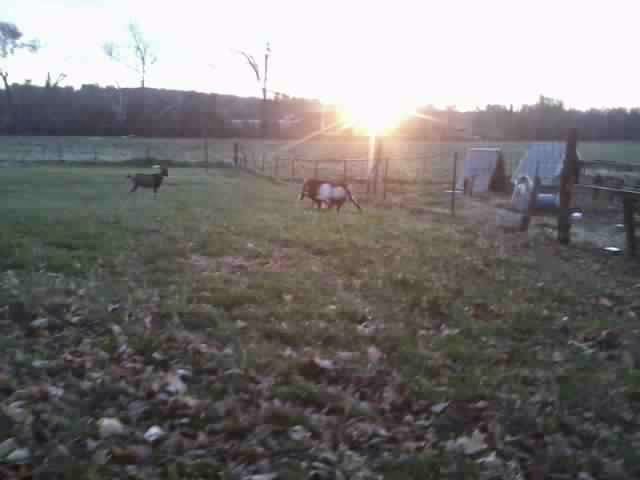 *completely ignore the doe while they fight each other* 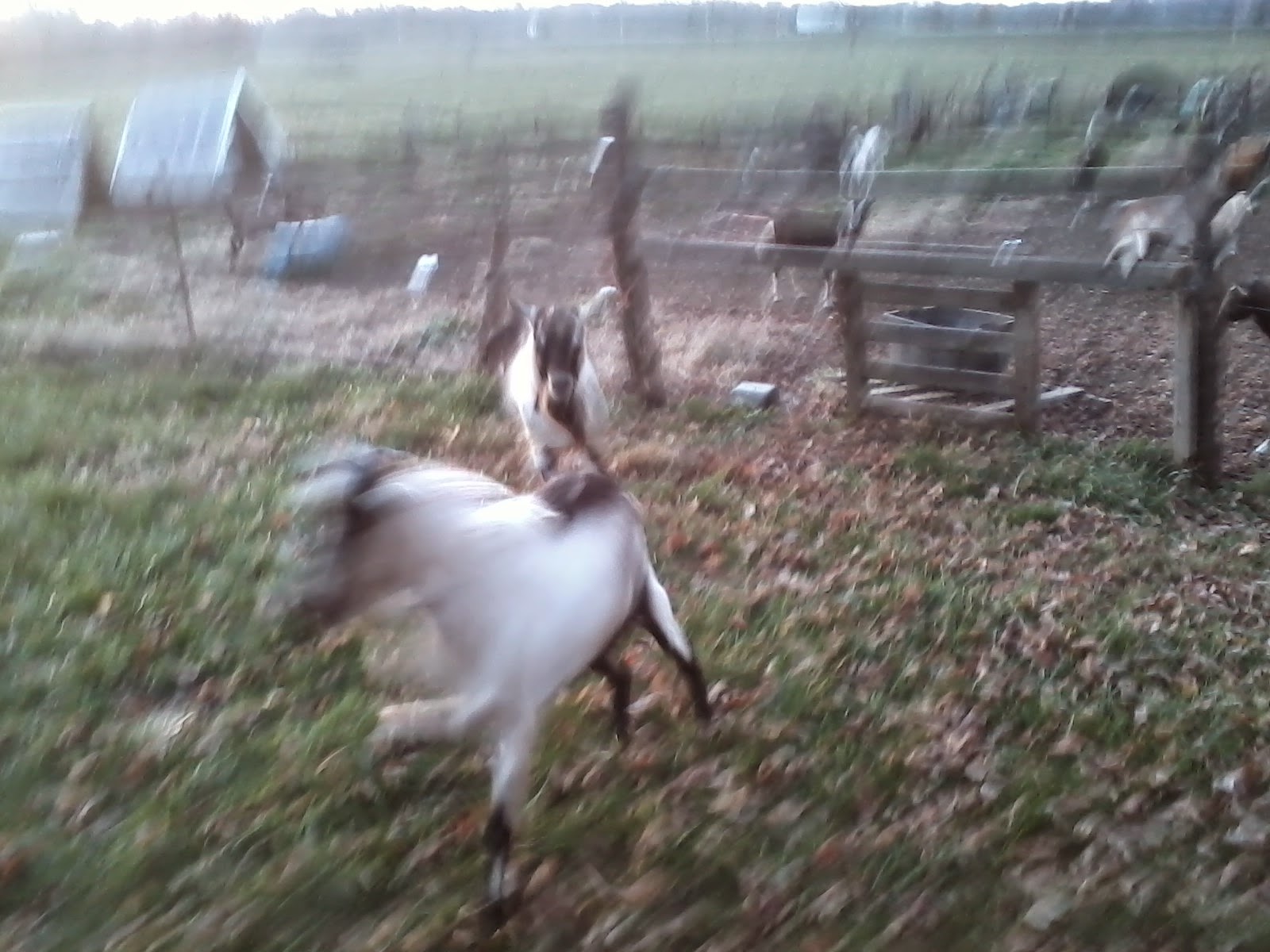 At about this point I caught the buck who wasn't supposed to breed this particular doe (the bigger one, with the most black on him, his name is Coach). 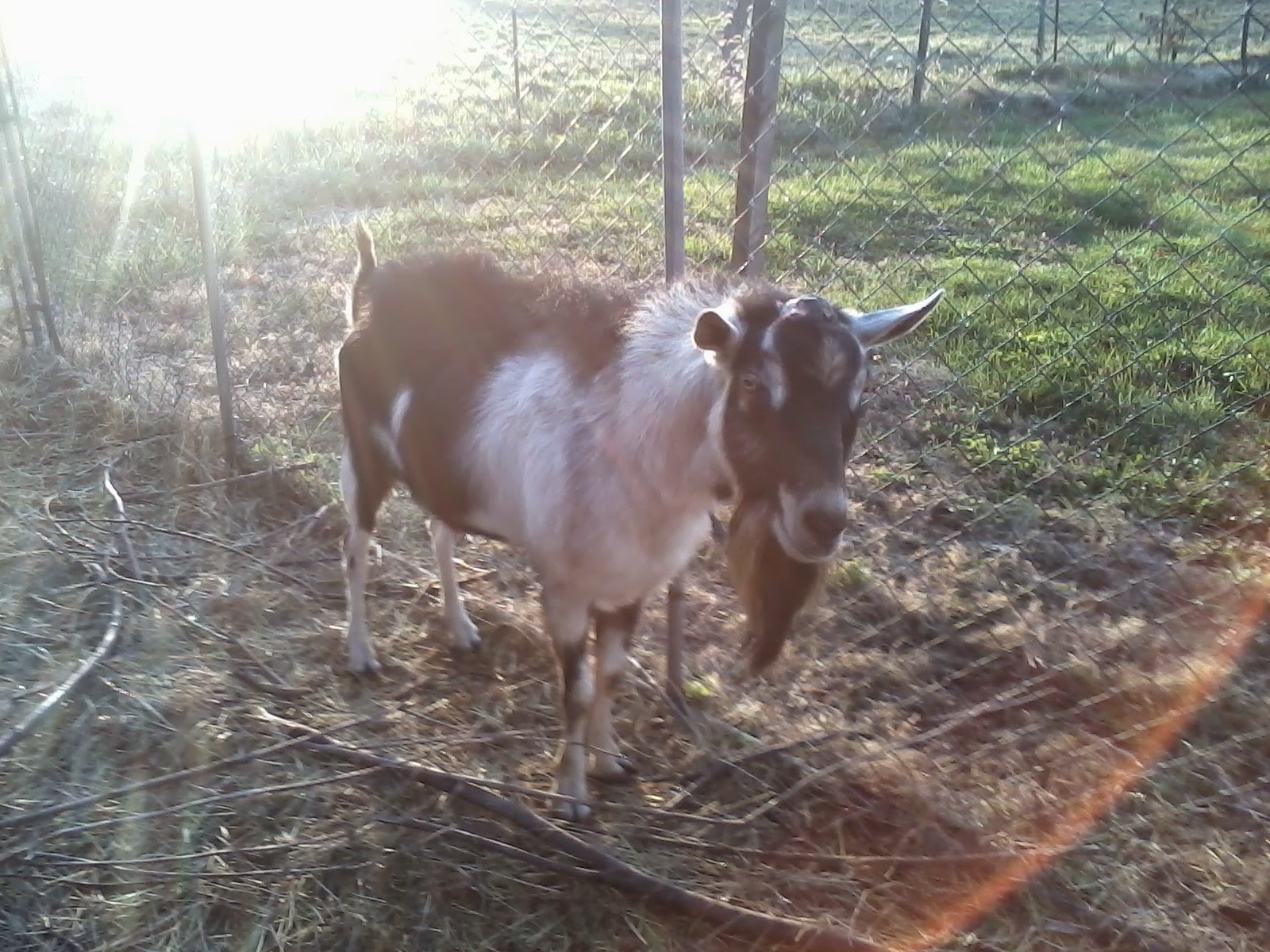 "Why'd you have to shut me up in here? Isn't it my job to chase does?"

Then the remaining buck ( his name is Lucky) went to chasing the doe around and around and around the yard. There was no way I was gonna get them for a while so I left them be. I went to figure out how the heck the doe and Lucky had escaped their pen with the 6 foot high, chain link fence. And this is what I found. 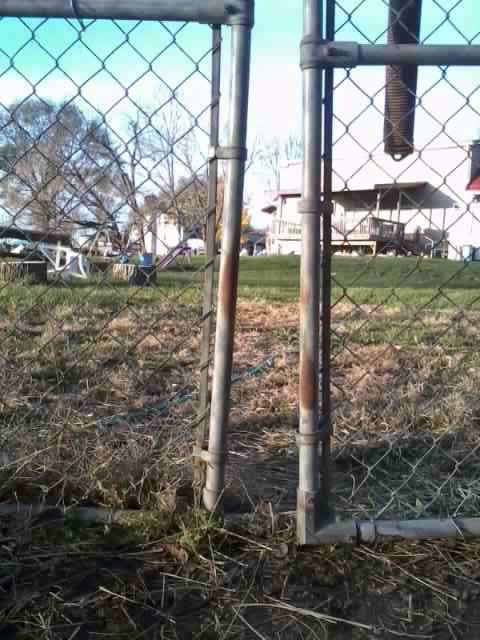 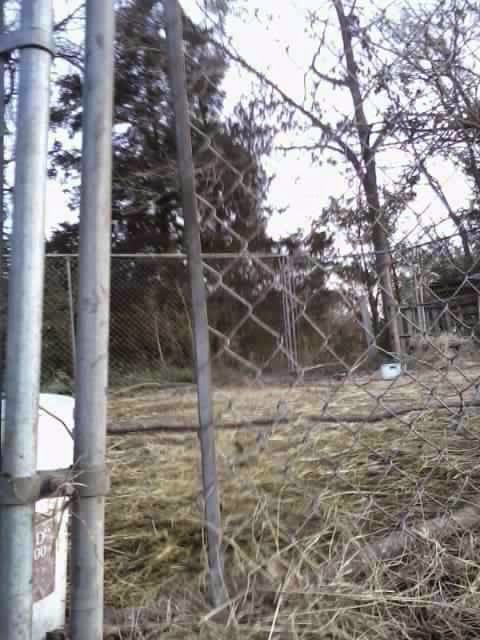 Apparently coach jumped the fence to get out of his pen when he realized there was a doe in heat in another pen. Then he started to fight with Lucky through the fence of Lucky's pen until they bent the fence up enough that Lucky and the doe could get out. Darned bucks. Fixing a fence at 7 in the morning isn't my idea of a good way to start the day.  By the end of this I was beginning to think that goat sausage would taste really good. . . But then I remembered I really like baby goats, and goat milk. So I suppose I need to keep these boys around. They had better give me a heck of alot of amazing daughters for all the trouble they cause!!

Posted by Alyssa at November 10, 2014
Email ThisBlogThis!Share to TwitterShare to FacebookShare to Pinterest
Labels: Goats