10 am, Christmas Eve morning.
I took a break from sewing (I only had 2 things left to finish sewing for Christmas at this point) to go feed the goats.
I fed them.
I made sure they were all there and looking well (I have several due to kid in 2-3 weeks).
I walked back to the milkstand/feed storage area.
Then I heard something.
It sounded like a baby goat! But that didn't make any sense, all the mamas were eating out in the pasture where I had just fed them. All the does were there, none had been acting like they had just given birth, and none were supposed to be having babies just yet!
Well I went to investigate, and behind the sheds I found. . . 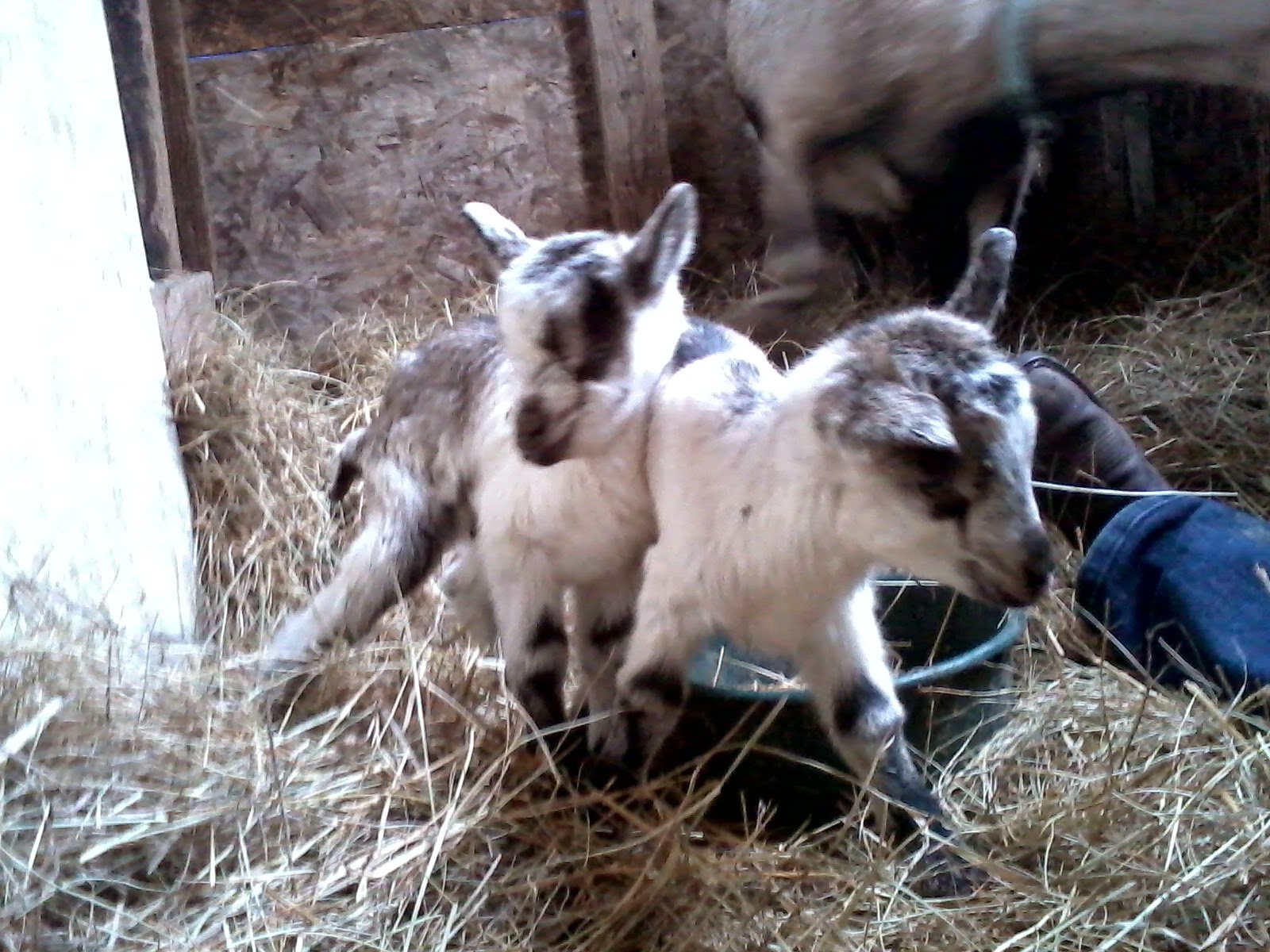 Two newborn doelings!!!
I picked them both up to get them out of the muddy lot and they both started crying, and a mama came running. These were Zing's daughters! I got the mama and babies settled in a kidding shed, and then realized that while one of the babies was up and running around, 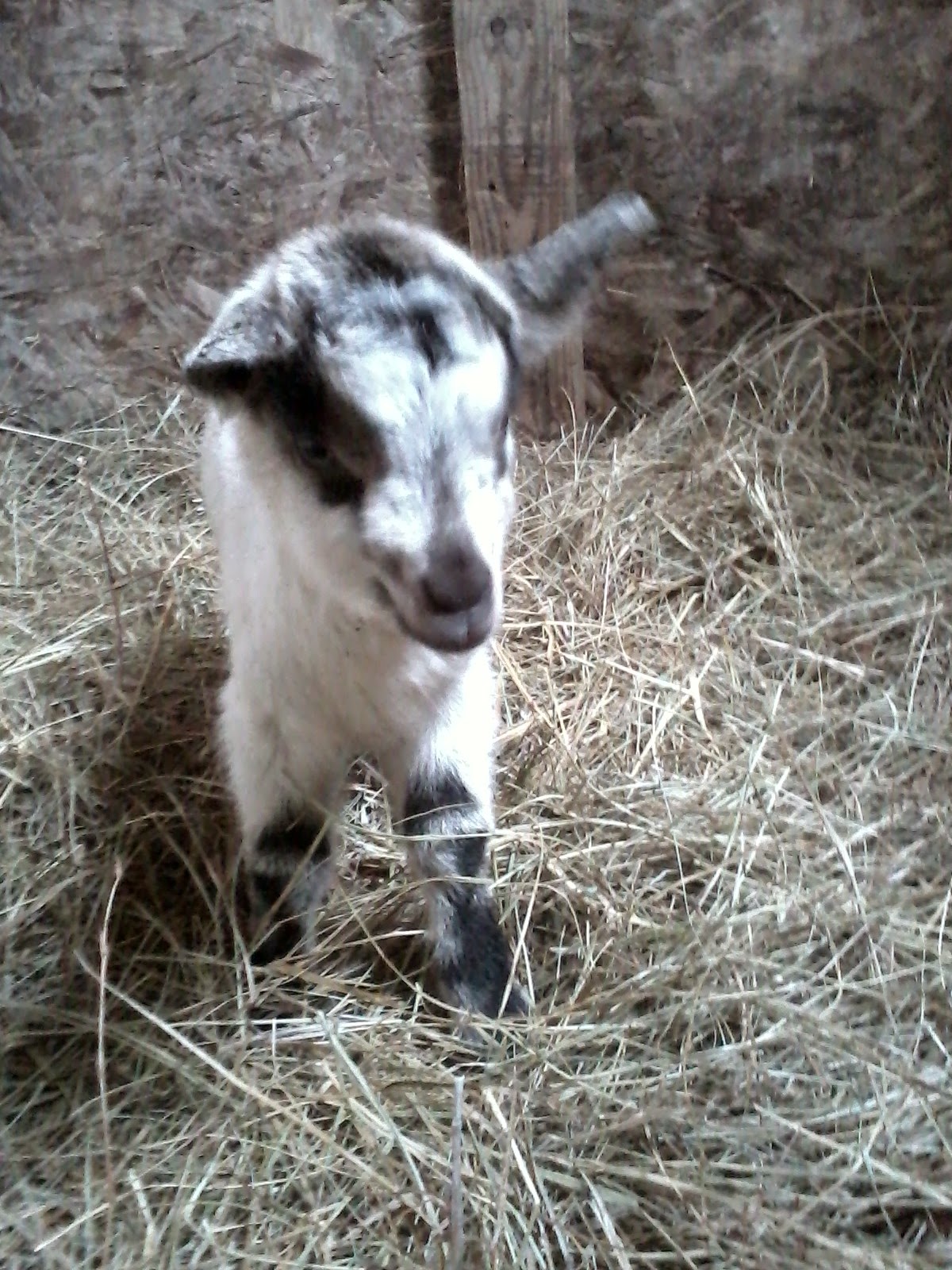 the other was still shivering. So I took that baby into the house, bottle fed her some of Zing's colostrum, and laid her on a towel next to the heat vent. I named her Holly. 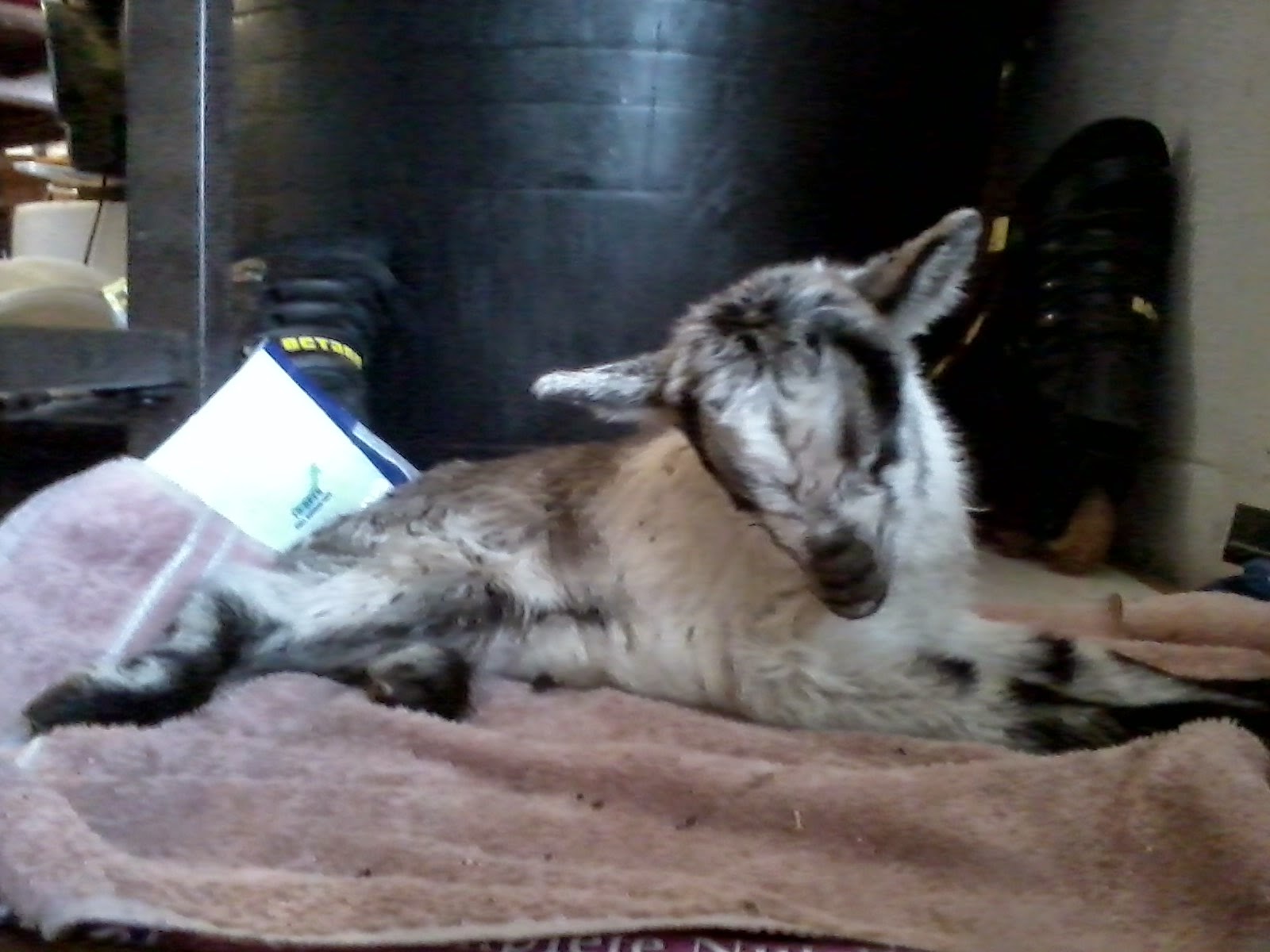 A couple hours later she was doing much better! 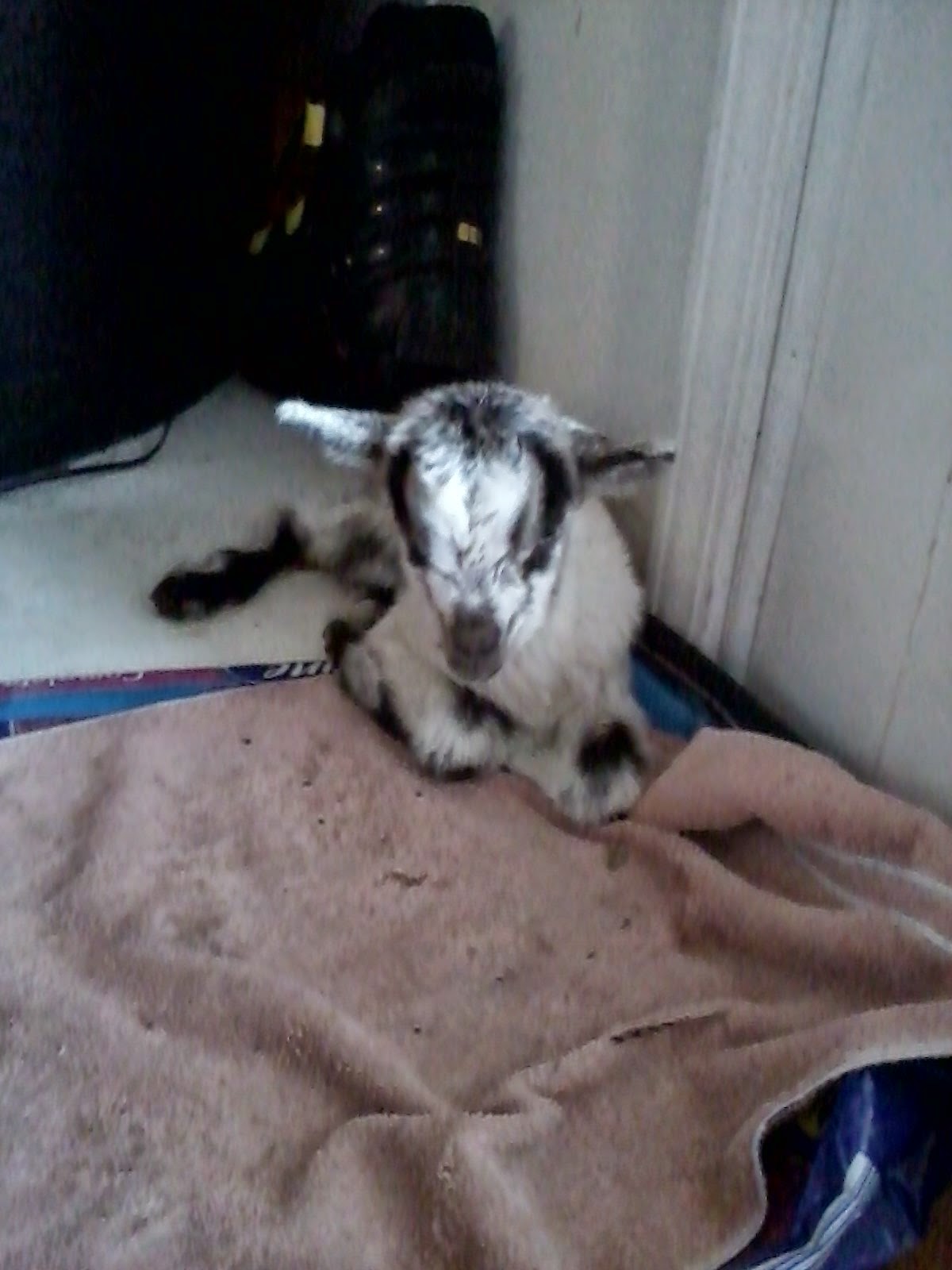 So I took her back out to her mama and sister (now named Mistletoe, what else could I name Christmas Eve babies?) 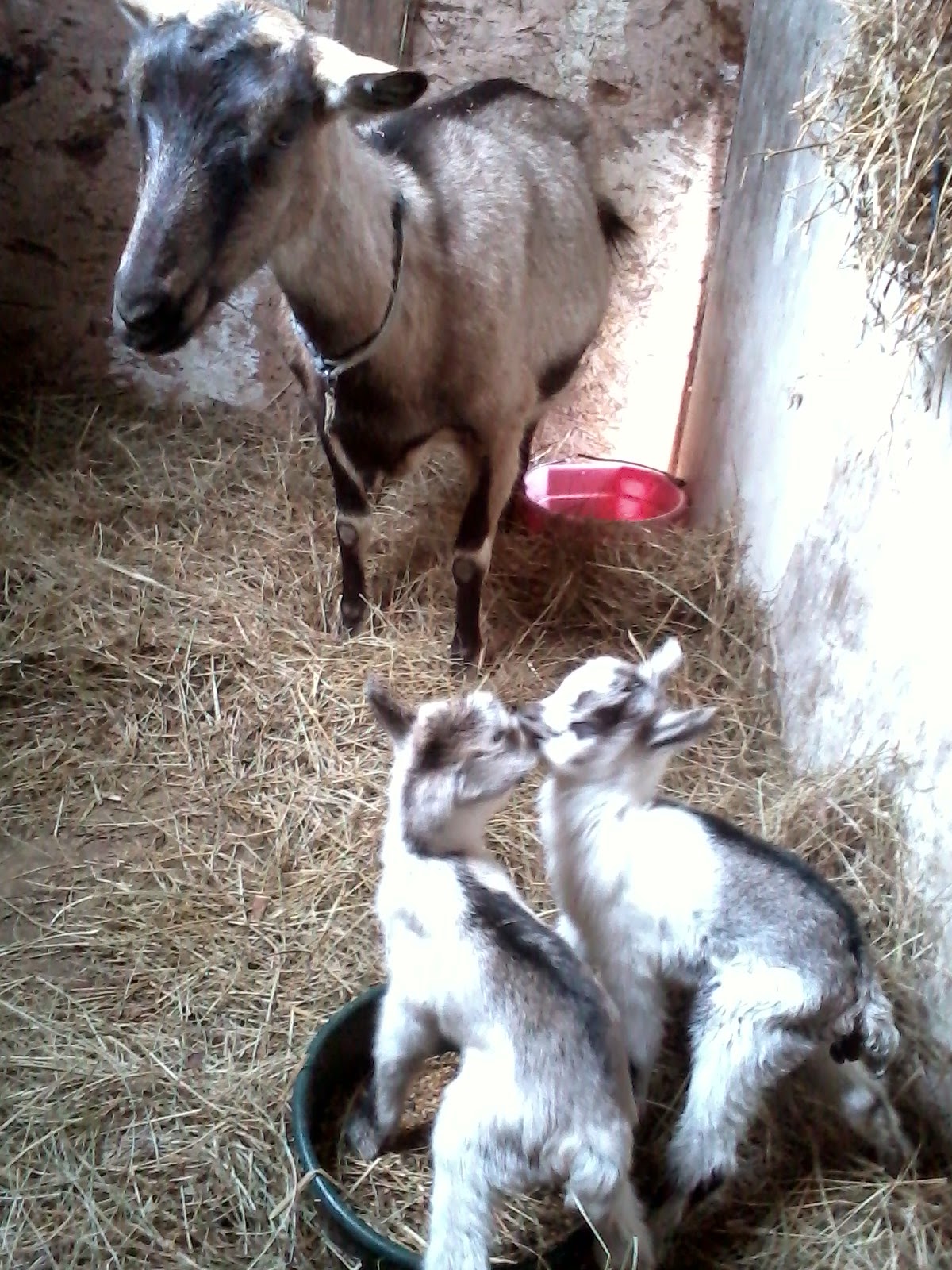 Mistletoe (on the left) was very happy to have her sister Holly (on the right) back in the shed.

Holly nursed and was quite happy to be with Zing and Mistletoe. She still gets cold easily however, so last night she spent the night in the house, but is doing well and back with mama now.

Mistletoe, on the other hand, is very hardy and ventured outside today with Zing. 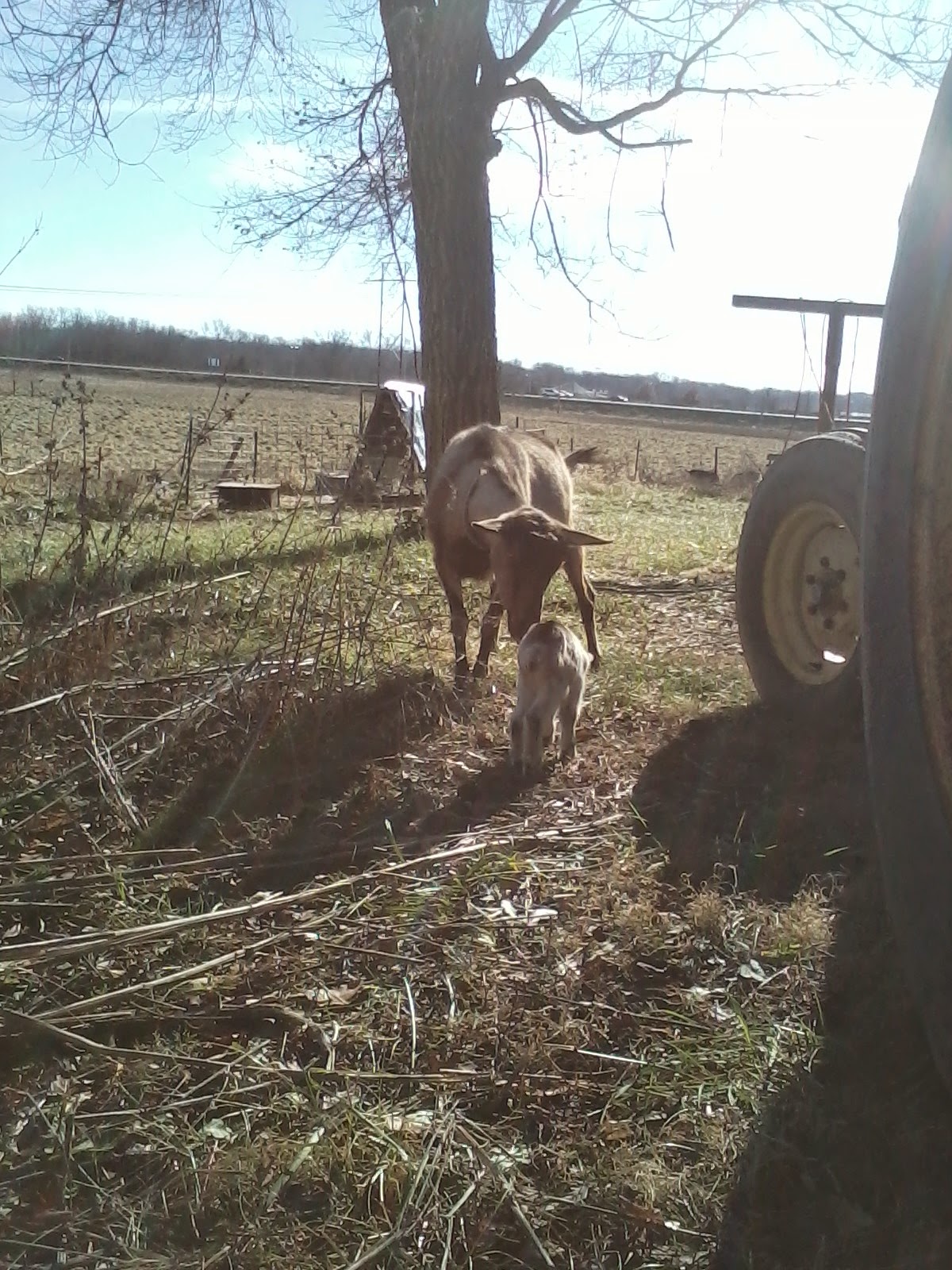 What a Christmas present Zing gave me! Twin does! (typically I get doe and buck twins or twin bucks as my goats are stingy with the does) And somehow I still managed to finish all the Christmas presents I was sewing, by about 1:00 this morning.
Merry Christmas!


Posted by Alyssa at December 25, 2014
Email ThisBlogThis!Share to TwitterShare to FacebookShare to Pinterest
Labels: Goats, Kidding 2015