When you think of historical undergarments what's the first thing you think of? Probably a corset or a hoop skirt. At least that's what I thought of when I decided to make my purple plaid dress. Well I already had a hoop skirt so I decided to make my self I corset to go with it, to wear under the dress. When I decided this the Butterick patterns were on sale at Joann's so I picked up B4254  and got to researching "how to make a corset". Well there is an awful lot of information on how one should make a corset. To sum it all up I learned that I should use steel boning for the best results and make sure that the corset fit me perfectly so it wouldn't be uncomfortable (and here all along I had thought corsets were supposed to be uncomfortable, well apparently not). The steel boning was easy enough, I ordered 10 yards of spiral steel boning online, but the perfect fit took some work.


In about a week I made the corset according to the instructions, with just a few adjustments. I used cotton canvas, lined in with white cotton broadcloth on the inside and covered it with pink broadcloth on the outside. I added some white lace at the top for a decorative touch. I then had my mom lace me up it it. Well I guess it fit ok, but not great. It was too tight in the hips and bust, causing me too look flat chested and the corset to be rather uncomfortable. This wouldn't do. I had to figure out how to fix it.

After doing some more research I realized that I should have made a corset with bust and hip gores to accommodate my curves and give me the 19th century hourglass shape. Well at this point I considered making an entirely new corset, but as I'd put all the work into this one that didn't appear to be the best plan, so after lots of thought I decided to figure out how to add gores to the corset I already had.
Adding bust gores was easy enough, 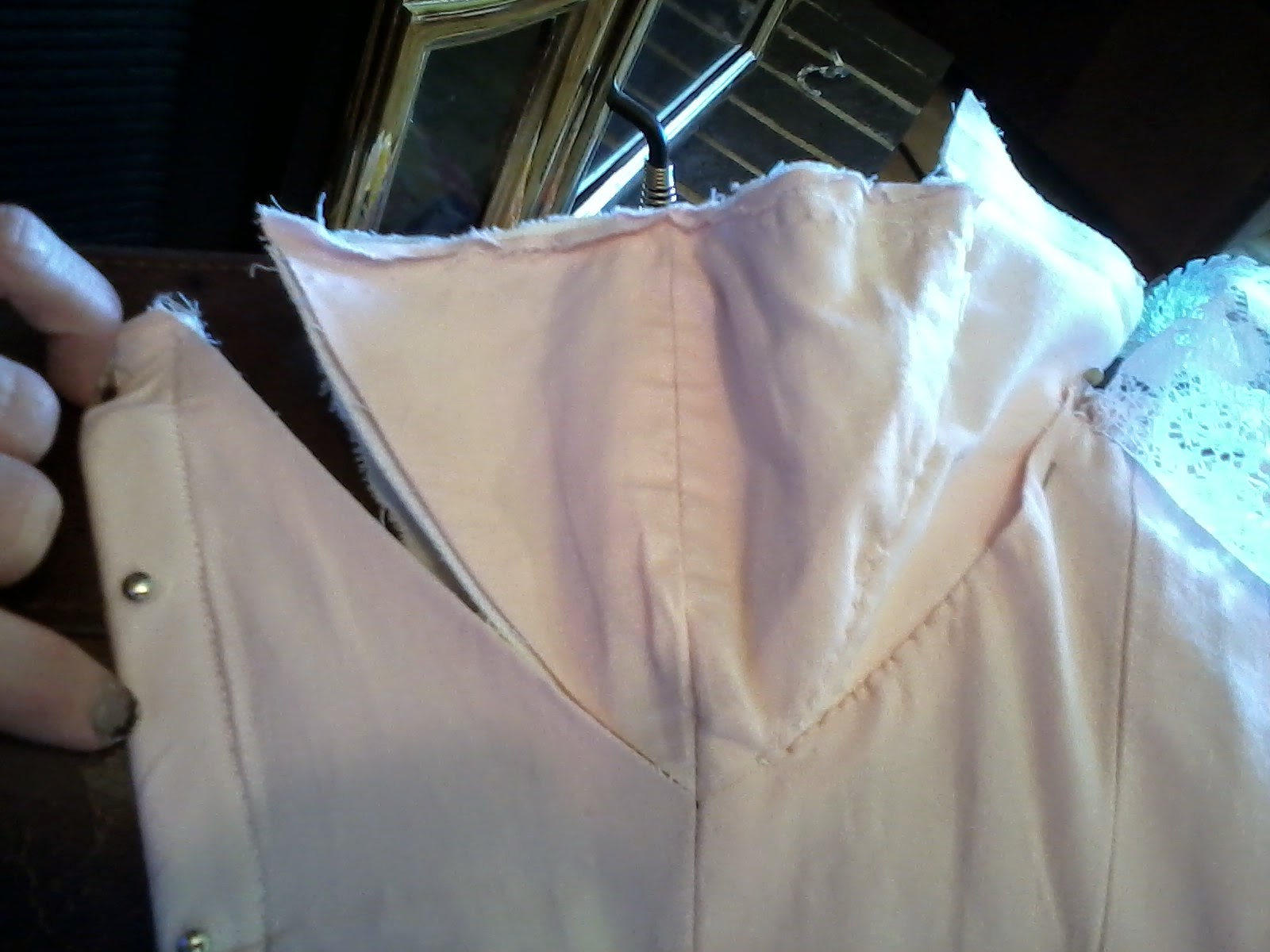 I ripped out the seams on either side of the cup pieces and hand sewed in a long triangle of fabric (3 layers like the rest of the corset, white, canvas, and pink) 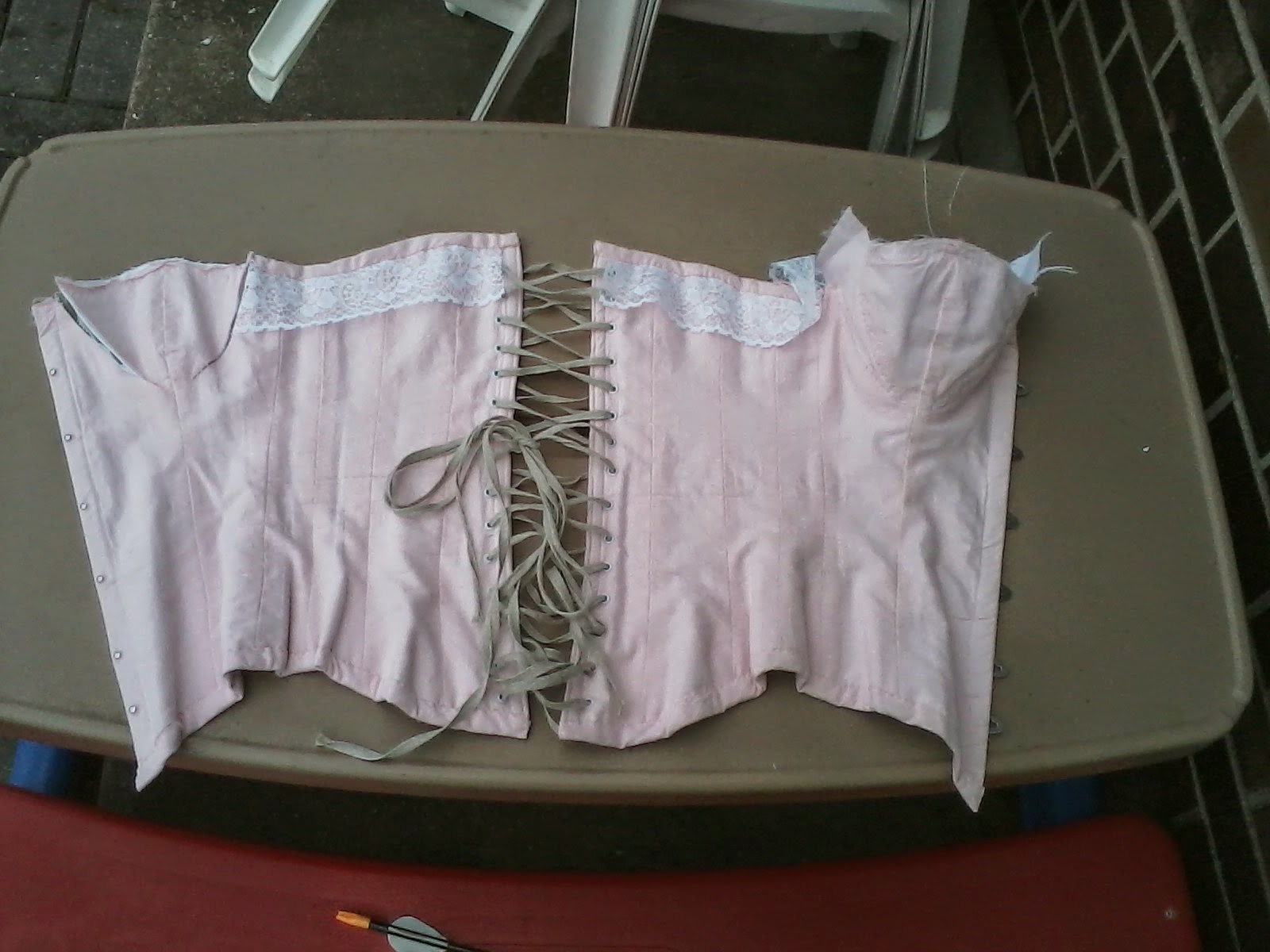 The corset was then a bit too big in the bust, but it's much easier to make things smaller than make them bigger so that was easy enough to fix.

I then had to add the hip gores. This was a little tricker as all the hip seams had boning in them so I couldn't add the gores at a seams. So I cut my corset (This made me a little nervous), between 2 seams on either side, from the bottom and up about 3 inches. I then hand sewed in the gores. 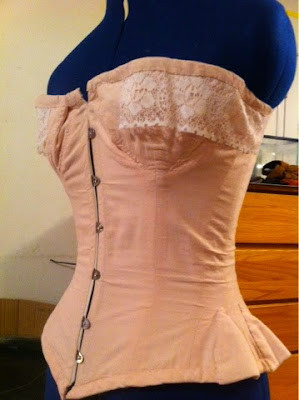 Well then the corset fit perfectly! 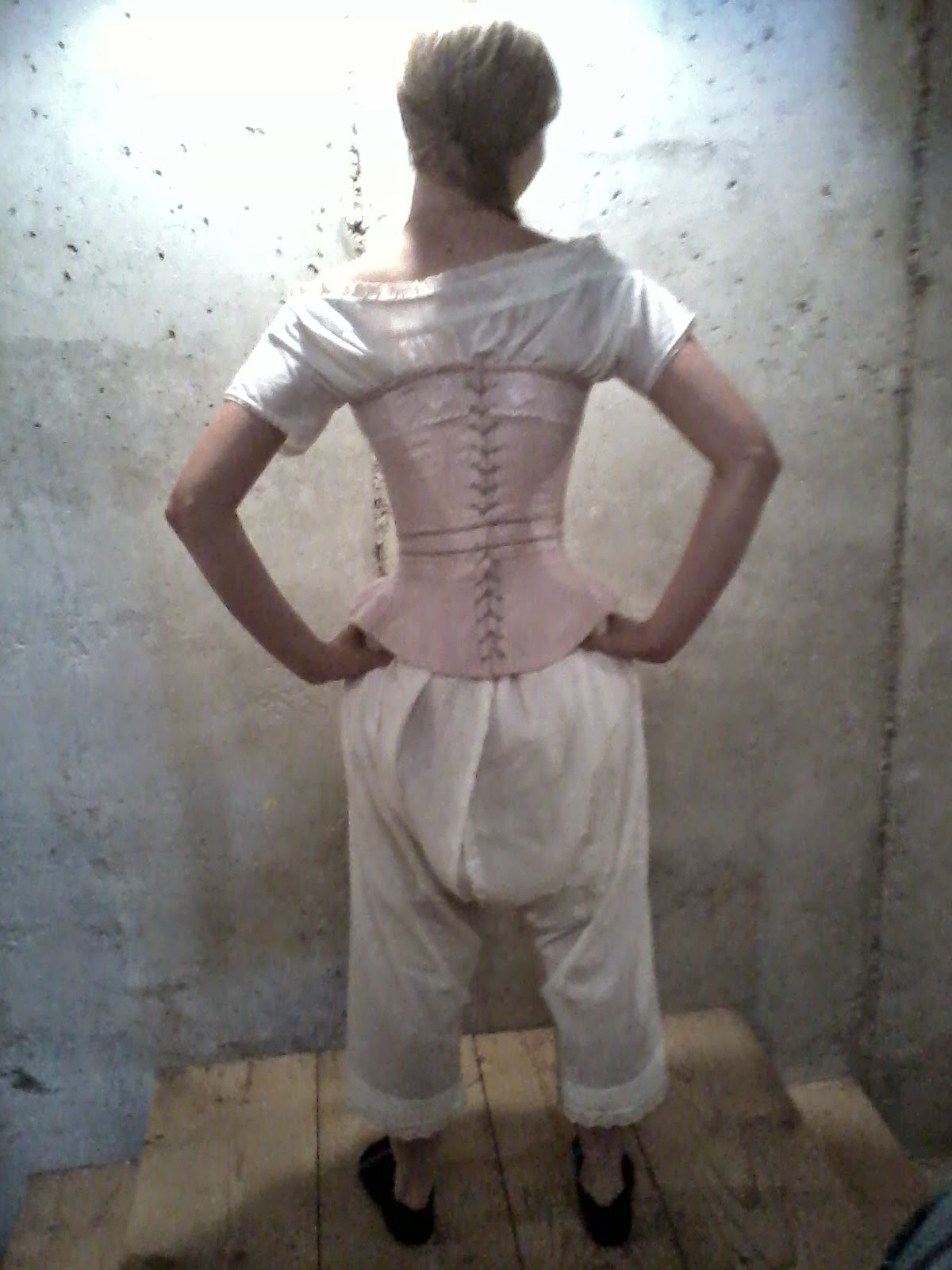 Under my corset I'm wearing a chemise and drews, two more required victorian undergarments, made from Simplicity 2890. The chamise prevents chaffing from the corset and the draws are for warmth and modesty's sake.

Once the corset, chemise, and draws were done, I was ready for the hoop skirt, If my dress were from about 15-20 years latter than it is. Apparently hoop skirts weren't around until the mid 1850's, so I really shouldn't wear one with my late 30's/early 40's dress. Instead I needed lots of petticoats.

First I made a corded petticoat, using think cotton cord sewn tightly into tucks on the petticoat. 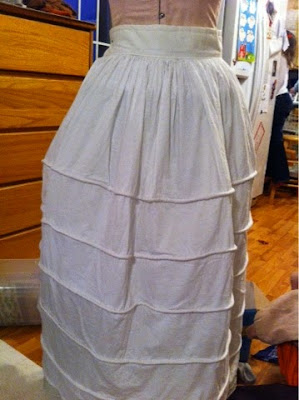 It turned out pretty well, but didn't give the skirt enough of a bell shape, so I made a quilted petticoat to go underneath it. 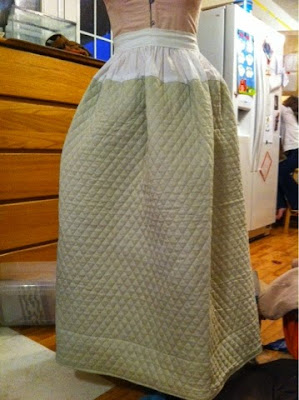 For this I cheated and used pre-quilted fabric. I made a yoke out of cotton broadcloth since the quilted fabric was too thick to gather. I also faced the hem with broad cloth. 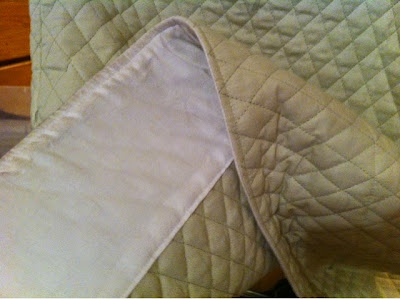 Now of course I needed some regular petticoats to go with the corded and quilted ones. So using a sheet with eyelet edging that I found at Salvation Army I made this one with lots of tucks for a little extra stiffness. 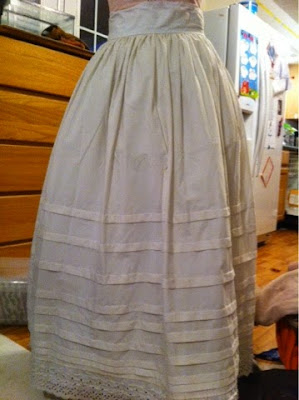 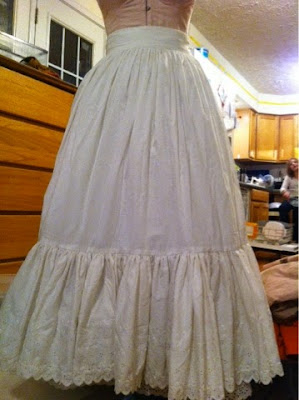 It's made of cotton muslin and the eyelet came off a bed skirt I got at Goodwill (I love thrift stores, old sheets make great, inexpensive fabric for lots of different projects) I think this my favorite petticoat, it's just so pretty!

So those are all the underpinnings that had to be worn in the 19th century, I love old fashioned dresses, but goodness, I'm so glad I don't have to wear all of that every day (but it's a lot of fun to wear once in a while!)

Now this week I'm traveling with my mom and I brought my Civil War ball gown along to work on. That's a dress I can wear my hoop skirt with! I can't wait to get started!!

Posted by Alyssa at February 15, 2015
Email ThisBlogThis!Share to TwitterShare to FacebookShare to Pinterest
Labels: 1830s-40s, Historical, Me, Sewing