Three 10k Tanks, All At Once

I live in tank tops in the summer. Those real cheap cotton rib knit tanks from Walmart? Those are my jam. I have a whole rainbow array of them in my second dresser drawer. I've had most of these tanks for about 7 or 8 years now, and they've served me well. But, unfortunately they are wearing out and need replacing. 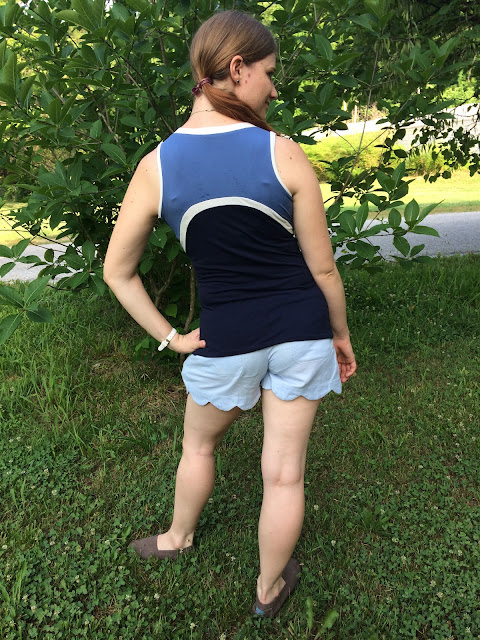 Now, I could have gone to the store and picked up a handful of relacement tank tops, but what's the fun in that? Tank tops look pretty easy to make! I might as well sew myself some! 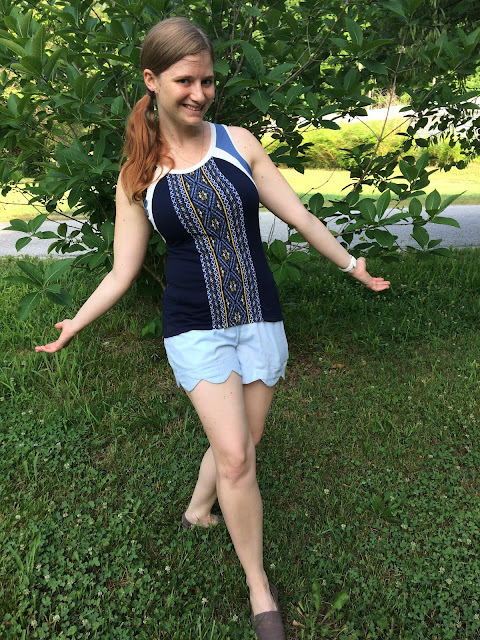 That's what I thought at least, however, it turns out there are a lot of things more interesting to sew than plain old tank tops. Thus the tank tops didn't get made - until I gave myself an external deadline to get these garments sewn by. 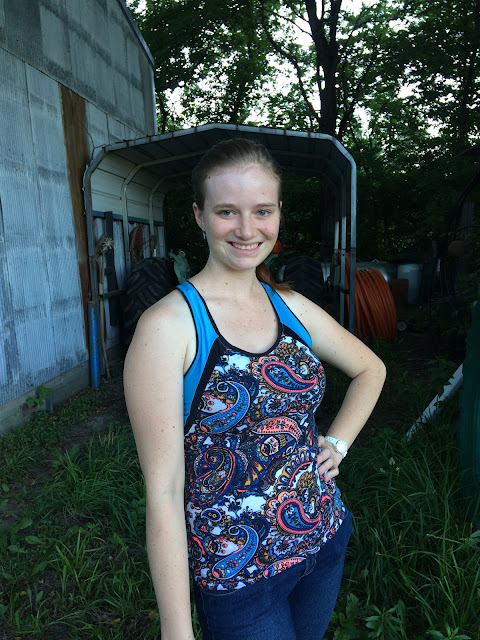 I signed up to test a tank top pattern - The 10k racerback tank by Pickle Toes Patterns. This color blocked top is a bit fancier than my usual tanks, but its surprising fast to sew and the finished garment is incredibly flattering! 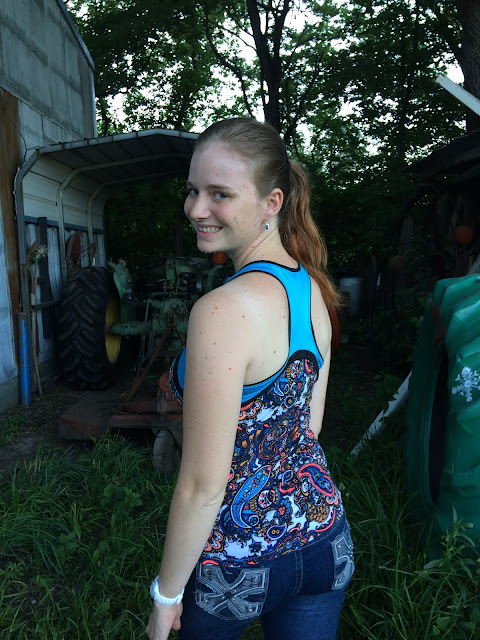 I tested this pattern while I was costuming the Mulan play (yes, I believe I'm insane), and wound up making 3 new tanks during the course of the test. Thankfully, I could easily whip up this top first thing in the morning, right before work. If it hadn't been so quick and easy to make, I would have been in trouble! That play had to be costumed, this pattern had to be tested, work had to be gone to, and the goats had to be cared for - not to mention the dozen or so unplanned for things that seem to creep up every week! 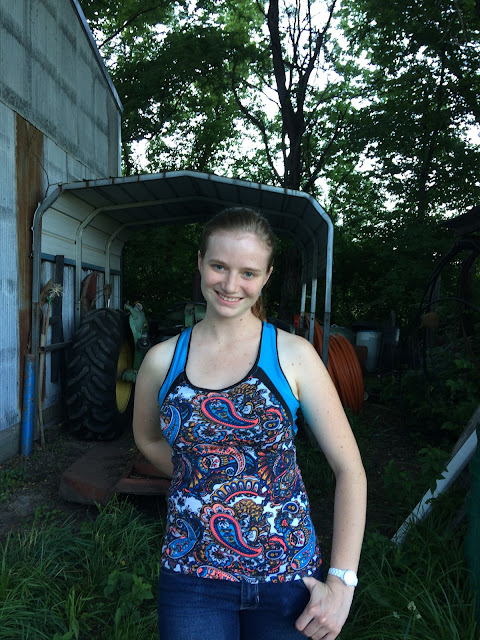 The first top I made during testing might just be my favorite of the three - it's so fun and colorful! The paisley jersey knit I ordered online to make a dress. But when it came it was so bright, busy, and almost garish, I couldn't imagine clothing my entire body in it! A small dose of it in tank top form however? That I could do! And now that's done, and I love the result, so I'm re-considering my original dress idea. I'll keep you posted! The black fabric for the bands was left over from making my sister a shirt, and the blue for the yoke was left from making her a swimsuit. (both projects have yet to be blogged) 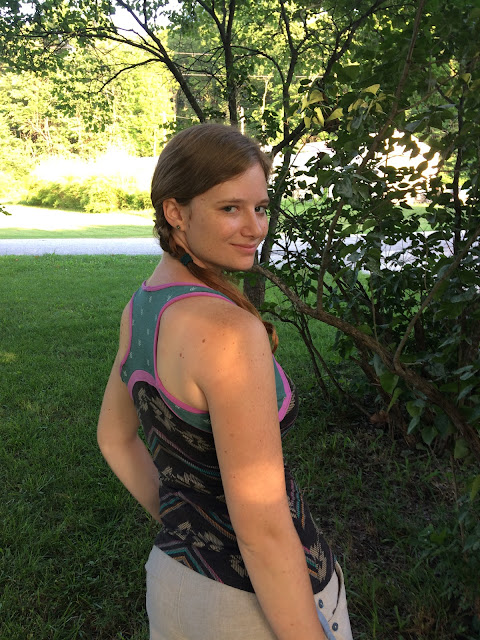 After I made the first tank, the pattern designer made some minor alterations to make the already awesome pattern, more awesome. Thus, it was time to make another! Enter version two. 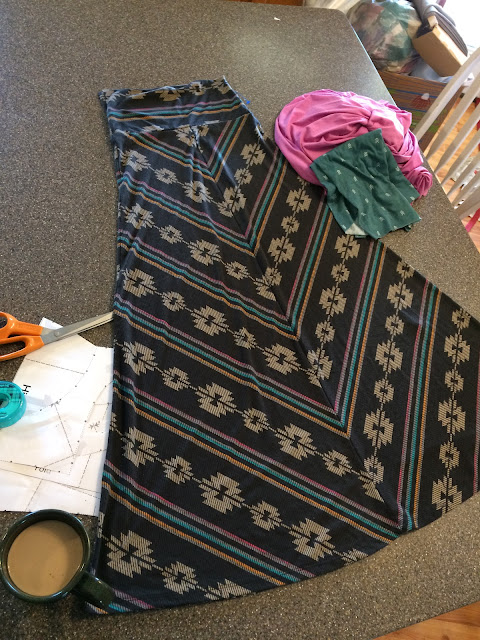 I actually made this tank out of a knit maxi skirt from Goodwill. Maxi skirts are one of my favorite sources of knit fabric for small projects such as shirts. 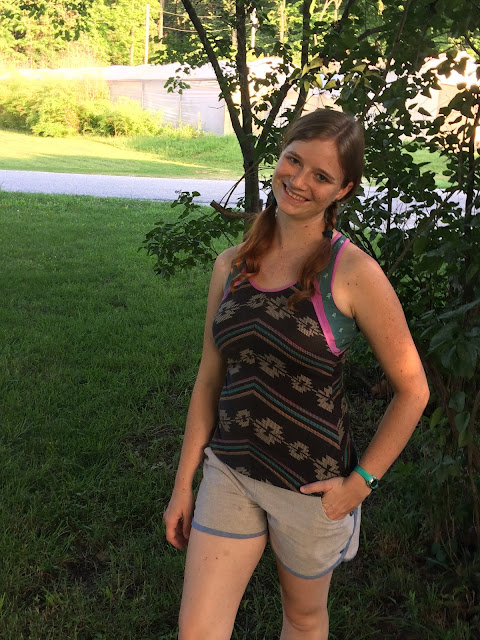 The pink fabric from the bands is an athletic wear fabric, (scored at Goodwill for 50 cents!) and the teal is left over from this shirt and dress I made my sister and I over a year ago. The three fabrics came together fabulously for this tank top - but the pattern still wasn't done. 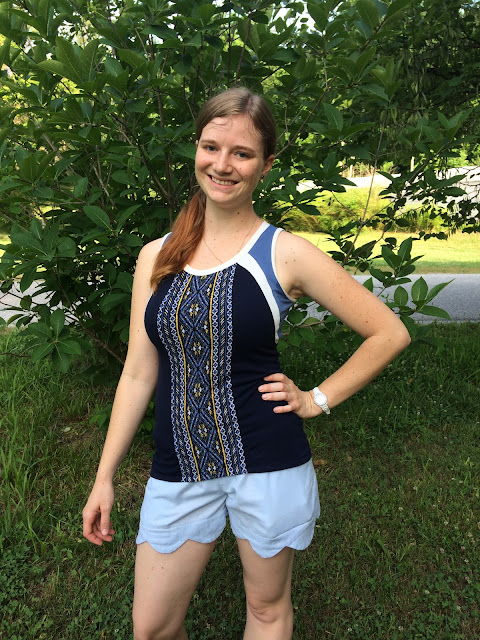 The designer worked out the last few minor pattern kinks, and I made one last tank top to test out the final version of the pattern. This one too I made out of a thrifted maxi skirt, along with a cotton spandex camisole for the bands and some blue double brushed polyester jersey scraps for the yoke. 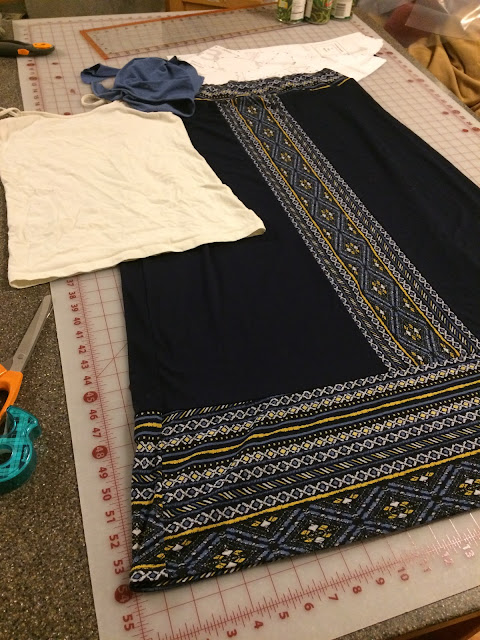 And for this tank top I tried out the standard tank back, rather than the racer back. 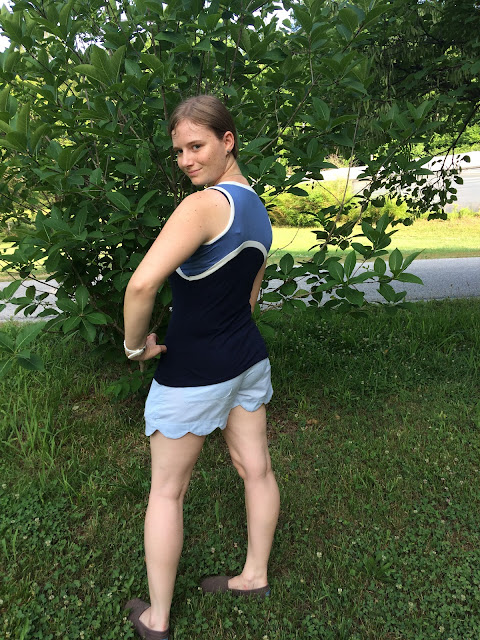 And once again, as with the first two versions, I really, really like the result! Now I've got three new me-made tank tops in my closet, and I hope to find time to make a few more! Maybe a red,white, and blue one for independence day tomorrow? 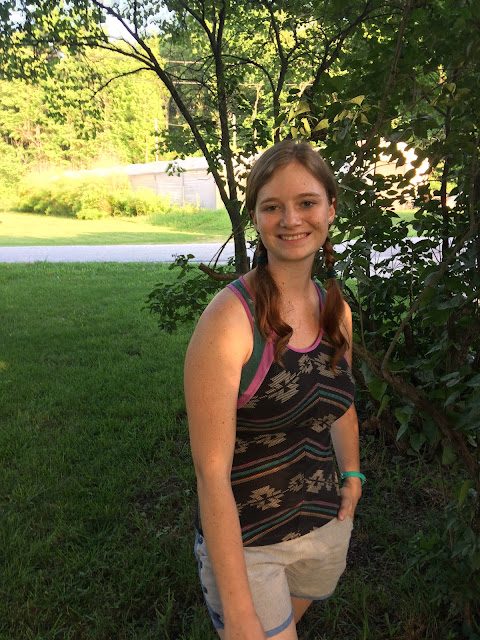 If you're interested in this tank pattern for yourself, it's on sale for only $6 until Friday (7/6/18)! I received the pattern for free in exchange for testing, but the positive review is all my own :)

Posted by Alyssa at July 03, 2018
Email ThisBlogThis!Share to TwitterShare to FacebookShare to Pinterest