All year long, I've known who I would be for Halloween - Professor Minerva McGonagall. All because I went down a rabbit hole a year and a half ago, wondering what historical garments Harry Potter World wizard's robes might be similar to. Then I had to make said historically inspired robe, and when I say robe, I mean a full 1890's tea gown. Thus, back in May, I made the tea gown/McGonagall robe, and I've been waiting for Halloween to roll around ever since, so I'd actually have an excuse to wear it! (And to share it again thanks to the Halloween Costume blog tour I decided to participate in!) 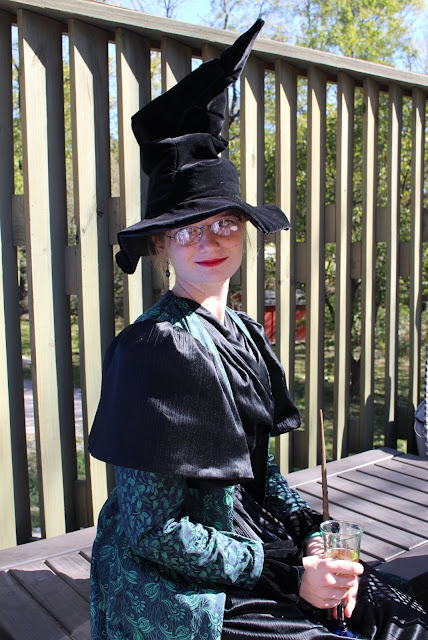 Well, October arrived, a Halloween-themed croquet party made its way onto my calendar, and I realized my McGonagall costume was going to need a couple extra pieces to be truly complete.

First, when the kids I nanny saw the pictures from my photo shoot of this gown, they pointed out a glaring error in my costume - Professor McGonagall wears glasses, and I was not wearing glasses! Thankfully, this was an easy problem to solve. The day of the croquet party I just left out my contacts and wore my glasses instead. Easy Peasy. 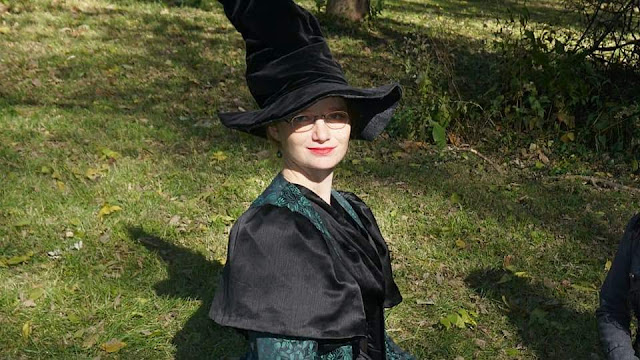 The second accessory I needed was a witches' hat - a slightly crumpled one like Minerva McGonagall wears in the movies. This accessory would require a little more work than the glasses. Now yes, I did wear a witches' hat in the photoshoot, and yes, it did it's job, but it actually wasn't mine. I borrowed it from a friend. And for this costume, I actually wanted my own hat. My own velvet witch hat. I just had to find a pattern. 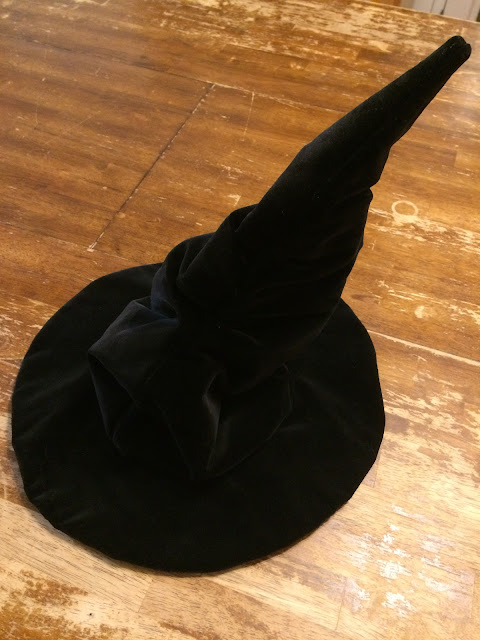 Finding the pattern for exactly what I wanted proved to be surprisingly easy. While browsing Pinterest for free PDF patterns one day, I happened upon the free "Bad Witch, Good Witch" pattern by Hot Patterns (made for, and available on, Fabric.com). The pattern was for a crumpled witch hat - exactly what I needed - so I immediately downloaded it, printed it out, and got started. 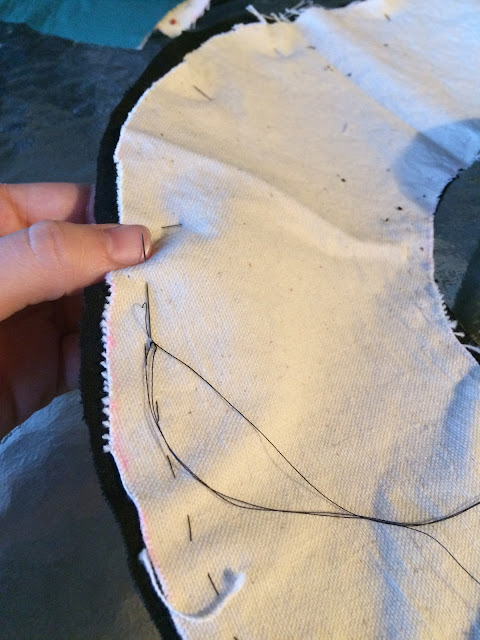 I wanted to make my hat out of black velvet, which doesn't have enough body on it's own to be a tall pointy hat, so I flatlined my velvet with cotton canvas. I cut each pattern piece out of both materials then hand basted the canvas to the velvet. For even more body, I decided to iron heavy fusible interfacing onto quilting cotton to line the hat with. I did not want a floppy witch hat - just a crumpled one. 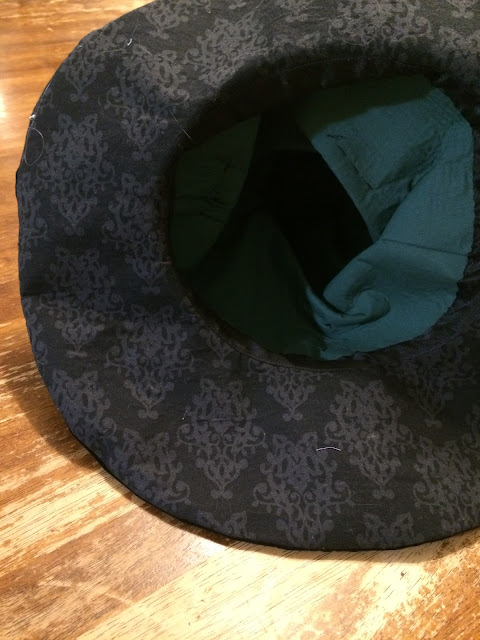 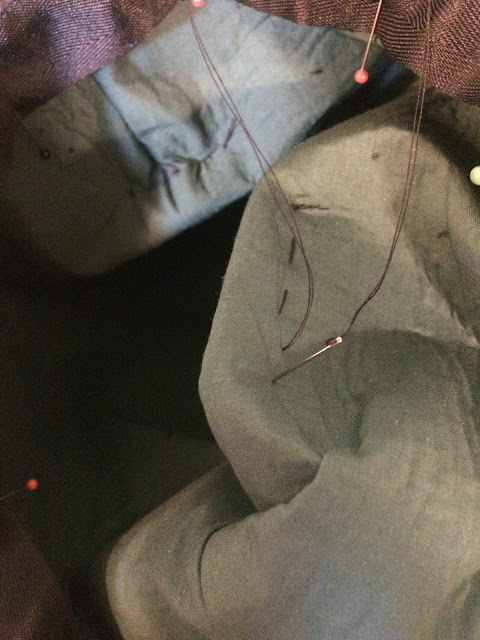 To give the finished hat a crumpled appearance, the pattern instructions say to "gently push the crown downwards to create a crumpled look." I attempted that, and didn't particularly like the results. The hat felt unsteady that way. The crumples felt too flimsy. I decided they needed to be more permanent. So I pinched small sections of fabric inside the hat and stitched my crumples in place. This resulted in a much more satisfactory finished hat. 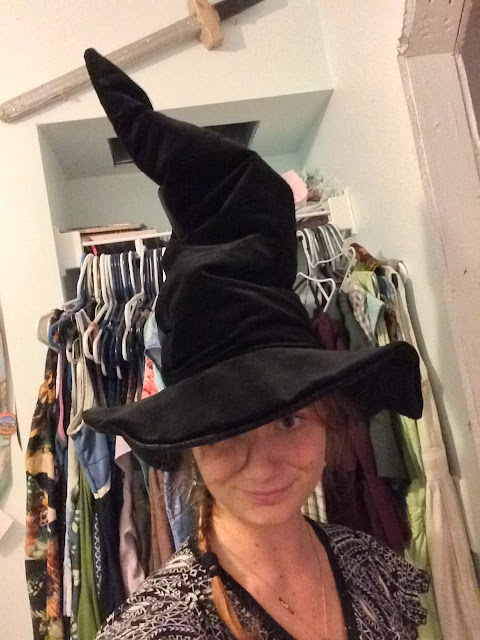 A very tall finished hat - but really, the perfect accessory for my Professor McGonagall costume! 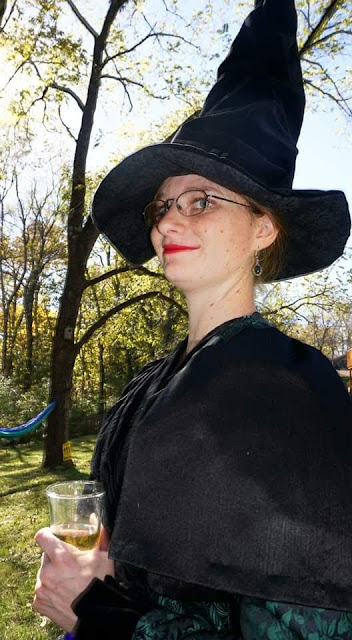 And with a borrowed wand (because I didn't have time to make one for myself), the outfit was ready and Halloween croquet party worthy! 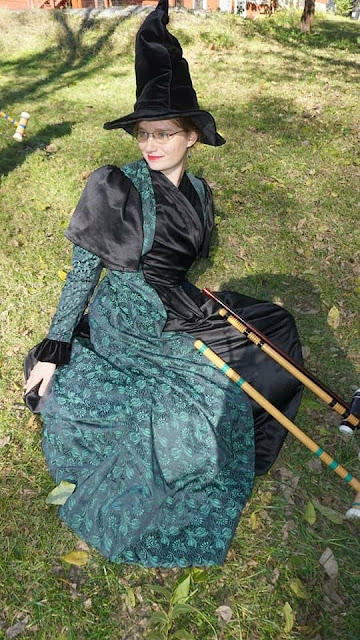 I paired the costume with my refashioned lace-up boots for an afternoon of looking fabulous (and doing much less fabulous at croquet. Turns out I'm not very good at that particular past time.) The boots were surprisingly comfortable all afternoon! 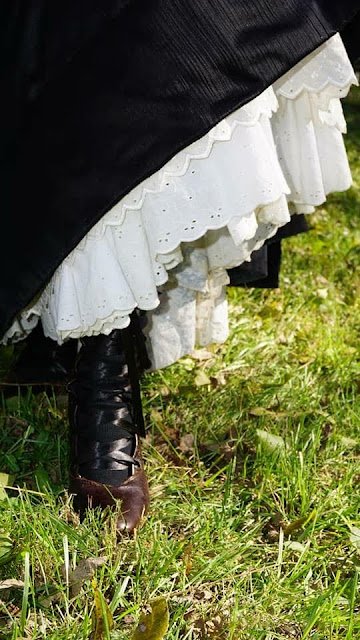 I may not have done well at croquet, but I did have a lovely time with friends and I greatly enjoyed wearing my costume! 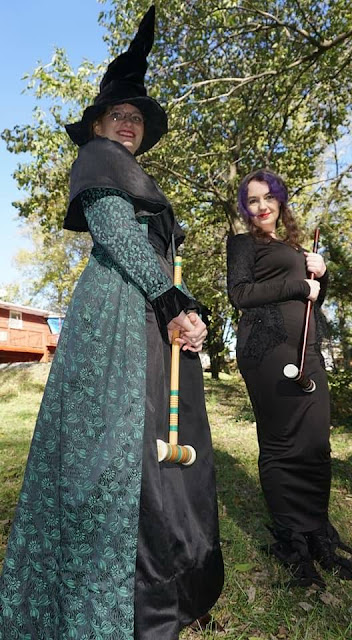 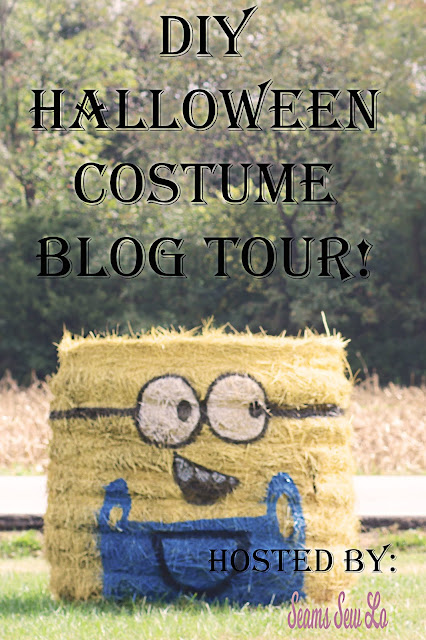 Are you ready to see all of the new Halloween costumes on the DIY Sewing Pattern Blog Tour? Me too!! Go ahead and follow along with us!