Sewing My Next Gown Historically

When I was little my family had a tradition, we would go to the steam engine show every year. We would look at old tractors. Us kids would climb up on them and pretend we were driving, while asking "Daddy, what's this?" as we pointed to different parts of the tractors and steam engines. We would get ice cream and sit on a grassy hill eating it. If we were lucky, we would stay late enough to see the tractor pull. We thought it was great fun to see the tractors do wheelies!
After several years of not going to the steam engine show, my family made time to go this year. We looked at old steam tractors, and slightly newer gas and diesel tractors. We climbed up on some of them (you're never to old to like big tractors!). We stayed late to watch the tractor pull. We saw a few old International Harvester pick-up trucks. 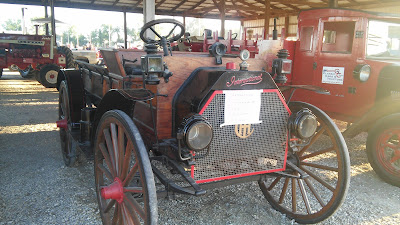 It was fun to see how the trucks had changed over the years, starting with this one from the 1910's. 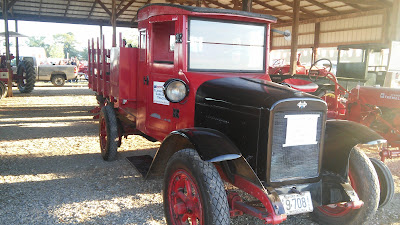 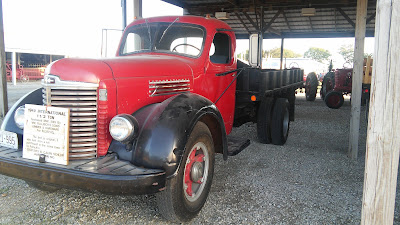 Then in the 40's there were grain trucks (with the right bed of course, this one has a flat bed). 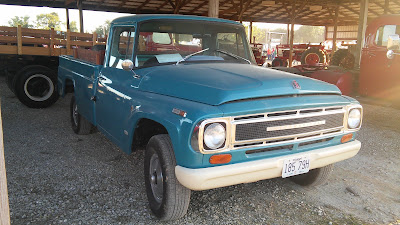 My favorite part however was this house. 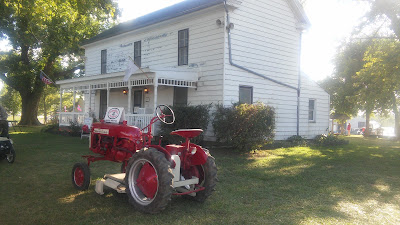 This farm house was built in 1870 and the steam engine association has set up each room as close to the original as possible. I toured the house. I loved it.
After I had wandered through the house I started talking to the ladies watching the house. We talked about historical clothing. One of the ladies pulled out some clothing they had there (from about the 1930's) for me to look at. Then came the fun part.
Once we had looked at the clothing they had on the main level she sent me upstairs, telling me to look through the clothes in the closets! There were several pieces from the late 1800's and early 1900's, skirts, blouses, and jackets. It was amazing to get to handle these actual historical garments and see how they had been constructed. Most of the pieces had been machine sewn, but there was one skirt and one jacket that had been completely hand sewn. This really inspired me to completely hand sew my next historical dress!
Well a couple weeks ago I was going somewhere where I knew I would have a few hours free. So, I brought along a sewing bag with some of my current projects in it. On the way there I was thinking through what projects I had with me and what needed to be done on each. I had several things that needed to be cut out, but I didn't want to cut out that day, I wanted to hand sew. Sadly, I had left my hand sewing projects at home. Then I remembered I had the fabric for my next historical dress with me. I could cut out the skirt and start sewing it together by hand! There was one issue though, the only thread I had with me was purple, and the dress was tan. I was not going to use purple thread on a tan dress.
By the time I got this figured out I had reached the little town where I would be for the afternoon. I had a little extra time so I figured I could stop somewhere to get thread. My options for thread shopping were limited to, four gas stations, a Mosers, a pharmacy, and a Dollar General. I figured Dollar General had the highest chance of having thread, so that's where I went. They had thread, barely. For $1 I was able to get this 3-pack of thread. 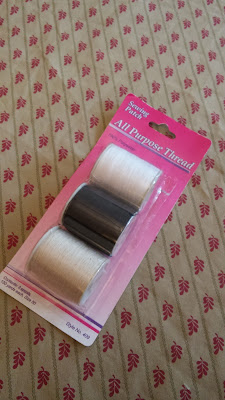 Black, white, and off white. Now it wasn't the highest quality thread, so I wouldn't run it through my sewing machine, but it was strong and just fine for hand sewing. The off white would work for the skirt seams of my dress.
That afternoon I finally got around to starting on a dress I have been planning on making for the past 6 months. I cut into this sheet I found at Goodwill, back at the beginning of the year. 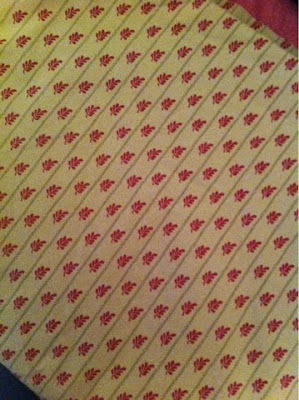 I loved the print, and thought it would be perfect as a historical dress.

I made sure to leave enough fabric for the bodice (which is still in the mock-up stages), and cut the rest into skirt panels. 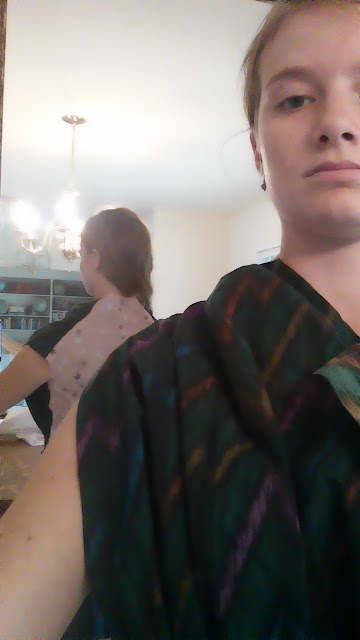 Then, I managed to get half the skirt seams sewn. I used the back stitch and whip stitched the seam allowances since that was how the late 19th century garments I saw were sewn. 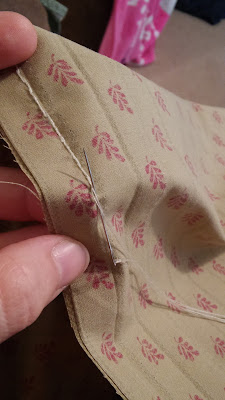 At first I was a little nervous about hand sewing an entire dress. I was afraid I would give up and head straight to the sewing machine. To be honest, that's still an option, but now that I have finished the longest seams, the skirt seams, I'm feeling a bit more confident about my hand sewing ability. It has been rather relaxing to have a hand sewing project that I can take with me everywhere. For example, it was the perfect project to work on while I sat in the sewing room at the Heritage Festival. 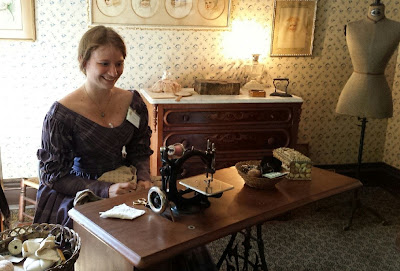 Now, what will this completely hand sewn dress be? Something completely out of my comfort zone, that's for sure! 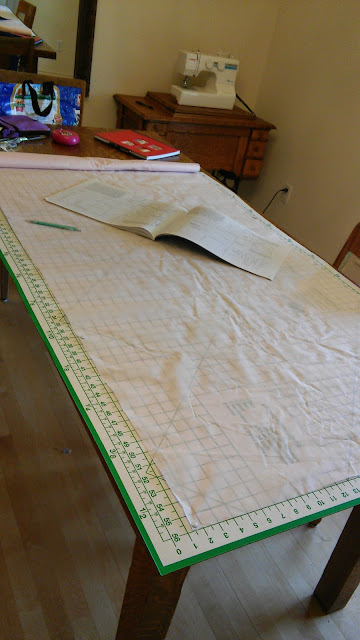 The pattern I sized up from Janet Arnold's book Patterns in Fashion 1. 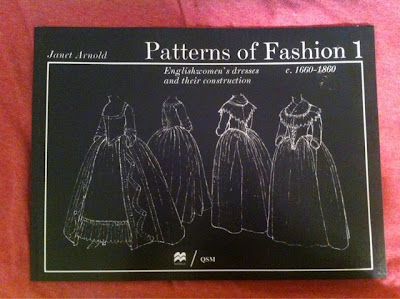 I wanted to make an 1840's fan front dress, but the book didn't have a pattern for that. So I sized up the 1840's bodice pattern and the 1850's fan front bodice pattern. I'm combining the two to get what I want. I'm a little nervous, but I figure I combine modern patterns all the time, how hard can it be to combine historical ones? The goal is to have a dress that looks similar to this when all's said and done. Provided I finish it in time, this dress will be my entry for October's Historical Sew Monthly. The challenge for October? Sewing Secrets. What will the secret of this dress be? Well for now, that's still a secret. I'm pretty excited about it though!
Posted by Alyssa at October 03, 2015
Email ThisBlogThis!Share to TwitterShare to FacebookShare to Pinterest
Labels: 1830s-40s, Historical, HSM, Me, Sewing