Sleeping outside in the summer, It's one of my favorite things to do. (Ok, in the interest of full disclosure, my family only turns on the air conditioning if it's nearly 100 degrees outside. So often it's actually cooler and more comfortable to spend the night outside.) So what did I bring home from El Salvador? 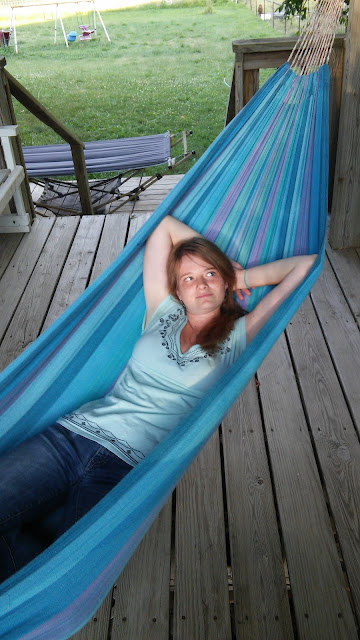 This hammock! My dad hung it for me on the deck right outside my room, and it's not a bad place to sleep or hang out and read a book. Of course, my brother, upon seeing my hammock, declared he wanted one. Well, as I can't just return to El Salvador right now to buy another hammock, I suggested to my brother that we attempt to make one.

We started with this linen/rayon curtain I picked up at a thrift store and some green dye (my brother's absolute favorite color) found on clearance at Wal-Mart. 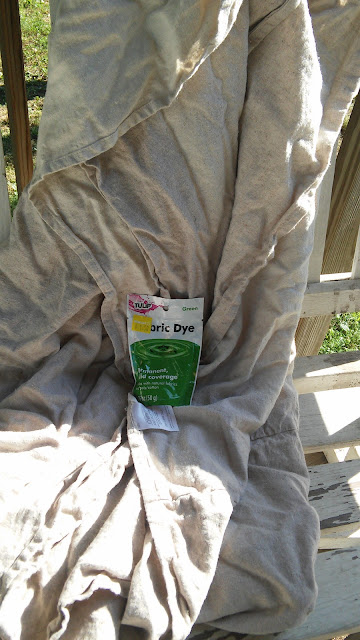 Now, I'd never dyed anything before so we just followed the instructions and hoped for the best. 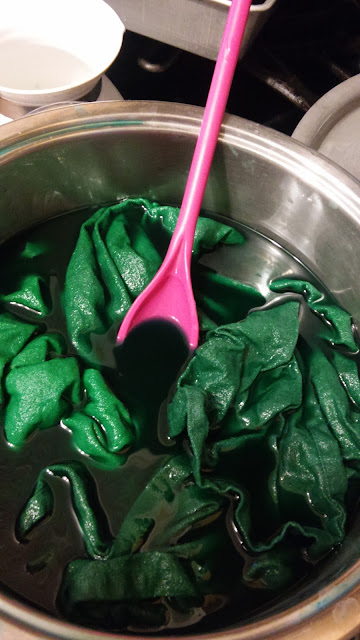 We stirred the fabric in the pot of dye for about an hour, then it was time to rinse the fabric with cold water. Not wanted to accidentally dye the sink, shower, tub, or anything else green, we opted to do this step out in the back yard. That's what garden hoses are for, right?

After the extra dye was rinsed out, into the washer went the hammock-to-be. There was still a little bit of dye left in the pot though that I didn't want to waste. So, I re-heated the dye and pulled out this shirt. 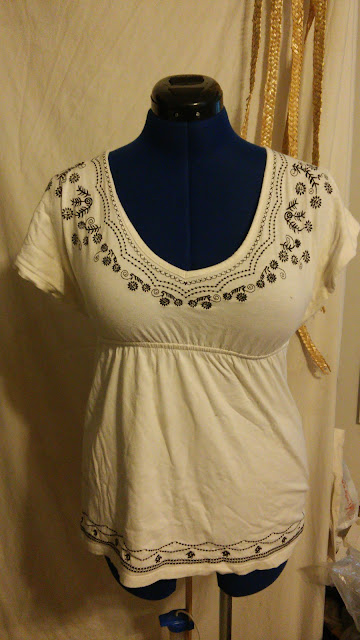 It was pretty. It fit well. I picked it up on clearance at a local boot store. I rather liked it. It was white (well actually cream, but. . .).  Me and white clothes, that's a bad combination. One should not wear a white shirt if one will be drinking coffee while driving. Yeah, the shirt was a little stained and I had been planning on dying it for a while. I'd bought some blue dye to use, but I like green just as much if not more than blue, and as I had the green dye all ready to use, I just tossed my shirt in the pot. 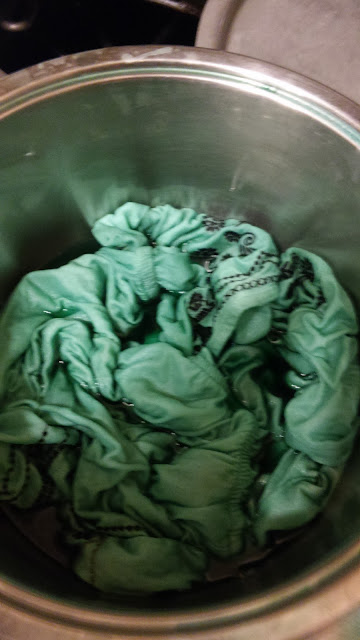 I went through all the steps again (including the garden hose in the back yard), and hoped for the best, then I went back to working on the hammock.

I helped my brother set grommets at either end. Unfortunately, I didn't think this through and didn't properly stabilize the fabric properly so as soon as my brother tried out the hammock the grommets started to rip the fabric. Ok, back to the drawing board. 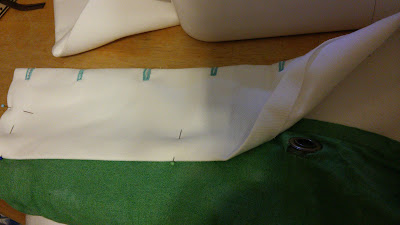 I cut two stripes of heavy cotton twill from my stash about 10 inches wide. I folded them in half width-wise, folded either end under several inches so that the strip was the right length, the folded the long edges under about an inch. Of course, I pressed all these folds in place. Then, I made a bunch of button holes down the middle of the strips. I folded these strips over either end of the hammock where the grommets were and sewed them on securely. The next morning my brother threaded para-cord through the button holes and hung his hammock up. 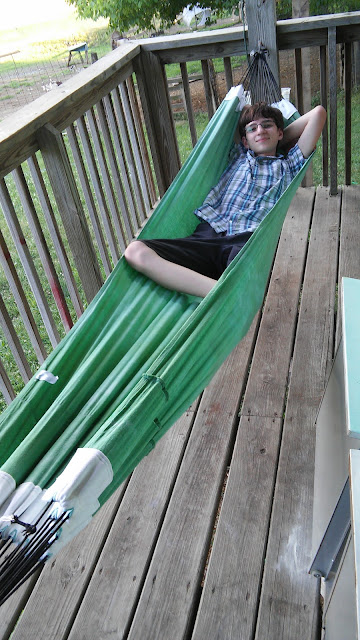 This time the hammock stayed together just like it was supposed to! And, judging by the smile on his face, I think my brother prefers his "custom  made" hammock to the one I brought back from El Salvador. At least he's pretty darned pleased!

Now how about my shirt? Well, it didn't turn out quite as dark as the hammock, but I'm pretty darned pleased with it too!

It's wearable again! I have another comfortable, pretty, summer shirt with sleeves! 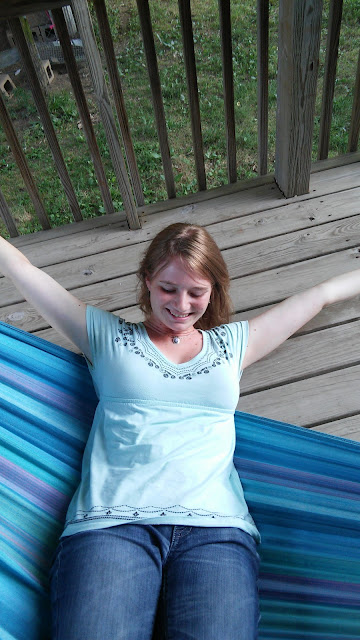 And a comfortable hammock to sleep in on overly warm nights. And a very pleased little brother with a hammock of his own. Now, if I just make my little sister the hammock she's been asking for as well, I think we'll be all set for a comfortable summer full of relaxing (or not)!

Posted by Alyssa at June 28, 2016
Email ThisBlogThis!Share to TwitterShare to FacebookShare to Pinterest
Labels: Refashioning, Sewing