I made a petticoat! 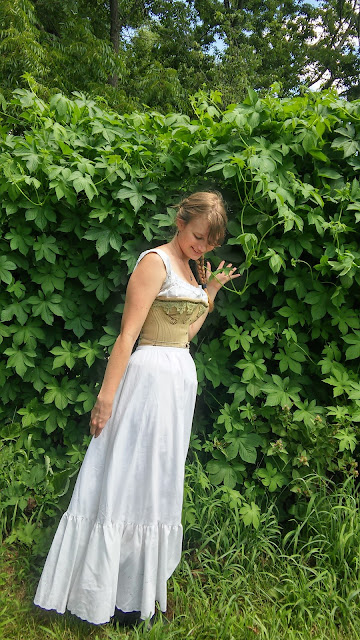 Ok, yes I know that a petticoat isn't that exciting, but I have reason to be excited about this one. Remember the blue 1890's dress I'm making this month? Well, this petticoat is the first step toward that dress actually happening. Let me back up and review exactly what has happened over that past couple weeks with this dress.

I picked out my dress fabric. 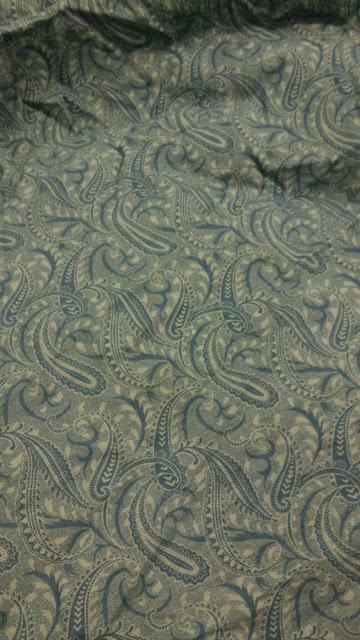 As you can see, it's paisley. I'm a huge fan of paisley, it's a pattern so this dress will count for the HSM August challenge, and, most important, paisley is historically accurate for the 1890's (and pretty much all of the 19th century). Hopefully this exact paisley design isn't too historically inaccurate. After looking at lots of pictures of paisley's from the 1890's I've decided it's passable.

Next, I figured out exactly what I want my dress to look like. This lacy cotton 1890's summer dress:

Yes, it's a bit more elaborate than my previous inspiration image, but isn't it pretty? Also I have lots of narrow white cotton lace just begging for a dress to trim.

Once the fabric and inspiration dress were figured out, it was time to figure out my pattern. I decided to start with the skirt since that should be easier than the bodice pattern will be to make. 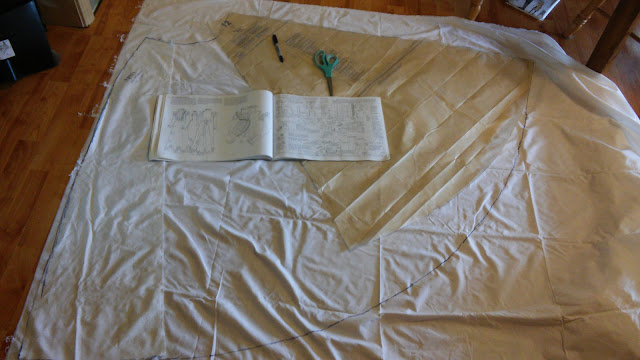 With the help of a gored skirt pattern in my stash, I set to up sizing a circle type skirt from the late 1890's from Janet Arnold's book Patterns of Fashion II. Once I made my pattern I of course needed to test it out before I cut into my dress fabric (which I unfortunately have a limited quantity of). Also, I needed a petticoat with the same silhouette as my skirt. Thus, I decided to make a petticoat as my skirt mock-up. 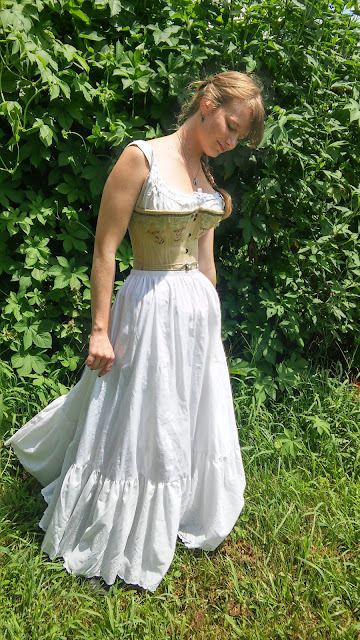 I cut it out of a 100% cotton sheet using my newly made pattern. I shortened the petticoat a little more than a foot so that I could add an eyelet ruffle from a bedskirt in my stash. Judging by this petticoat I'd say my pattern works and I'm ready to make my dress skirt! 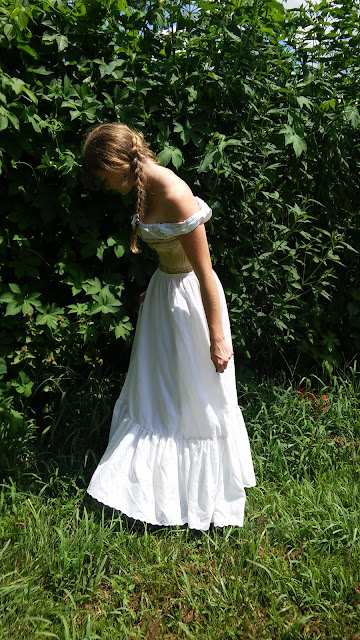 As an added bonus, July's HSM challenge was Monochrome. Well, this petticoat was made in July and it's most certainly monochrome so it's my HSM entry for this month.

Challenge #7: Monochrome.
What the item is: An 1890's petticoat
Fabric/Materials: A 100% cotton queen size sheet and eyelet off of a bedskirt
Pattern: Sized up skirt pattern from Janet Arnold's Patterns of Fashion II
Year: 1898
Notions: Tread, hook and eye
How historically accurate is it? I'm not entirely sure about the fiber content of the ruffle and I did no research on proper construction technique, but I believe this petticoat would certainly be recognised in it's own time so I'll give it an 80%
Hours to complete: 3-4
First worn: Just for pictures July 30th, the event I will be wearing this too is at the end of August
Total cost: The sheet was $3 at a thrift store and the bedskirt was $4, so adding in the thread and hook and eye (already in my stash) I'll say $10 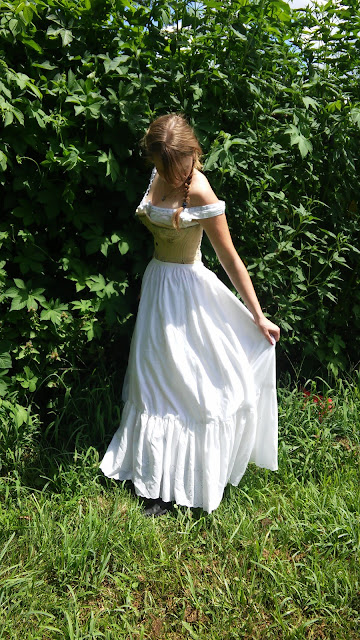 Now, onto sewing my dress!