Children, they are not easy on clothes or shoes. A little guy I have the privilege of caring for managed to lose one shoe from one of the only pairs of shoes he had that fit. He had a second pair that fit, but those, a pair of Robeez, he had already worn holes in the soles of. 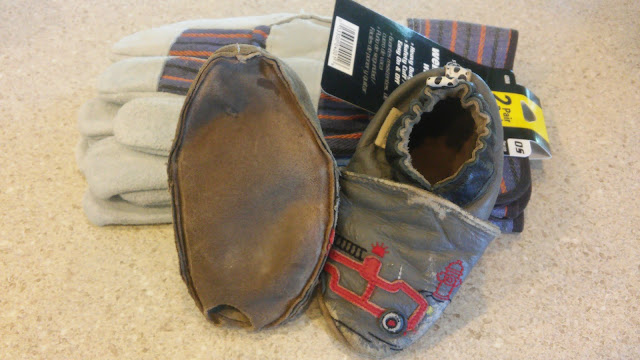 Now, I knew his mom would be getting him new shoes soon, but for a couple days until she had time to take him shoe shopping, he needed something to wear on his feet. One morning as I was getting him ready to go outside to play (In slightly too big shoes) and his holey soled shoes caught my eye. I picked them up and looked them over. I realized that the soles wouldn't be too hard to replace, they were just a piece of leather sewn on to the upper of the shoe. I just had to find some leather for the new sole. Then it hit me, cheap leather gloves should work! "Ok, change of plans young man, rather than playing outside we're going into town to get some supplies."
To Wal-Mart we went for the gloves, followed by Joann's for leather needles for the sewing machine (mandatory for sewing leather!)

Once that was done it was back home and back to playing outside until nap time. Once the little guy fell asleep out came the holey soled shoes, and the gloves. 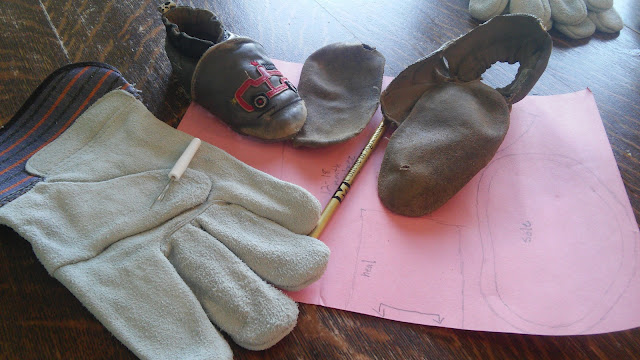 I started by removing the soles from the shoes with a seam ripper. Then I traced the sole onto paper to make a pattern. 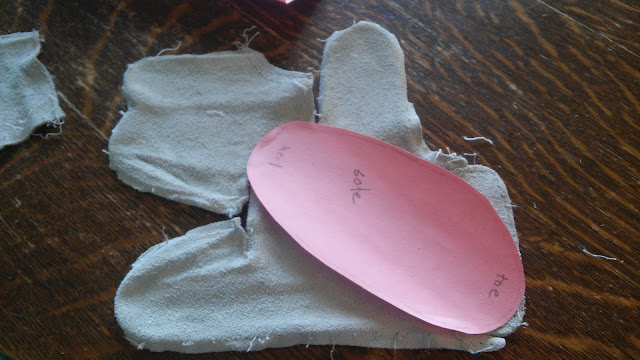 Next, I deconstructed the gloves with my seam ripper. It was really interesting to see how they were made and what shape each piece was! I laid my pattern piece on the largest piece of leather, it just barely fit! If his feet had been any bigger a different leather source would have been needed. 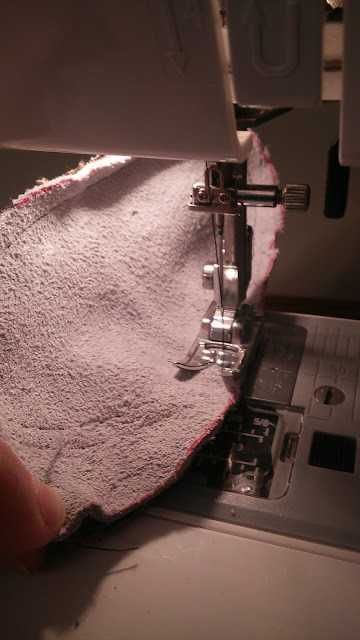 Finally I stuck a brand new leather needle in the machine and started to sew. I wondered how well the  basic machine would do sewing through leather, but the leather needle worked like a charm and it was surprisingly easy! In less than 10 minutes both shoes had new soles and were ready for action. 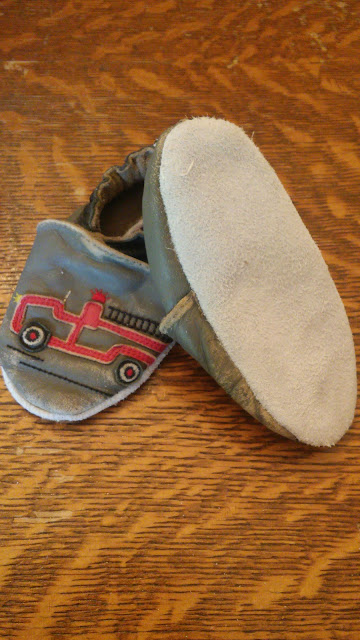 Now, all that was left to do was wait for the child to wake up and try out his re-soled shoes! Eventually, that happened. 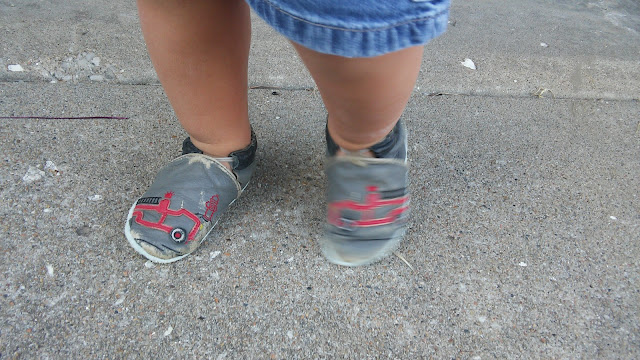 Well, as it was impossible to get him to hold still so I could get a picture of his feet, I'd say his newly fixed shoes work just fine! Perfect for running and playing, just what a toddler needs!