My mom's 1890's dress is done! As are the rest of the costumes I got to make/put together for the Christmas play (7 in all)! The past week was spent finishing those costumes in time for dress rehearsal Saturday evening. Every spare moment was spent working on them, and they're finally done! Done! They were done with no time to spare Saturday evening, but done nonetheless. After all that work, though,  I have no pictures to share . . . yet. The play itself  isn't until next weekend so I will have no pictures until then. 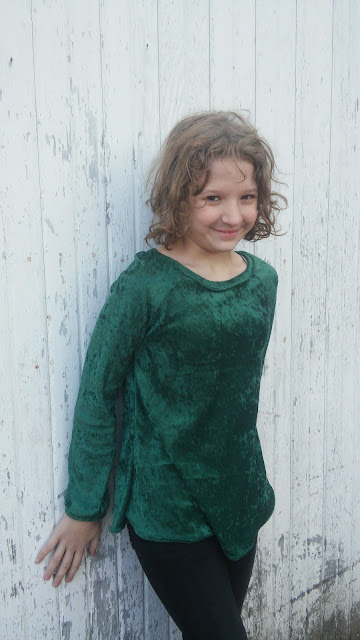 What exactly? Why a velvet raglan sleeve T-shirt, what else? I have been seeing many adorable ruffled, raglan sleeved, velvet swing dresses come across my instagram feed. I fell in love after seeing the second dress and knew I had to make such a dress for my sister, she's always loved velvet. So, I followed the link to the pattern that had been used for all these dresses, sorely tempted to buy it. Unfortunately, my sister has rather outgrown the size chart for that particular pattern company. (Why must she continue to grow?) Oh, well. This discovery wasn't the end of my velvet swing dress dreams. I figured I could make a similar dress by hacking a raglan sleeve PJ top pattern already in my stash. 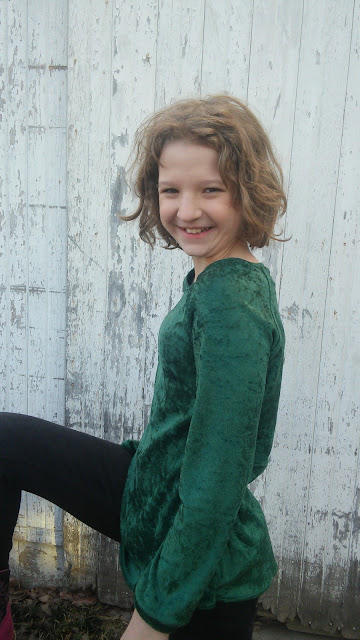 Also in my stash? A remnant of crushed green stretch velvet, left over from a dress I made several years ago. Perfect! I wouldn't have to buy a thing for this project! I turned my PJ top pattern into a swing dress pattern and started laying it out on my green velvet. It quickly became apparent that I had nowhere near enough velvet for a dress. So my plan changed. About 16" was hacked off the bottom of my pattern pieces. A shirt this green velvet would be. 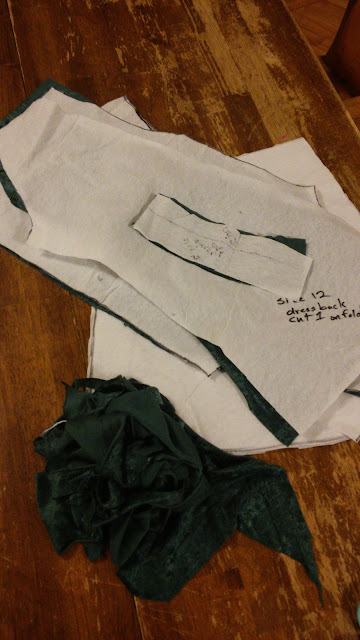 I used almost every scrap I had of this green velvet. With a little bit of piecing on the back, I had just enough fabric to eek this shirt out! 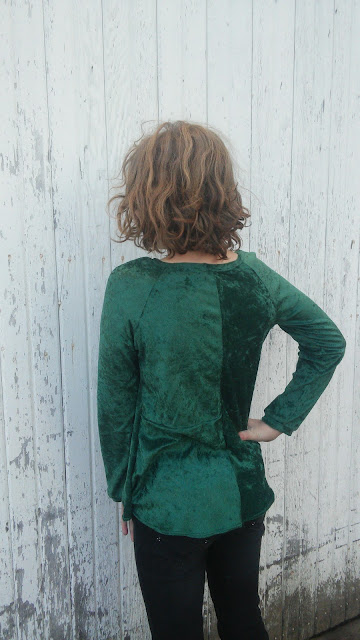 Woo-Hoo! I had the shirt cut out, and that was the hard part! This shirt only took an hour to sew together after all that work! 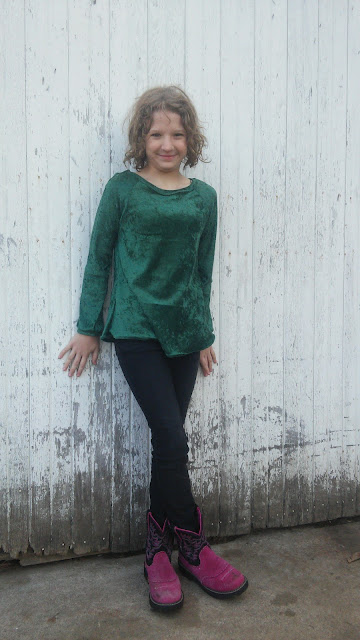 I gave the shirt to my sister as soon as it was done Sunday evening, she was thrilled with it! 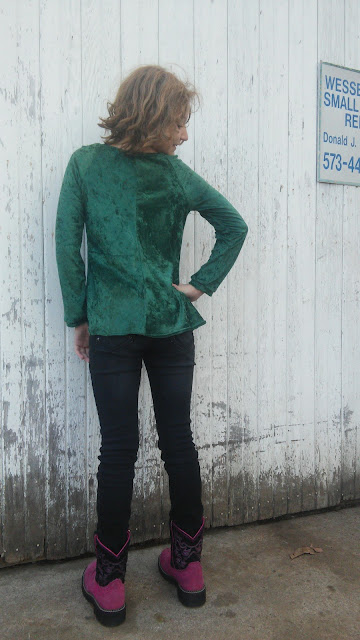 She was a little less thrilled yesterday morning when I dragged her out into the cold to get pictures. 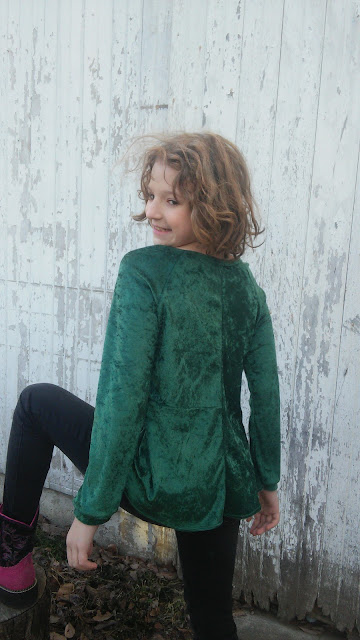 She did her best to smile though! She really does like the shirt. 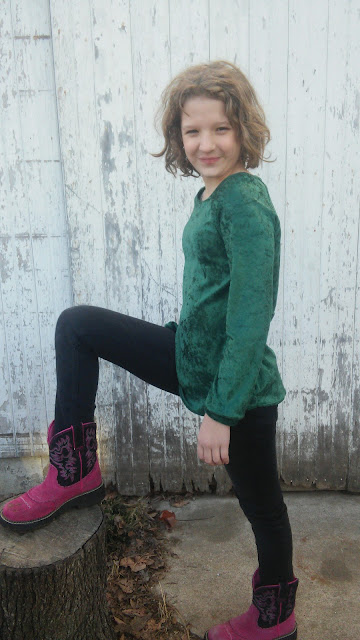 Now I really do want to get my hands on some more stretch velvet to make her a dress version! I'll try to squeeze it in before I leave on the World Race. (less than a month away!) Or I could wait until I return in about a year. By then I'm sure my sister will have outgrown everything I've made her and be ready for more. Oh, what will I do without her (and my sewing machine) for 11 whole months!