When I was 13 I had one request on my Christmas wishlist: a Civil War dress. I wanted a pretty dress that required a hoop skirt, and my grandma delivered. On Christmas I received from her a small gift bag containing McCall's 5132 and a note saying she would take me fabric shopping the next week to pick out fabric for my Civil War dress.
The next week she and I went to Joann's and picked out a pretty purple calico. Then over the next 6 months she and I worked together to make that dress. She did most of the work, but I got to assist with cutting the dress out and gathering the skirt. As we ended the dressmaking process my mom pulled out her wedding hoop skirt for me to wear under the dress. She'd made the petticoat herself and my dad had made the hoops for her - out of #9 fencing wire!

The completed dress consisted of a skirt, a bodice, and a set of under sleeves.


When the dress was finally done I got to wear it the following week to a costume party. I was Mary Todd Lincoln. The following spring I found another excuse to wear the dress: the costume contest at a goat show. My goat Leola and I were President and Mrs. Lincoln. I don't recall how we placed in the costume contest, but I do remember that Leola won grand champion at that show!

And so it continued. All throughout high school I took every opportunity I got to wear my Civil War Dress. It was my outfit of choice for every Halloween and costume party. 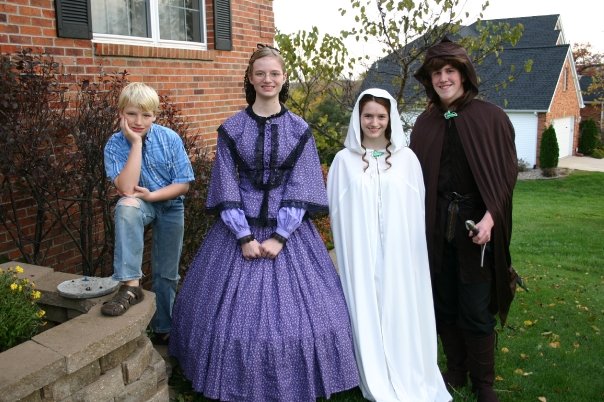 A few times over the years the dress had to be let out, and a new button placket was added so that the dress would actually fit me as I grew. 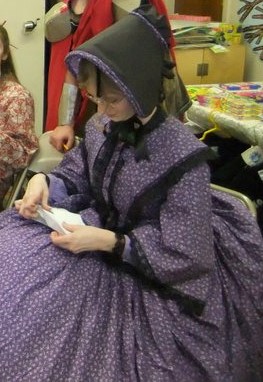 Then, when I was  17, I got a little bored with my dress and decided it needed some accessorizing - a new bonnet was just the thing! 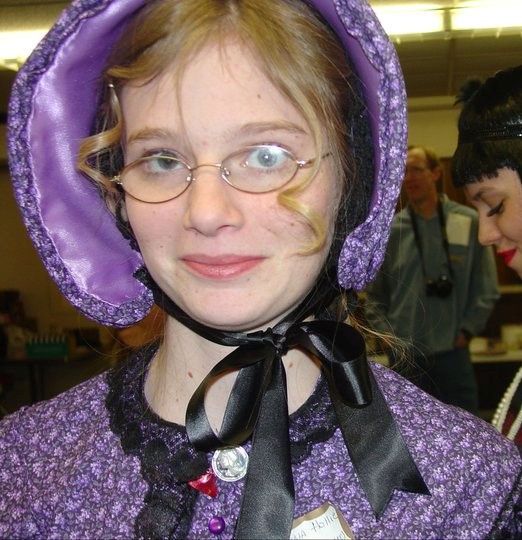 I spend a week sitting on my bedroom floor working on this bonnet - it's made out of mystery fabric from Wal-mart, bailing wire, and some rope I found in the barn! I think it turned out quite well! 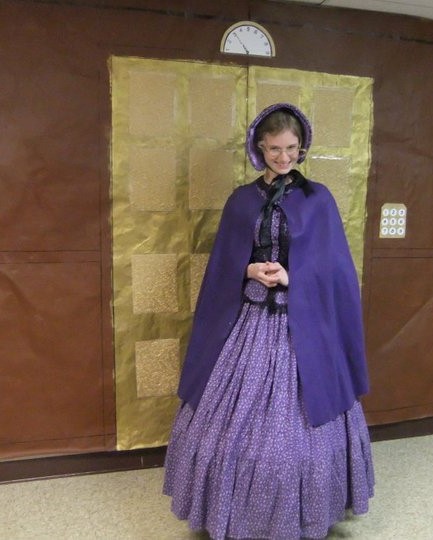 While I was making the bonnet I decided that I needed a cloak as well - so whipped one up in about 30 minutes. Out of polar fleece. Historical accuracy was not a priority for me at the time. 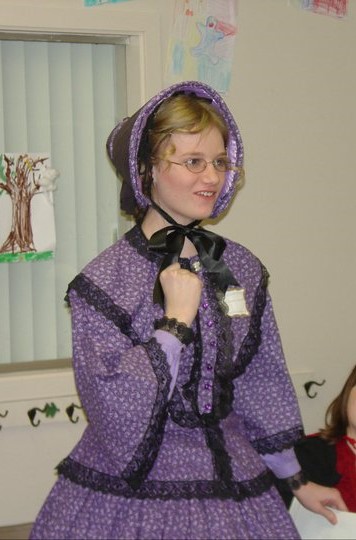 Now this dress doesn't get worn as much as my newer historical dresses do, but it's had it's outings in recent years. (It actually fits perfectly over my corset and other proper under pinnings) 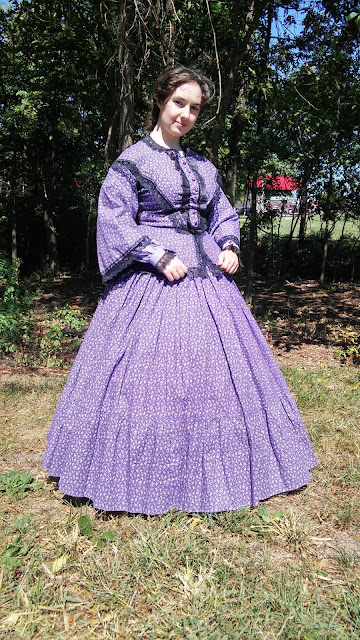 My friend Erentry actually wore the dress to the Heritage Festival a couple years ago! 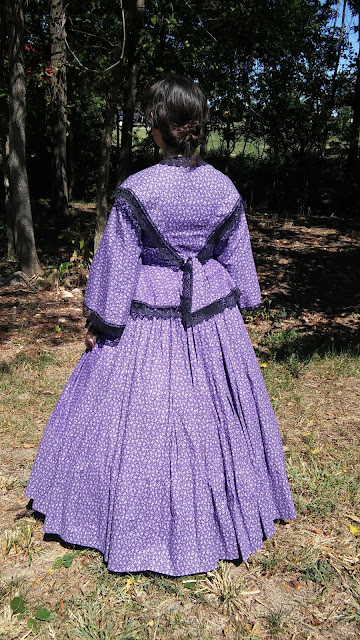 Then, a couple months ago my mom sent me this picture: 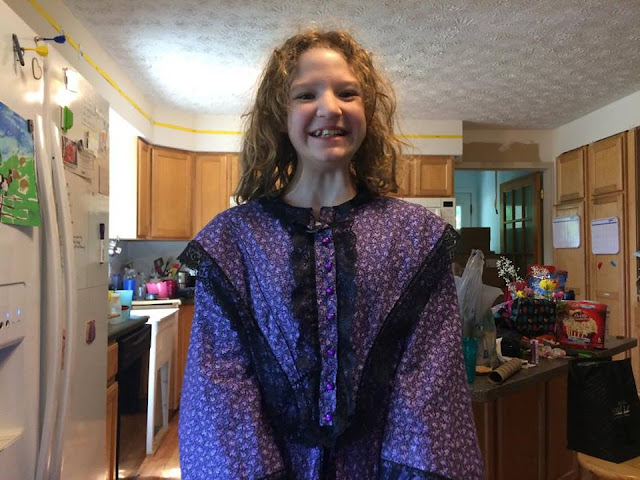 Yes, that's my little sister wearing my very first Civil War dress. Apparently the dress I made with my grandma when I was 13 (and my sister was only 2) now fits my 13 year old sister! When did she grow up? How did that happen? 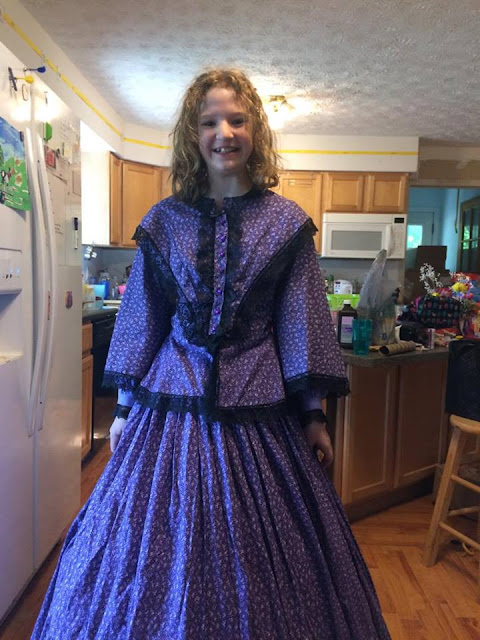 Over 10 years later, and I'd have to say that this dress is one of the best Christmas presents I've ever received. It was so special to get to help my grandma make it - and now it's the most worn historical dress I've got!
Posted by Alyssa at September 29, 2017
Email ThisBlogThis!Share to TwitterShare to FacebookShare to Pinterest
Labels: Costume Event, Historical, Little Sister, Me, Sewing