It could be argued that the most treasured thing I've ever made was a camo jacket for my younger brother. He would wear it all winter long, and it would rarely be put away in the summer. Then He outgrew it while I was gone this year. He eventually realized that he just couldn't wear the jacket anymore, so he hung it up in his closet. And it became common knowledge that I would be making him a new camo jacket once I returned home. 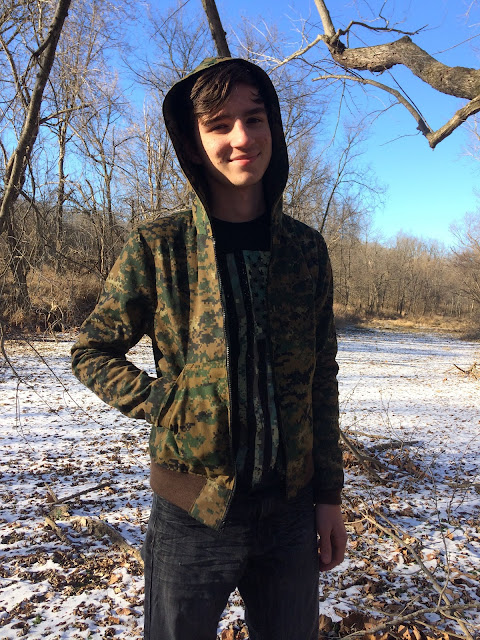 Now, the first order of business with this new jacket was to find the proper lining fabric. Joann's still carries the digital camo twill I used to make the original camo jacket, so picking up more of that was no problem The lining was harder to come by. 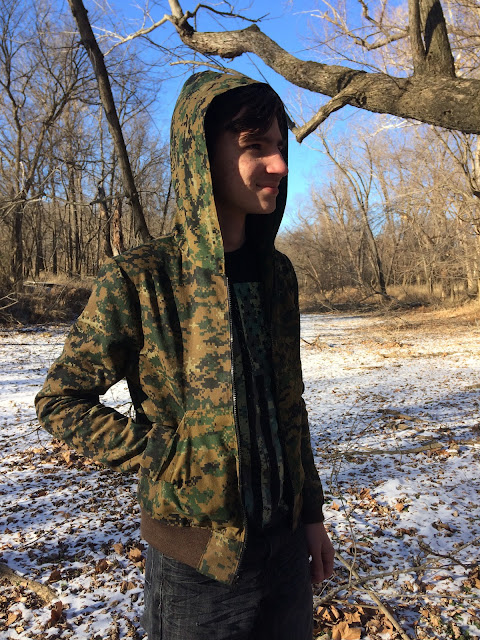 The lining (and cuffs and hem band) of the original jaket was a remnant of some ridiculously soft and warm fleece backed sweater knit. I've seen other fleece backed sweater knits, but none that measured up to this one. That lining was one of my brother's very favorite things about his old jacket, and he specifically wanted the exact same lining in his new jacket. That was a problem.  The old lining came into my stash by way of a trash bag full of fabric a friend gave to me when they were cleaning out their sewing room. Thus I had no clue where I could find more of that lining fabric! 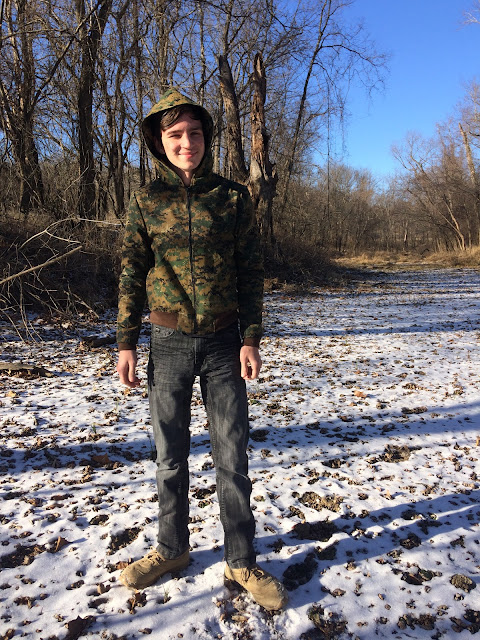 Online fabric shopping (something I rarely do) commenced as I pondered the issue of the lining. I looked at fleece backed sweater knit after fleece backed sweater knit online until I happened upon this one on Fashion Fabrics Club. It was a wool blend sweater knit bonded to a fleece backing. I knew it wouldn't be exactly the same as the old lining, but I thought it just might fit the bill as it would be soft and warm. Well, it arrived in the mail, my brother felt it and approved! We had found a suitable lining, the jacket could now be made! 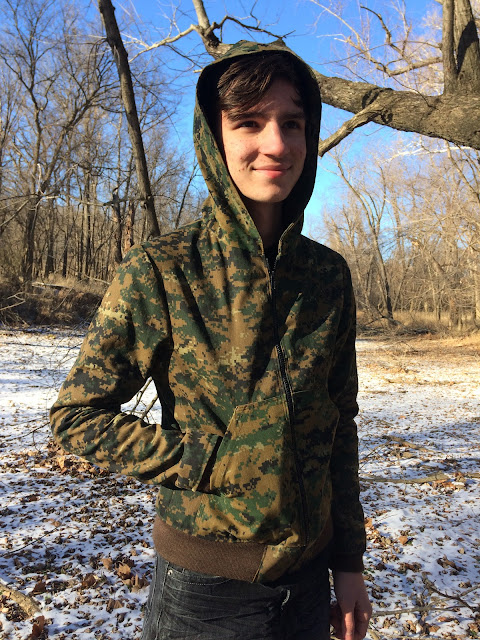 I used Burda 7734 for the jacket because it looked like exactly what I wanted for this jacket. It was a great base pattern, but I should have made a couple changes to it. First, I should have gone up a size larger than my brother's measurements to accommodate the lining (the pattern is for an unlined jacket). Second, I should have lengthened the body of the jacket by a couple inches as it's almost too short for my little brother! The jacket fits my brother ok as is, but I don't foresee it lasting him more than one winter with as fast as he's growing. So when I sew him a replacement in about a year, I'll apply those changes. 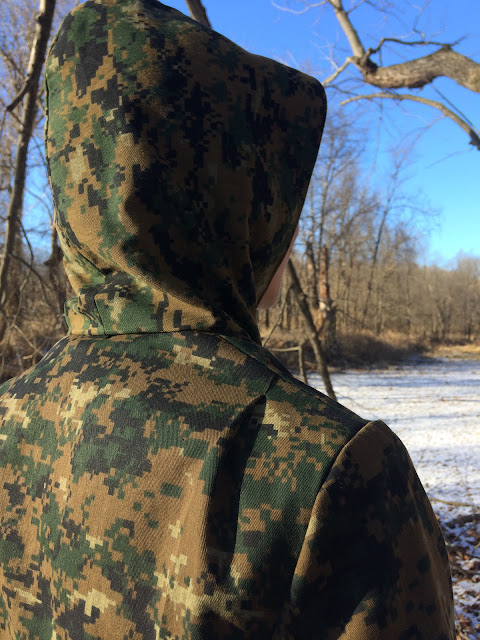 Now there was one pattern alteration I made while sewing this jacket, and it worked fabulously! Wide shoulders tend to run in my family, so to accommodate that trait in this growing teenage boy I added pleats to the back shoulders. These allowed the jacket to "stretch" in the shoulders, giving my brother a good range of motion and making the jacket comfortable to work in. 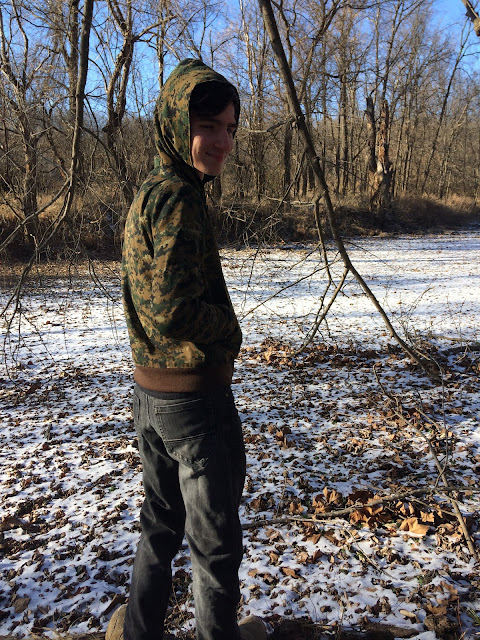 My brother is thrilled with this jacket and tells me it's even better than the last one! That is just what this seamstress big sister likes to hear! 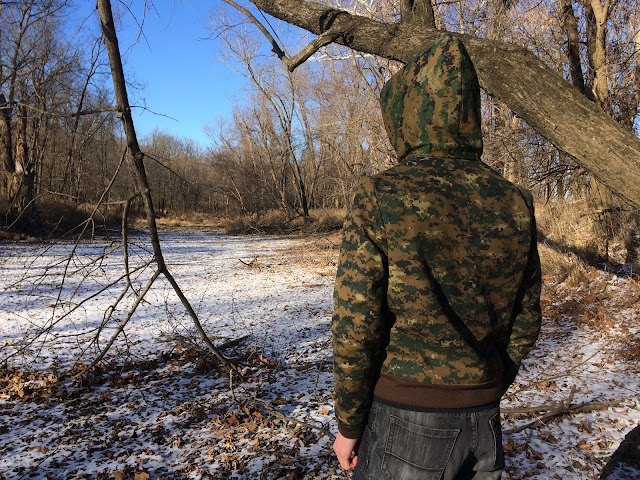 And I'd say he looks pretty good in it too :)

Posted by Alyssa at January 04, 2018
Email ThisBlogThis!Share to TwitterShare to FacebookShare to Pinterest
Labels: Sewing