It has been a sucky week. It has been cloudy, miserable, and rainy since last Saturday.  On Sunday I learned my church will have to close its doors for good in a few weeks because membership has dropped too much. All last weekend I hauled firewood. That left me muddy and very sore and tired. The soreness and exhaustion lasted all week. Then, I spent the first several days of the week sewing Easter dresses. That should have been a relaxing to do, but it wasn't. Oh, no. When I tried my Easter dress on half way through sewing, it looked bad and fit even worse. I felt like a failure and hated myself for "wasting fabric".  All week I have been on the verge of tears. Then it got worse. 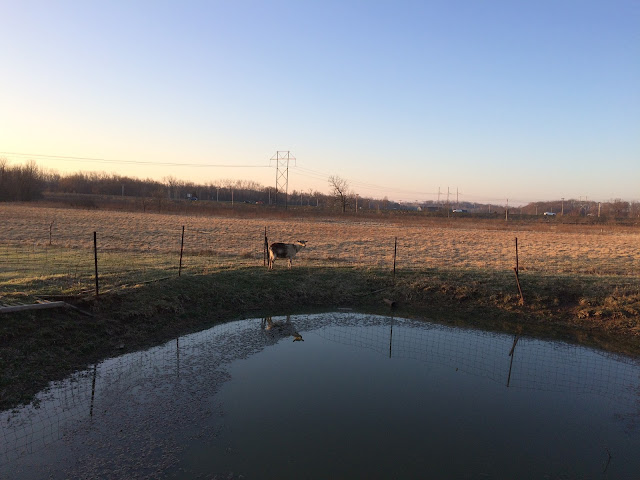 The soreness subsided. The sun came out. The Easter dress actually came out amazingly well (once I scrapped the sleeves). But there was one thing that couldn't be fixed, couldn't get better. I lost a goat. My sweet Candy Cane got sick, and despite all my best efforts I couldn't save her. On Thursday morning she was dead.

That's when the feelings of failure really sunk in. I'd cared about this goat so much, fought so hard to beat the illness that was taking her from me, and I was unable to save her. I watched her waste away and I was helpless to stop it. At this point I sobbed.

Friday was Good Friday, the day we remember something that was anything but good, the death of Jesus. He was executed on a cross because the people he came to save, to teach, to love, were offended by him. So they decided to kill him, get rid of him once and for all. He was tortured and put to death while his friends watched. How hopeless they must have felt in that moment. They'd followed this man, trusted him, and believed he was their savior for three years. Then just like that, it was over. He was gone, and there was nothing they could do about it. The road they had been walking had come to an end. Now what?

Life is hard. The world seems to be in a downward spiral, bent on self destruction. Hate and death are everywhere. Jesus' friends thought he was going to fix that, but instead, on Good Friday they watched him die. They thought the story was over. All of the following day they hid, hopeless and afraid.

Finally, Sunday morning came. Some of Jesus' friends went to his grave to mourn him, but he wasn't there. No, he was gone. The despair must have been overwhelming at that moment. Jesus had been killed, now his body had been stolen too? How cruel. Then, a voice. One well known, but not recognized in that moment of panic. The voice of Jesus.

It took a moment to register, but when it did, what joy! Jesus was alive! Standing right there, talking! What a mixture of tears, laughter, and speechlessness must his friends have experienced! The story did not end on Friday with the death of Jesus. Oh no. The story continued on Sunday morning. Jesus had been dead, but then he was alive again!

Jesus, fully man and fully God, had died. Because He was man, that was possible. But, because He is also God, he has power over death. After three days, he returned to life. Death and despair have been defeated. They don't have power anymore, because Jesus saves and brings eternal life to all who trust in Him.

This morning I went outside to do chores, and I couldn't help but smile as my goats gathered at the fence, telling me they wanted to be fed, right now! How wonderful it is to see my herd, alive and hungry! Yes, life sucks sometimes. It's easy to feel sunk and hopeless, but the story isn't over in those moments.

Jesus is Alive! No, this doesn't make life perfect, but it does make it bearable. Jesus is Alive, so now we always have hope. This life is not everything. Eventually it will be over and we will get to be in the presence of Him in heaven. That is something to rejoice in right now! 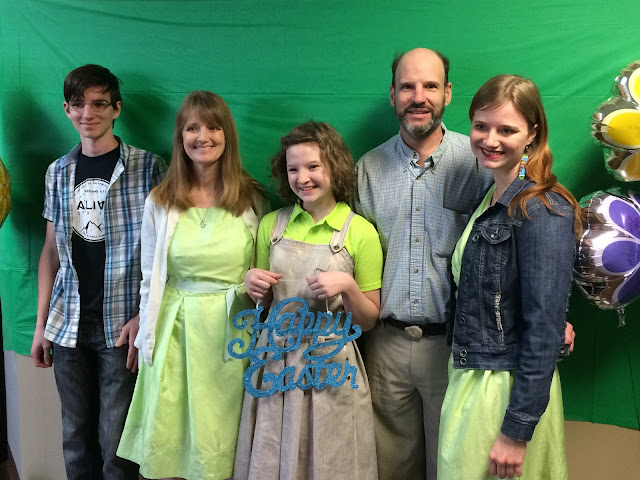 Happy Easter!!
Posted by Alyssa at April 01, 2018
Email ThisBlogThis!Share to TwitterShare to FacebookShare to Pinterest