The Regency Gown My Sister Sewed Herself

My sister made her own dress for her Pride and Prejudice themed birthday party - and I am so proud of her!

After she finished actually reading Pride and Prejudice at the beginning of the summer, she decided that would be the theme of her birthday party this year. 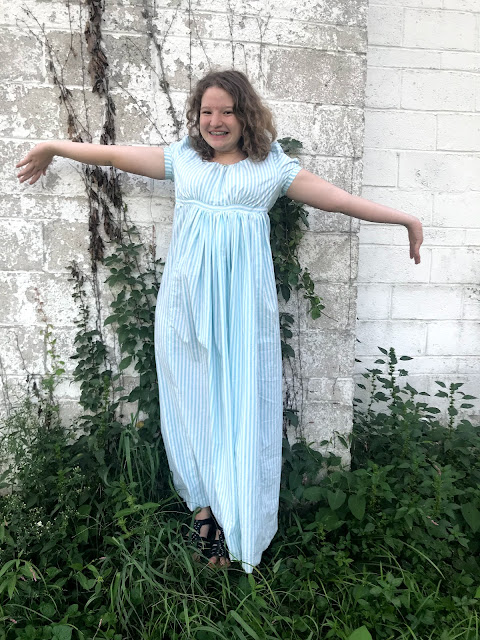 Clearly, it would be a costume party, because in this house we take every possible excuse to dress up! 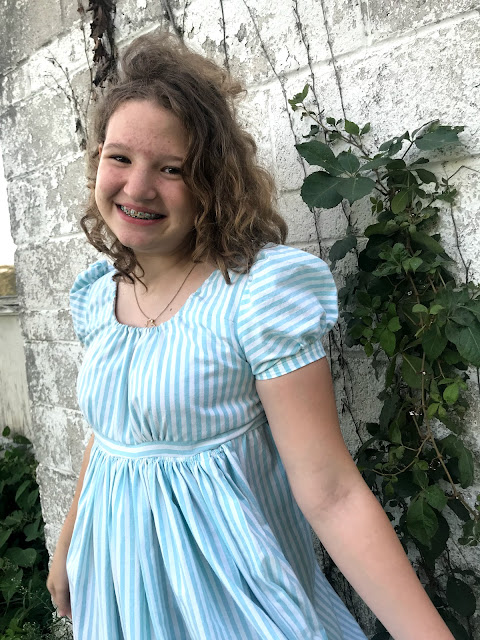 Now my sister does have a few regency costumes in her closet left over from the Pride and Prejudice play she was part of two years ago, along with the regency dress I made her almost 3 years ago. However, quite understandably, she wanted a new regency dress for her party. I'm always up for excuses reasons to add to the costume collection, so this was just fine with me! 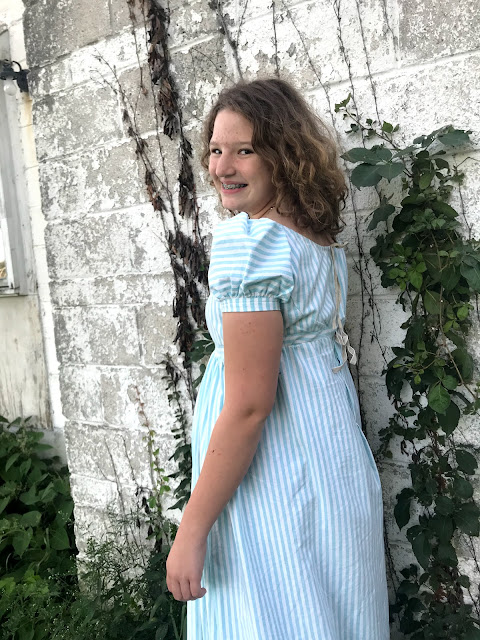 I can't remember if I suggested she make her own dress, or if she came up with the idea herself. Either way, my sister would be making herself a new gown for her party. 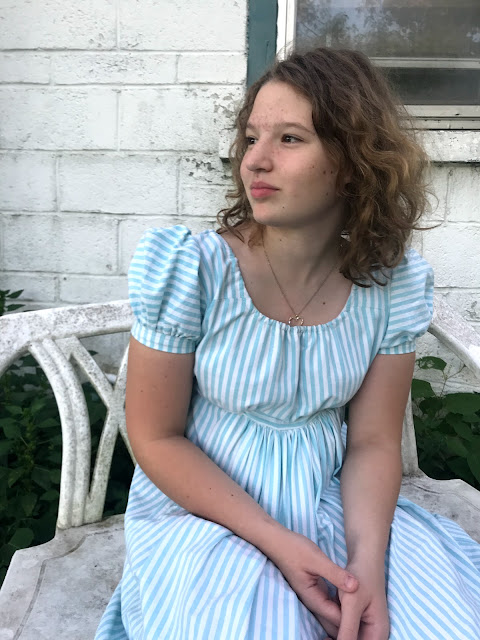 When the idea for her gown was first discussed, she decided she wanted it to be sea-foam green. I told her I didn't know if I had any fabric of that shade in my stash, but she was welcome to look! 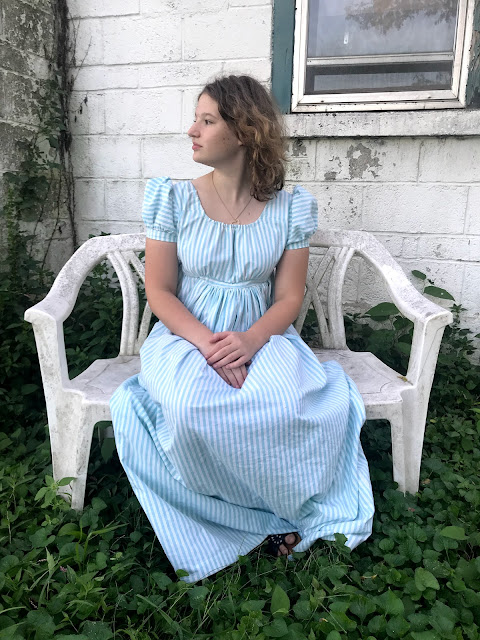 Upon looking through the material I had available, my sister picked a white and blue-green stripped cotton. It would do for the look she had in mind. 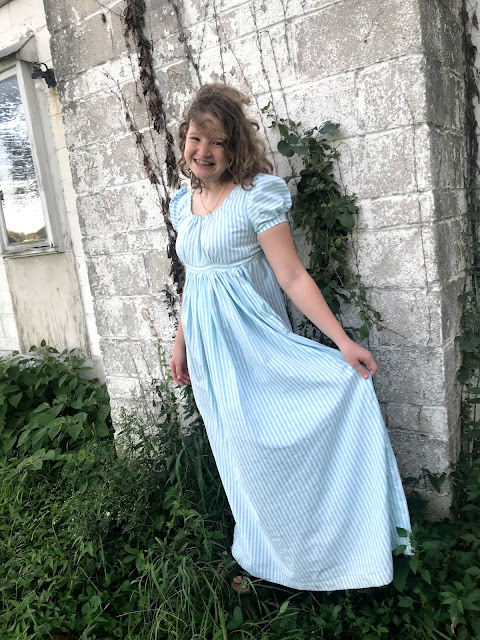 For the pattern she decided to use the drawstring option of Butterick B6074. 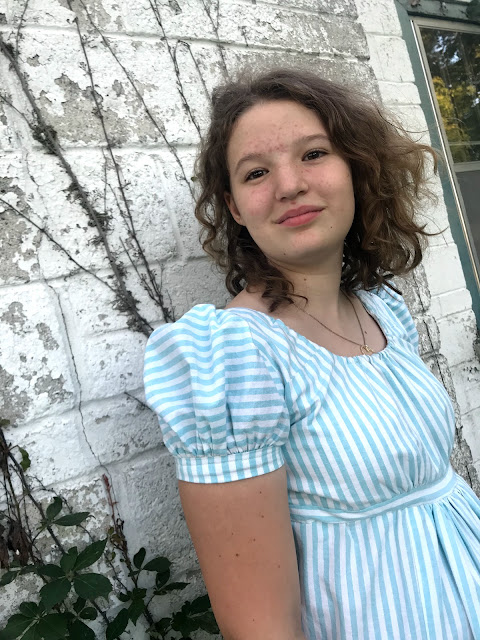 I helped her lay out the pattern pieces on the fabric, then she cut out the dress and proceeded to sew it up according to the pattern directions. 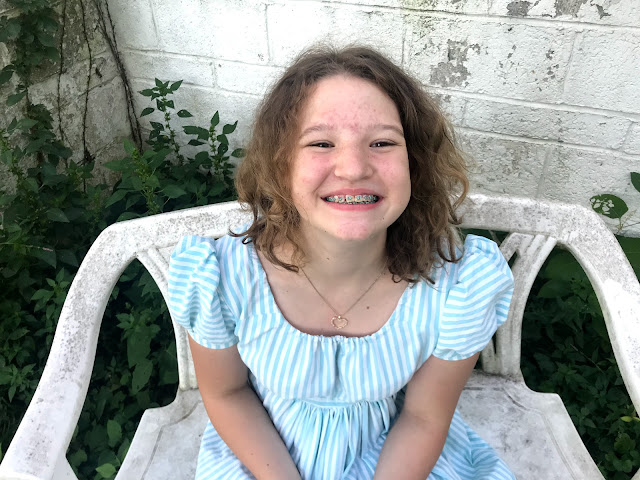 We were a little short of fabric, so she had to piece the front shoulders to make it work - she did well with that! 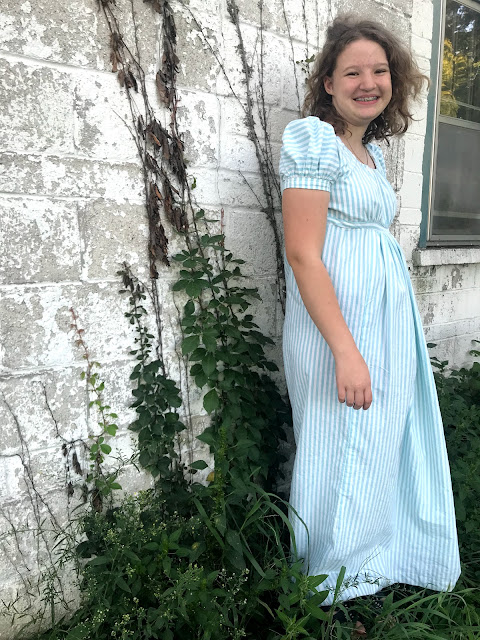 By the end of August, she'd finished the bodice of the dress. She worked on it on the weekends, when I was home from work to answer any questions she might have. 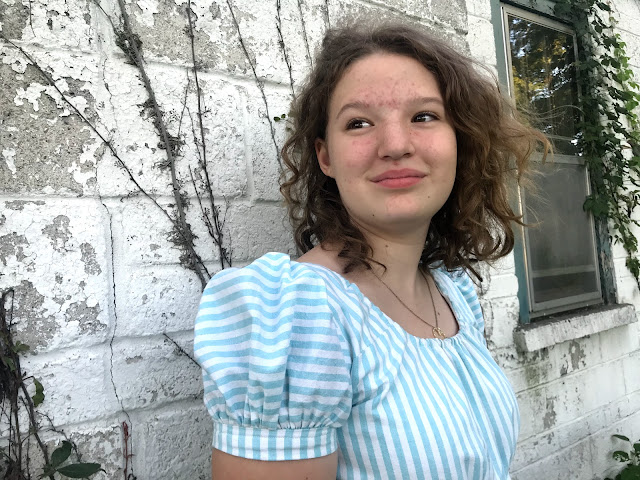 The sleeves were her first ever experience with gathering - a skill which intimidated her. She nailed it! 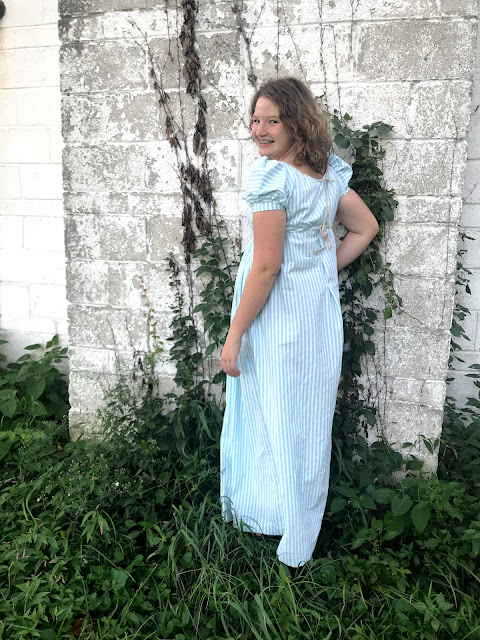 When I left for Uganda all she had left to do was attach the skirt to the bodice. I texted her a few times while I was gone asking how the skirt was coming, and she said she's have it done by the time I got home. 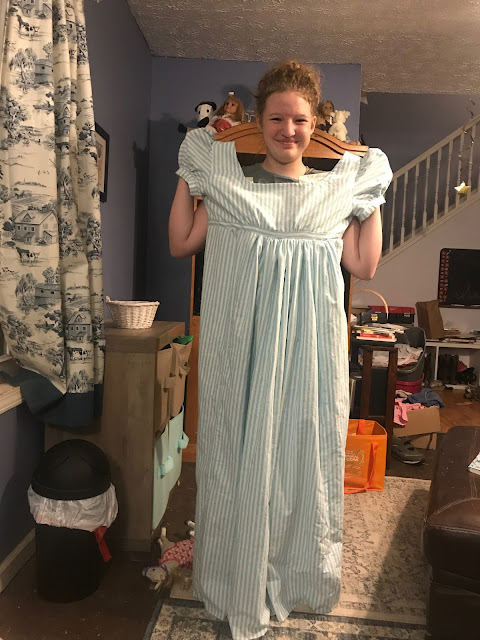 On Thursday, two days before the party, a day and a half before I'd be home, my mom sent me this picture. My sister had finished her dress!! 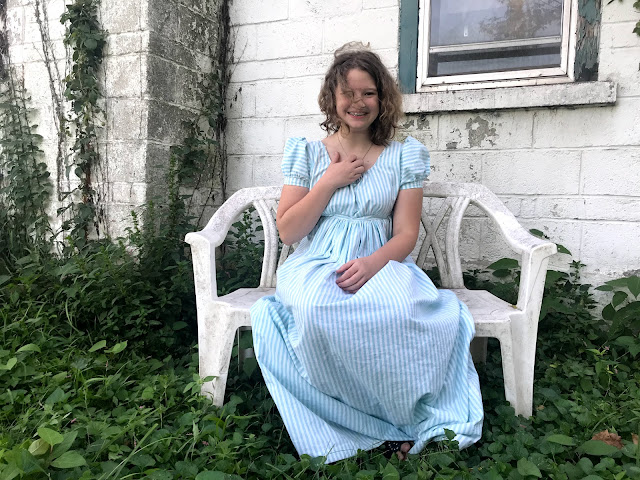 It was done!!! Her very first historical costume she made herself!! 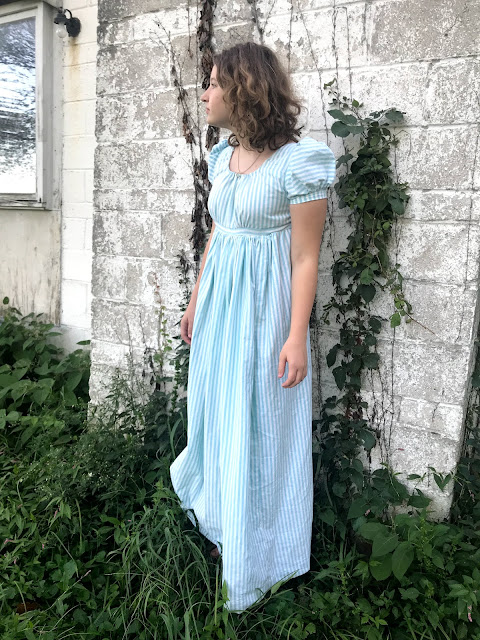 I am so proud of her for finishing it!!!! 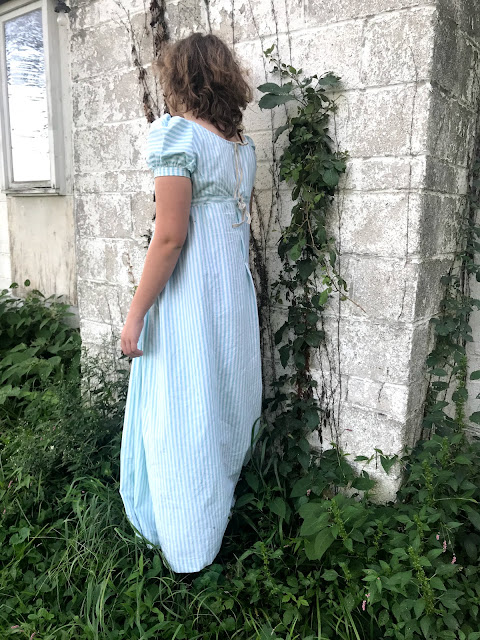 On Saturday she wore it for her birthday party with pride, and all her friends were super impressed she'd made it herself! 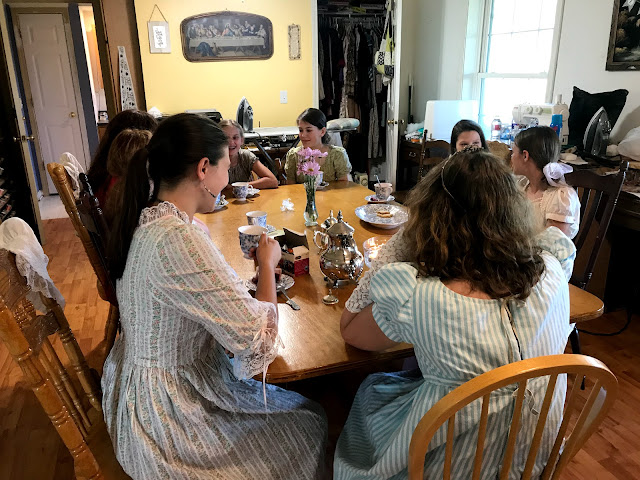 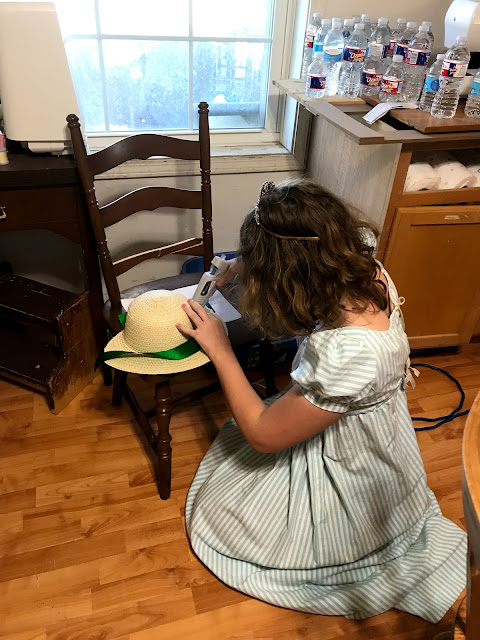 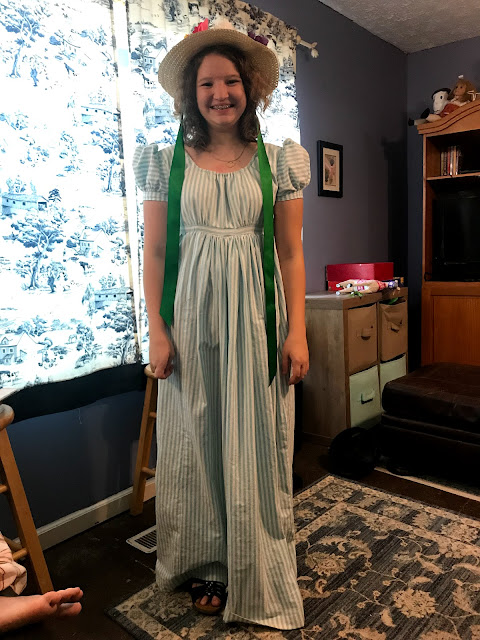 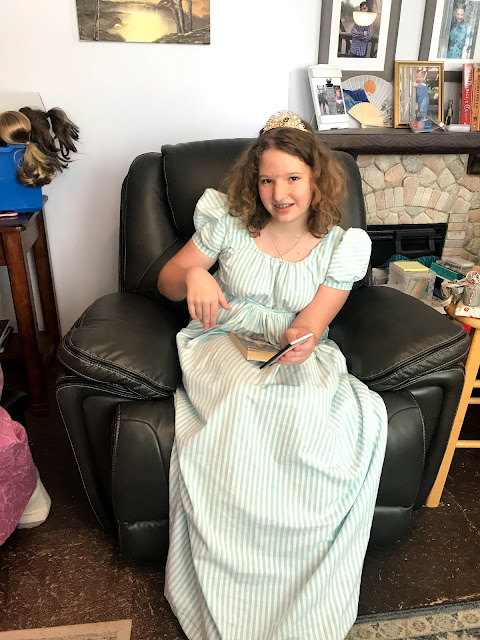 And just generally had a good time! 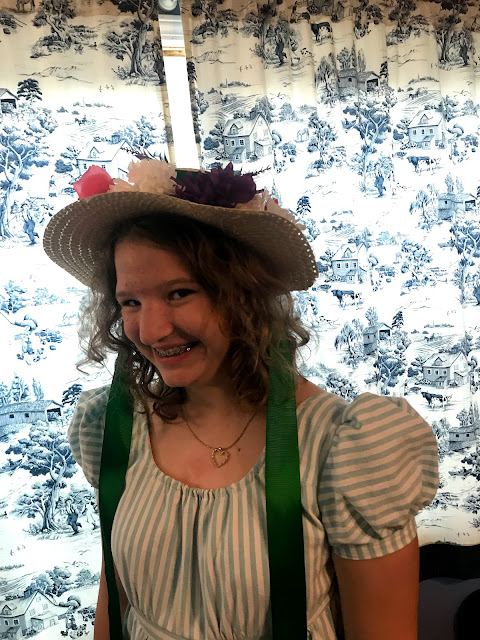 Now my sister is full of ideas for what she might do for her birthday party next year. 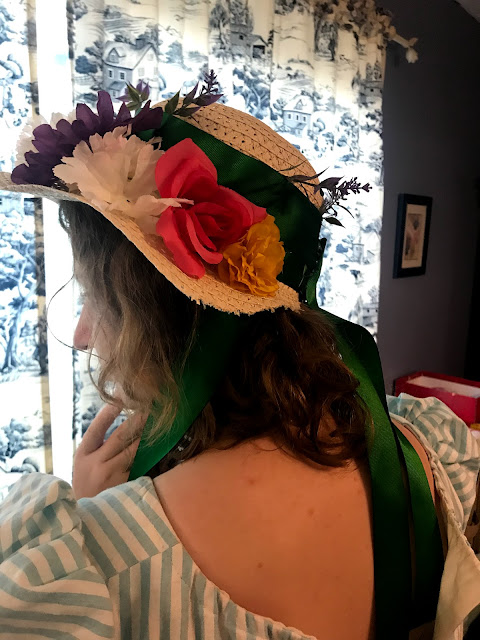 And she's full of ideas for future historical costumes she might make herself. 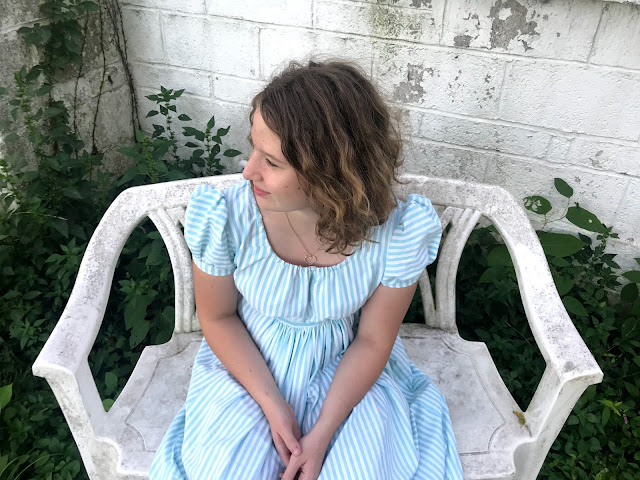 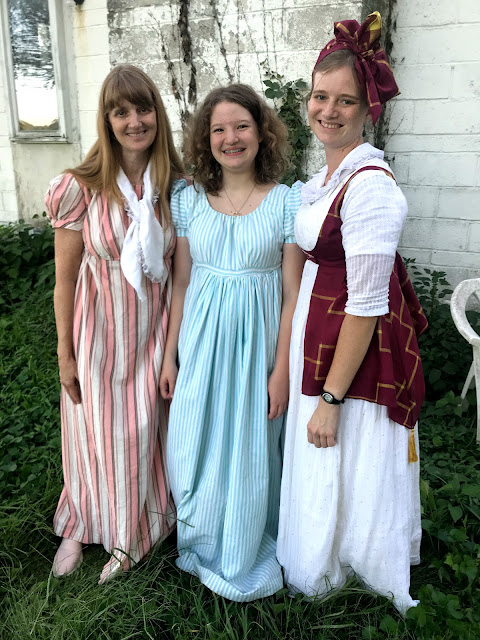