Last week was my best friend's birthday. A couple weeks ago I asked her what she wanted and she said a sundress. One out of this pattern to be exact. 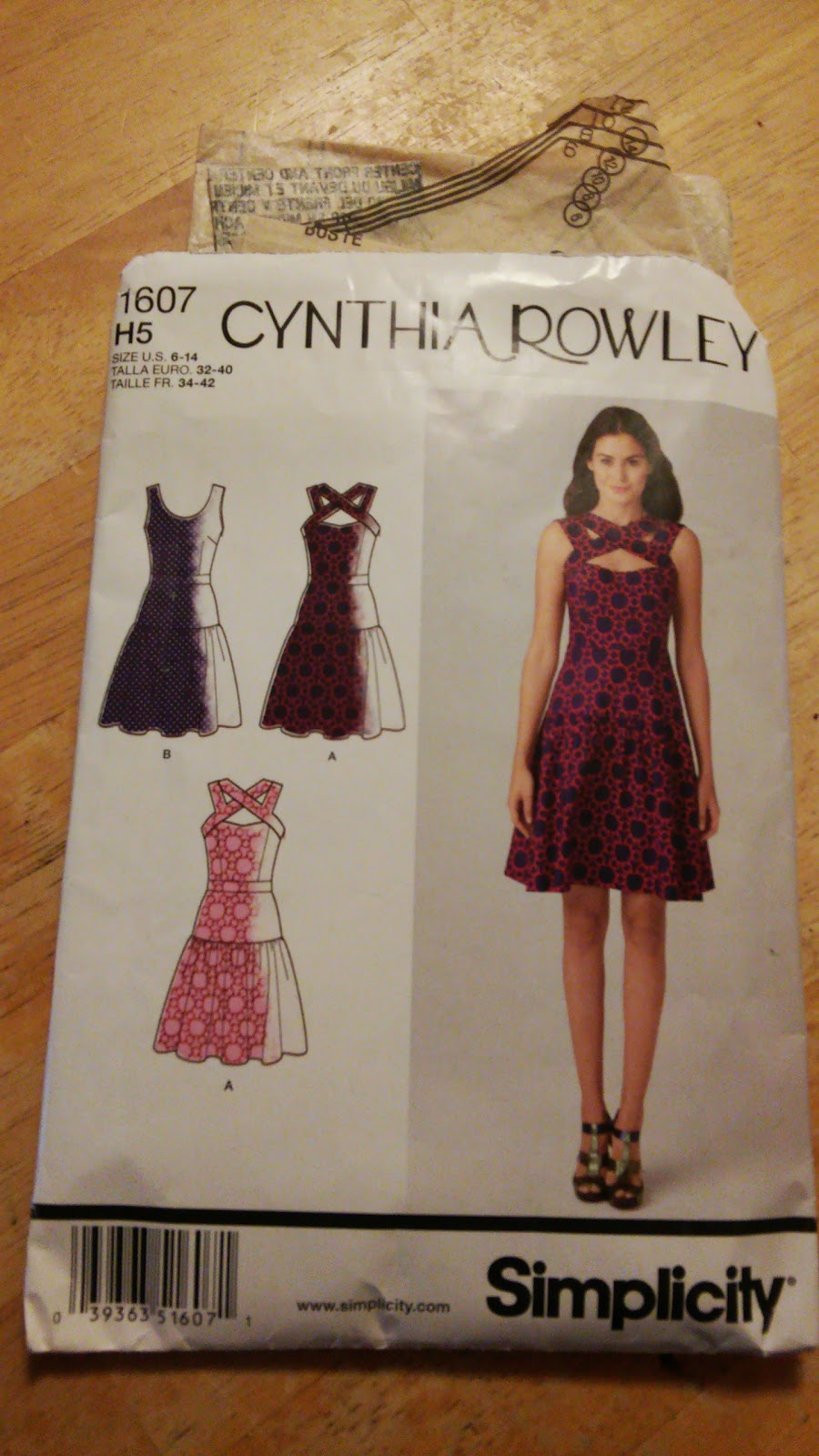 No problem I  thought, I'd used the pattern a couple times before and figured I could get the dress made in one evening. Not so. Ever had one of those projects that should have been easy but issues kept coming up, making the project take twice as long as it should have? That was this dress. I altered the neckline last time I made the dress so that the straps weren't criss-crossed in the front, thus I hadn't attempted the straps as they are pictured on the pattern. Well, the criss-crossed strap pieces just didn't want to behave! I sewed them all together, no problems, until I glanced at the pattern directions and realized I'd sewn them all wrong! So out came the seam ripper, and a little while later the straps were fixed and ready to to be sewn on to the bodice. I started to pin them on, then realized they didn't fit on like they were supposed too! By this point i was rather frustrated (and tired, apparently sewing while tired isn't a great idea). I was ready to just give up, but my friend wanted this dress, so gosh dangit, i was going to make her this dress! I worked with the fabric some more and still couldn't get the pieces to match up. Then suddenly a wonderful thought hit me. I could put the bodice and straps on my dress form to figure out what was wrong! After all that's why I got a dress form, so I could work on my projects on a 3D surface rather than a flat one. So onto my dress form the whole mess went. 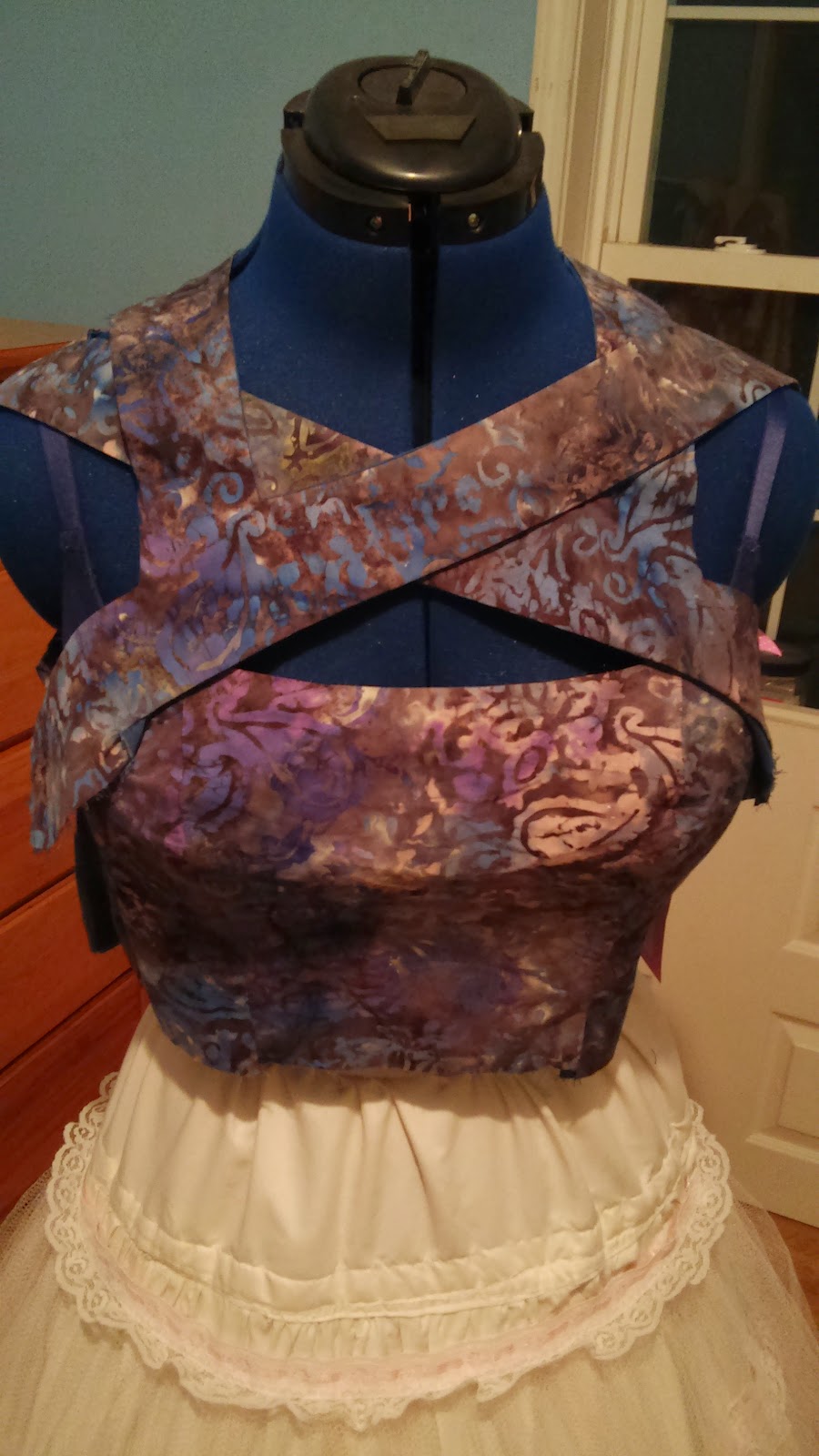 And suddenly it wasn't a mess any more and I could see what I needed to do to make everything fit together. I needed to lengthen the part of the strap that was supposed to attach to the bodice. By pinning a piece of paper under the fabric I was able to figure out how much longer the strap pieces needed to be and make a pattern piece for the extra length. 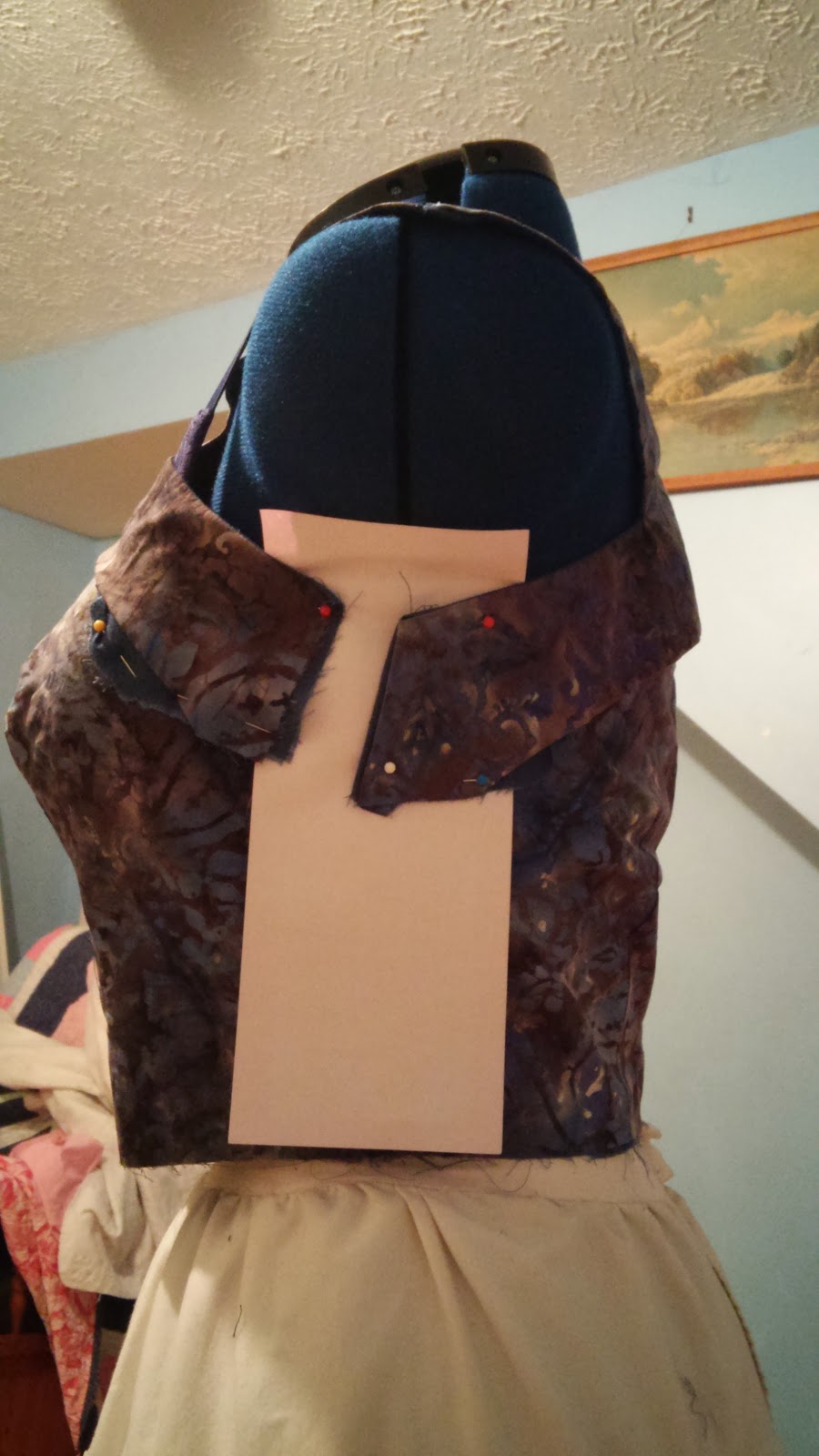 So I lengthened the straps. Then finally I got them sewn to the bodice! The rest of the dress went together with no issues. Those straps were definitely a learning experience, but the dress turned out nice, and my friend loves it! 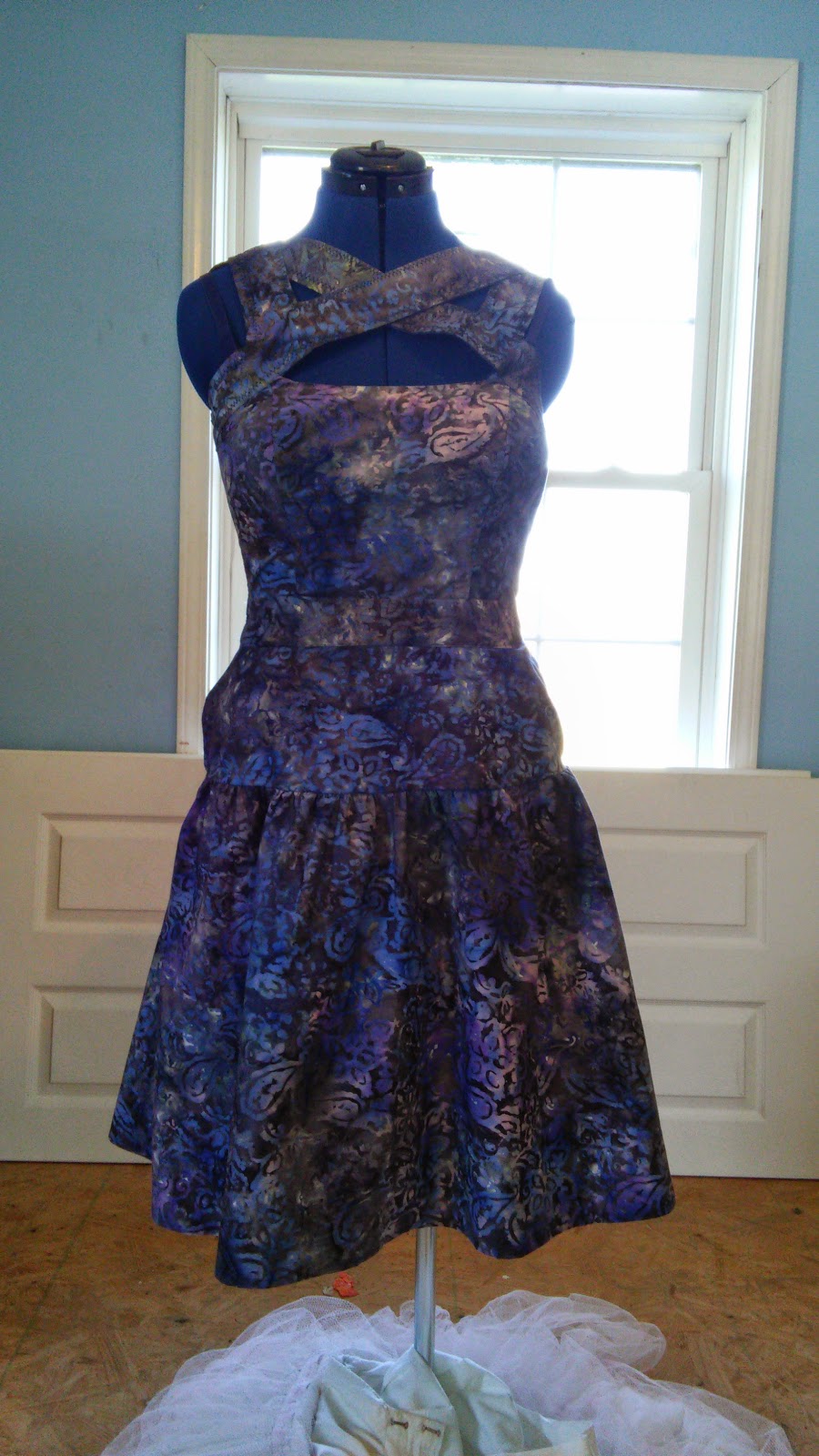 What I learned making this dress is that dress forms are extremely useful, and I should remember to use mine more often. Also, always pay close attention to the pattern directions if you are at all unfamiliar with an element of your project. I typically ignore the pattern directions unless I get stuck somewhere in the construction process. If I'd looked at them when I first started this dress I could have saved myself time and frustration!

Thankfully my next project wound up being easier than I thought it would be. On Saturday I built a creep feed for my baby goats. A creep feed is a set up that allows the babies to eat as much grain as they need, while keeping the big goats, who don't need too much grain, away from it. I have needed to build one for a while now as the babies need more grain then just what they get when I feed the big goats, but I just couldnt figure out what to build it from. Finally last week it hit me, I could build a creep feed from pallets! 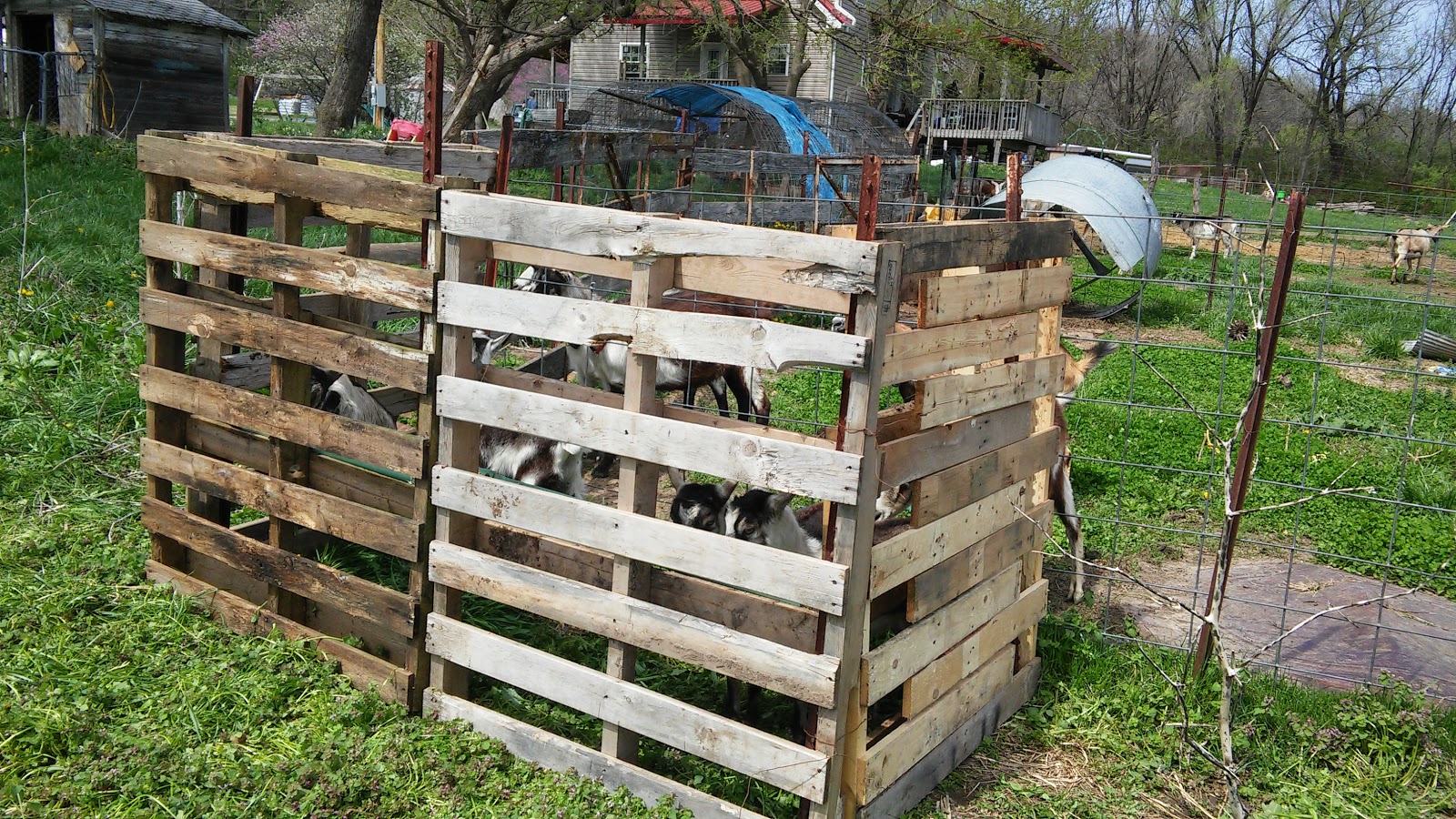 After gathering up my supplies, which consisted of 4 pallets, 4 steel posts, bailing wire, and a feed trough (made of pvc pipe), I got to work. I drove the steel posts into the ground then put up the pallets. Rather than just tying the pallets to the posts with wire I slid one end of the pallet over the post. This way the fence staying up isn't reliant on wires that could easily break if they get too rusty!
My plan was to wire the pallets together, but ,when we were ready to attach the pallets to each other, I came up with a better idea. We could screw the pallets together! So that's what my brother and I did. We then put up the feed trough and the creep feed was done! 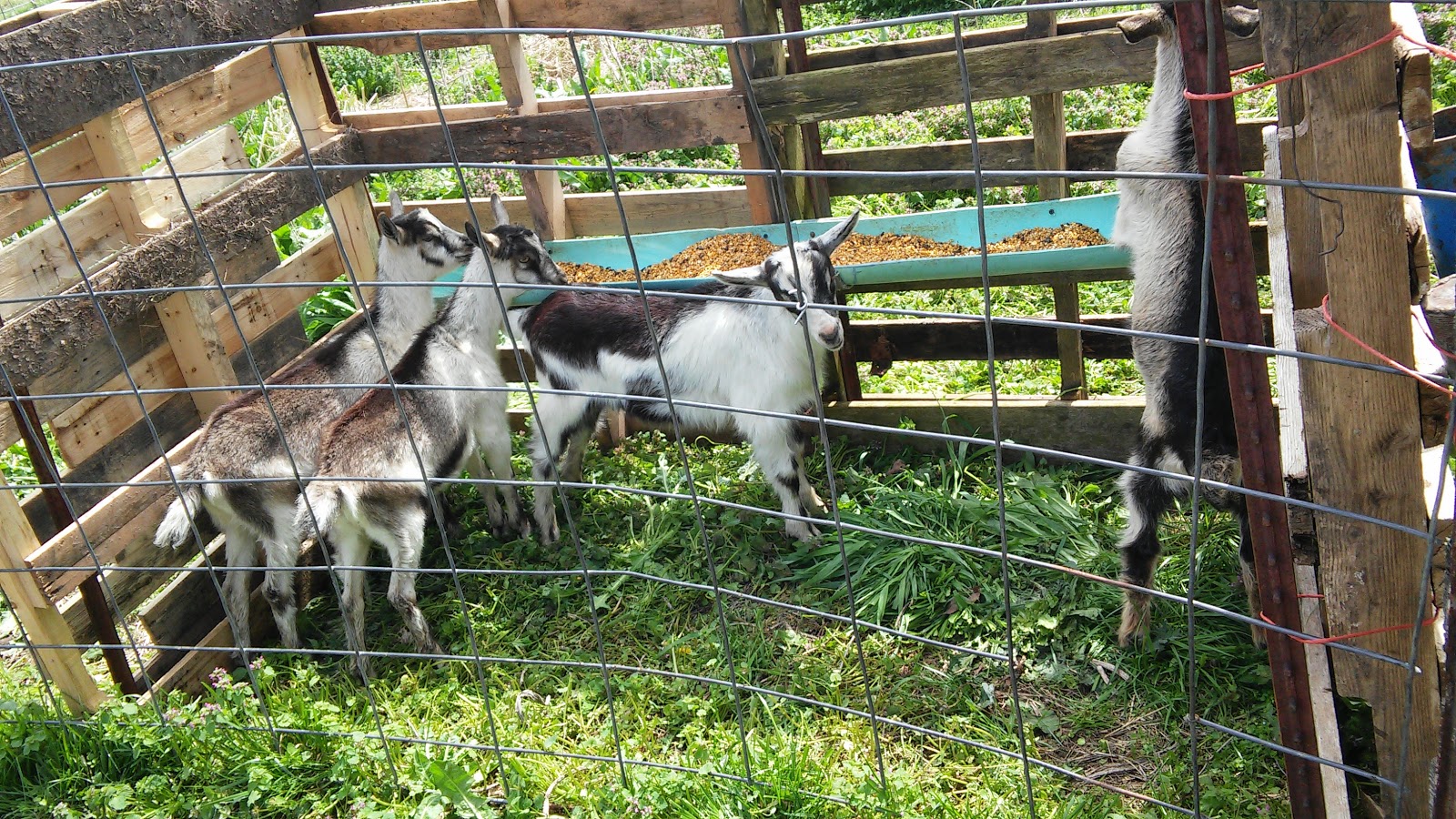 We made a hole in the fence so that the babies could get into the creep feed and now they are enjoying eating all they want without interruption from the big goats! 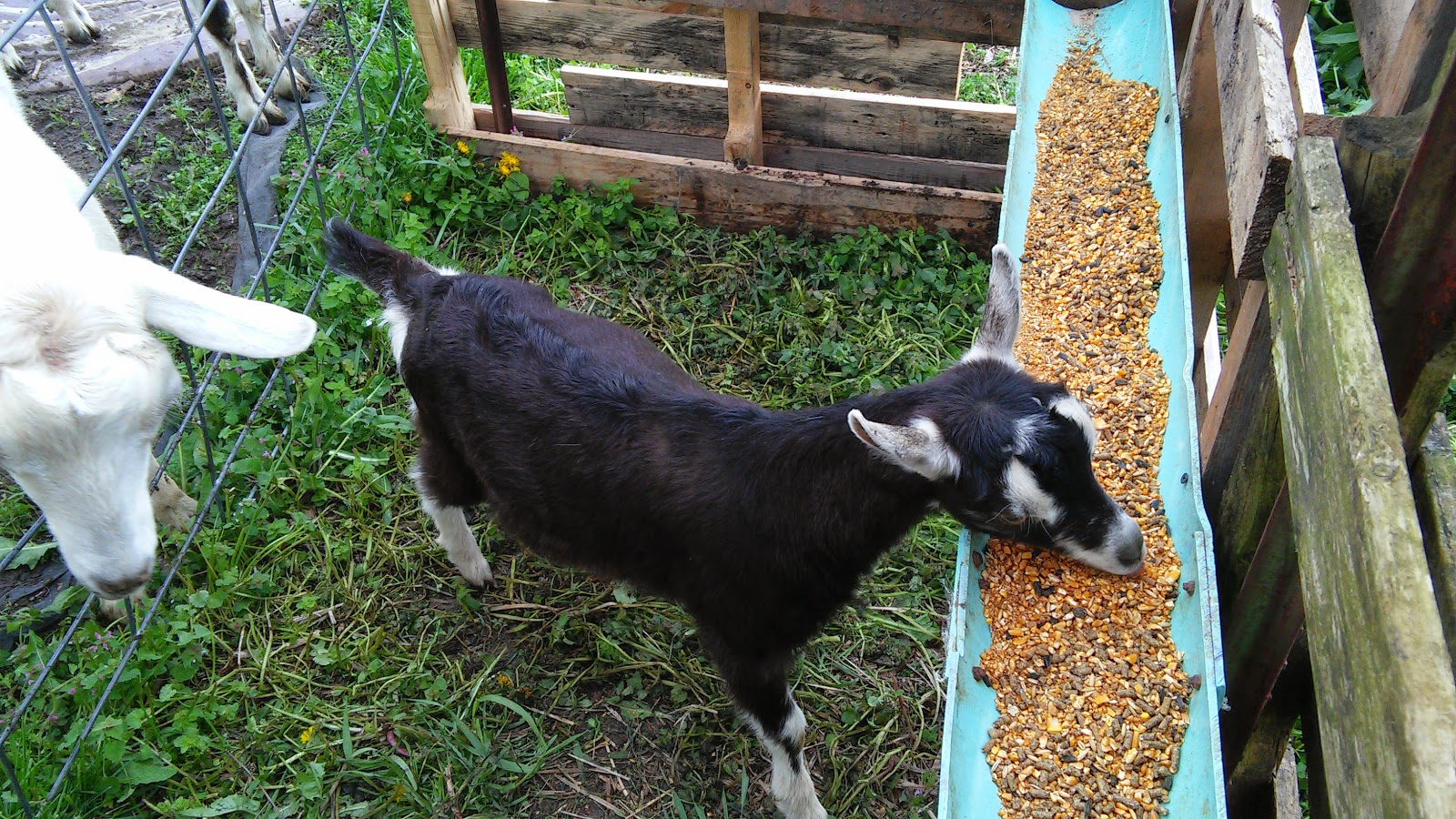 The big goats aren't as pleased with this set up. They want extra feed too! 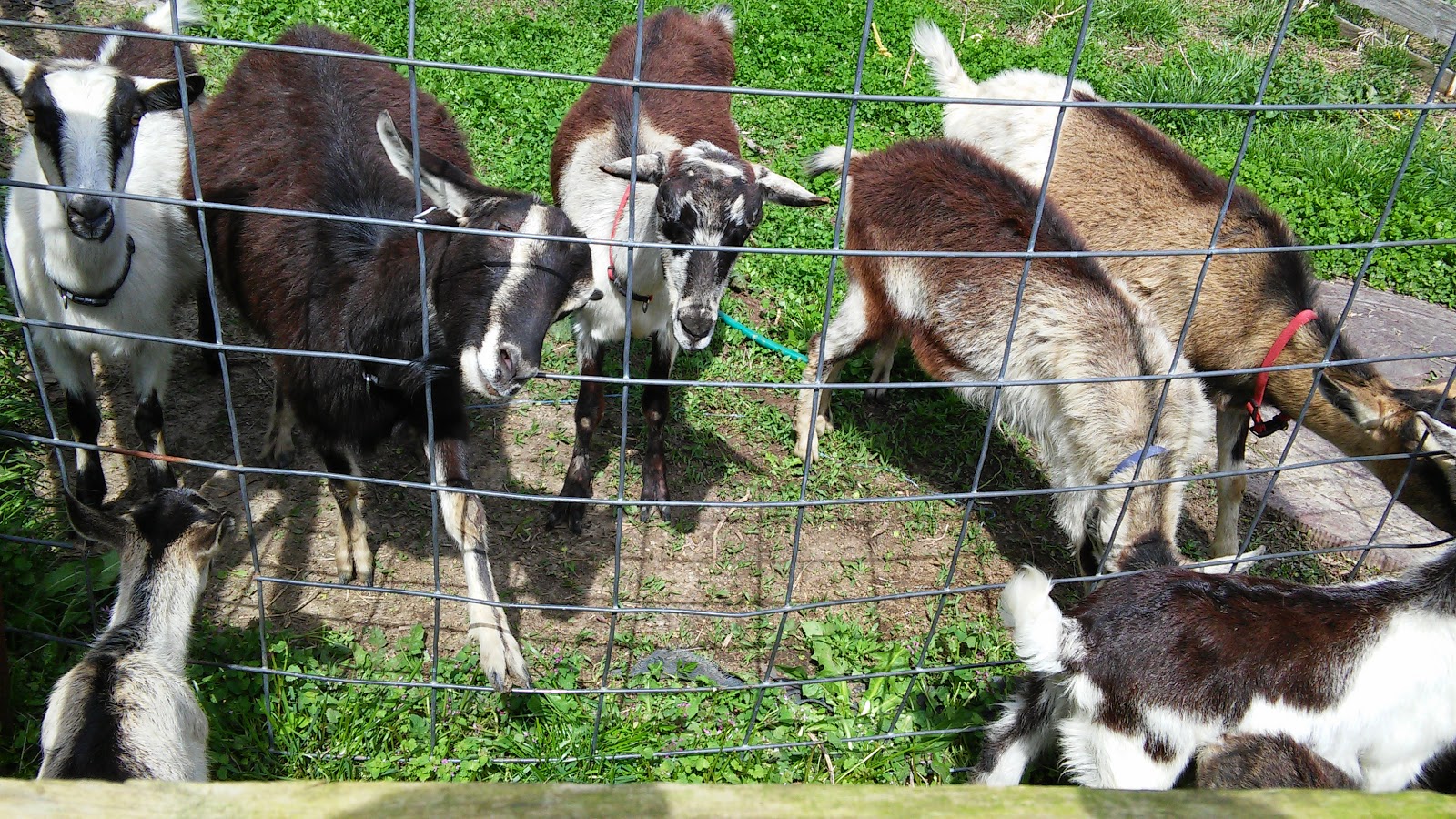 This creep feed was so easy to build! It took us less than an hour to put in all together, and it's very sturdy. In the future I may build my kidding pens out of pallets because I just love how this turned out!

Posted by Alyssa at April 13, 2015
Email ThisBlogThis!Share to TwitterShare to FacebookShare to Pinterest
Labels: Goats, Sewing