Milking: Two at a Time

I have started milking for the year! Up until now the babies have kept the mamas pretty well milked out, so I haven't had to worry about it. (Except to check the udders daily to make sure the babies have been nursing each side evenly. I can't have any lopsided udders!) 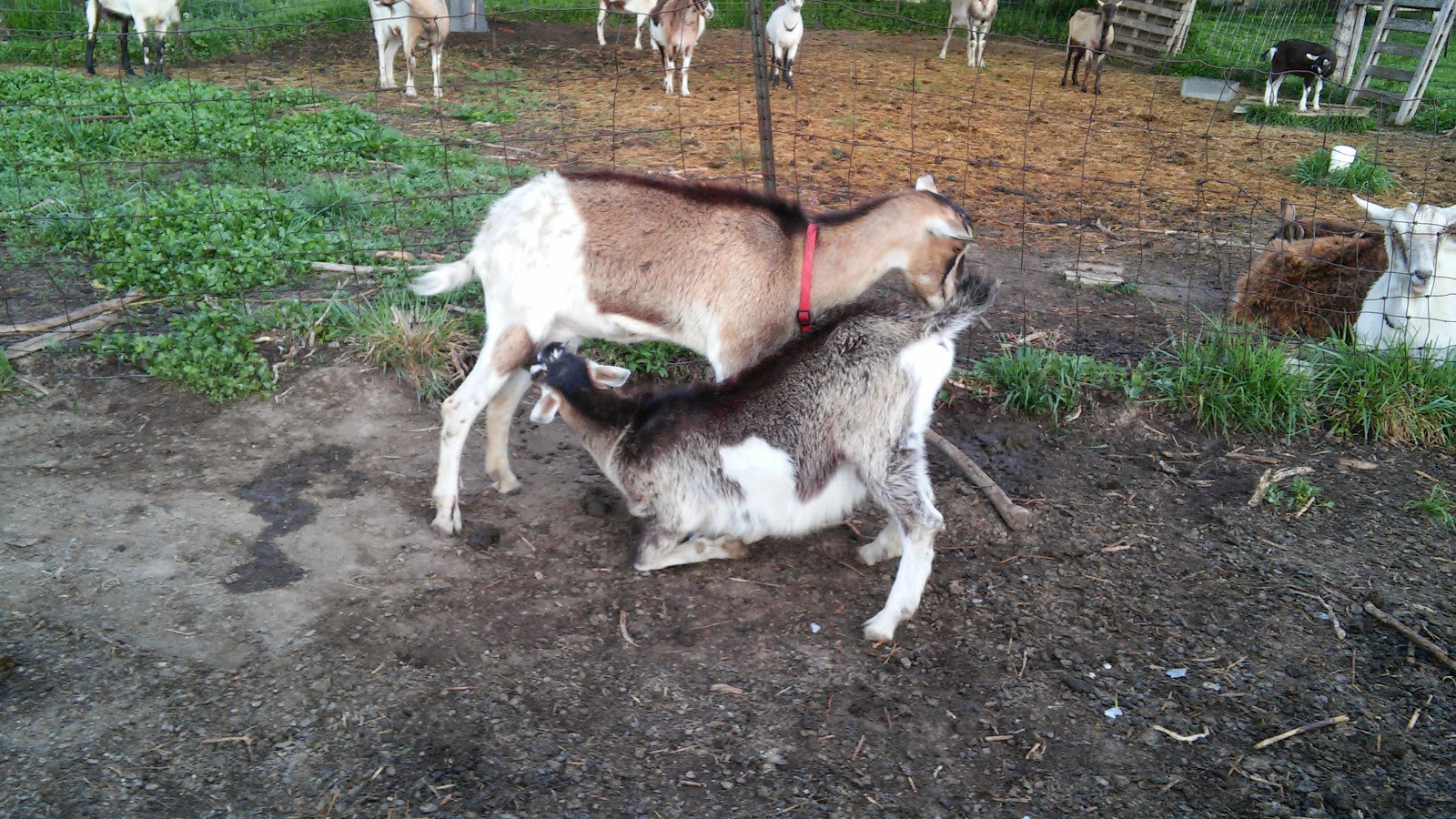 Now that the babies are getting older and eating more grain though, they are nursing much less! So, in order to keep milk production up, I have started milking once a day. (In another month or so it will have to be twice a day)
When they first kidded I trained the first time mamas to stand still on the milk stand for me, so they have that all figured out. Run out the gate. Jump up on stand. Eat as much grain as possible while getting milked. What they don't have figured out is the fact they should do this one at a time. 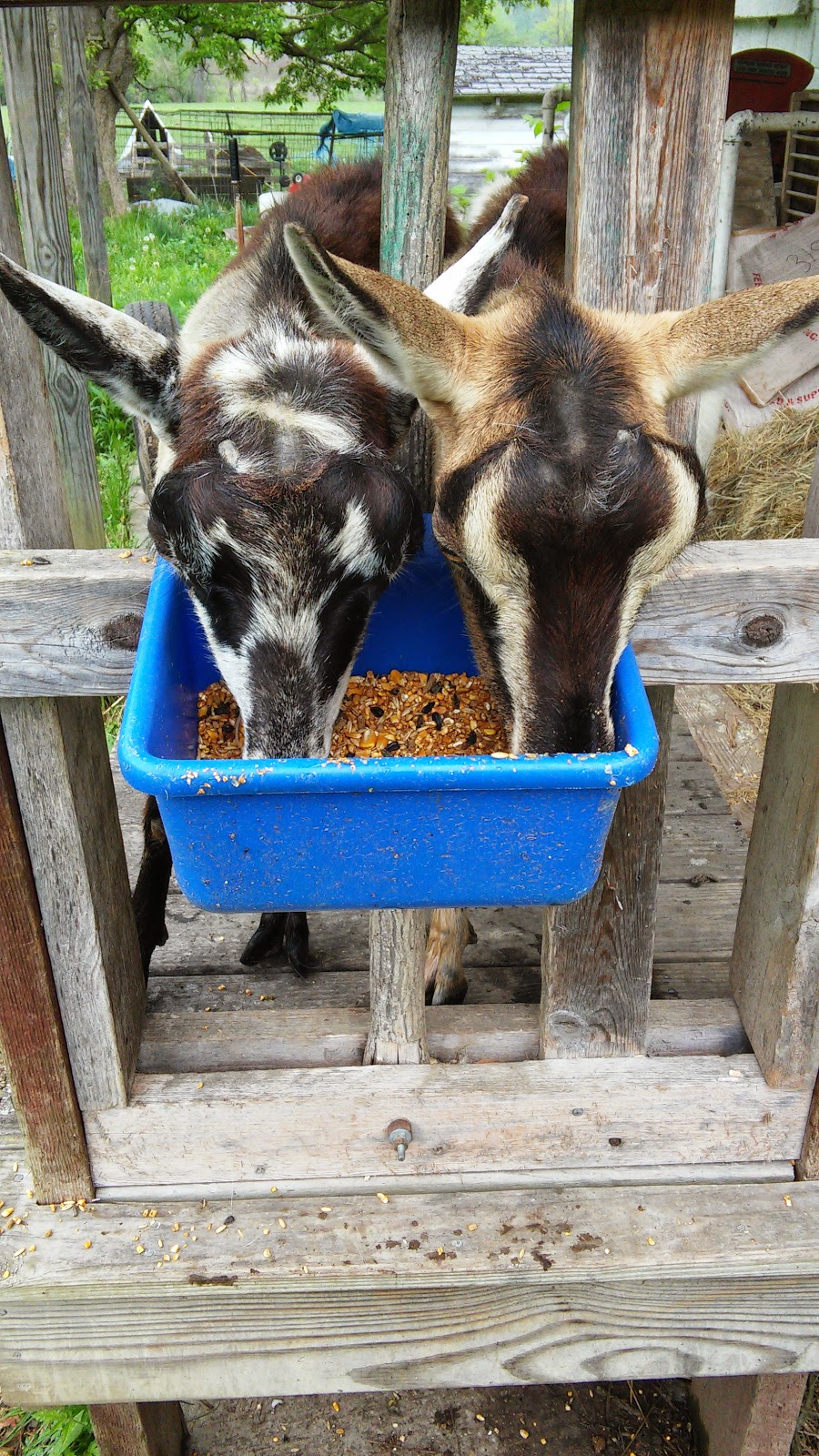 That's right. They're all trying to come out the gate at once. The best I can do when that happens is only let 2 out. Thankfully they have figured out how to share the milk stand. So, I don't particularly mind, as long as they stand still while I milk! 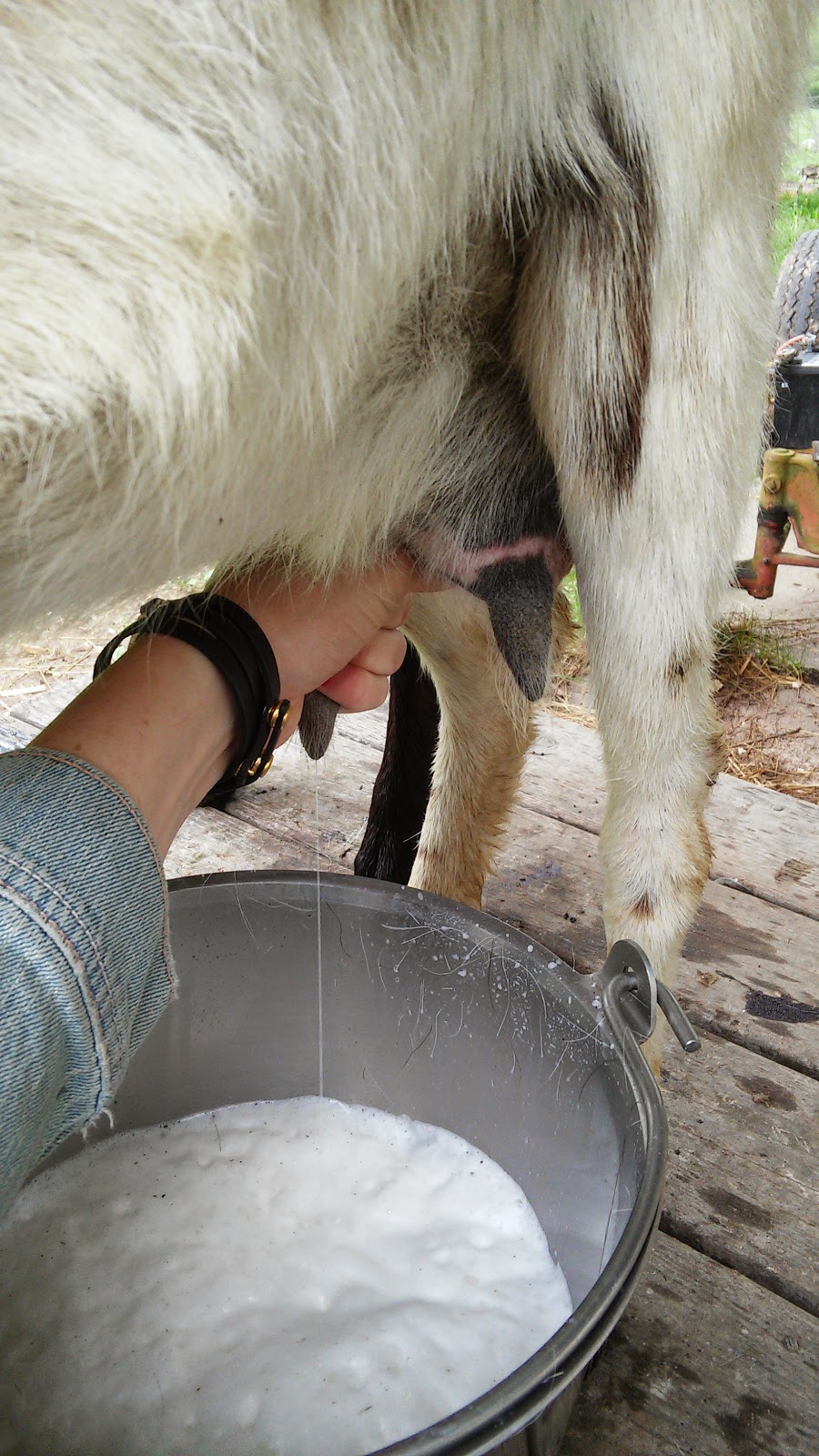 And they have no problem standing still as long as they have plenty of grain! It will be interesting to see how long they keep coming up two at a time, before they decide to take turns like they're "supposed to". Meanwhile I'm just happy to have goat milk again!
Posted by Alyssa at April 29, 2015
Email ThisBlogThis!Share to TwitterShare to FacebookShare to Pinterest
Labels: Goats