Sombrita has kidded!!! Saturday afternoon she had twin bucks! 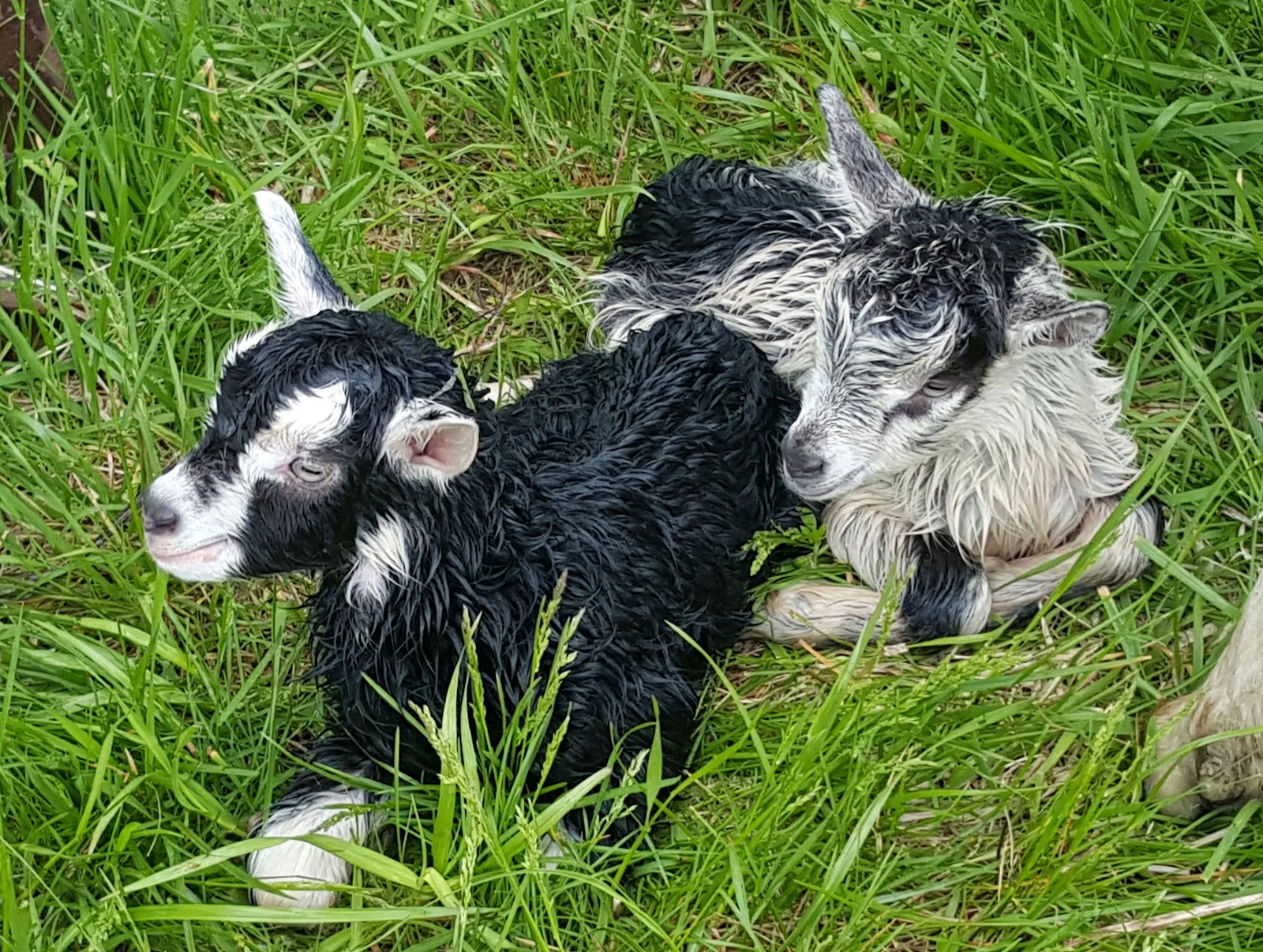 I didn't know when she was due so for the last month I've been watching her very closely. She got huge. Her udder got huge. 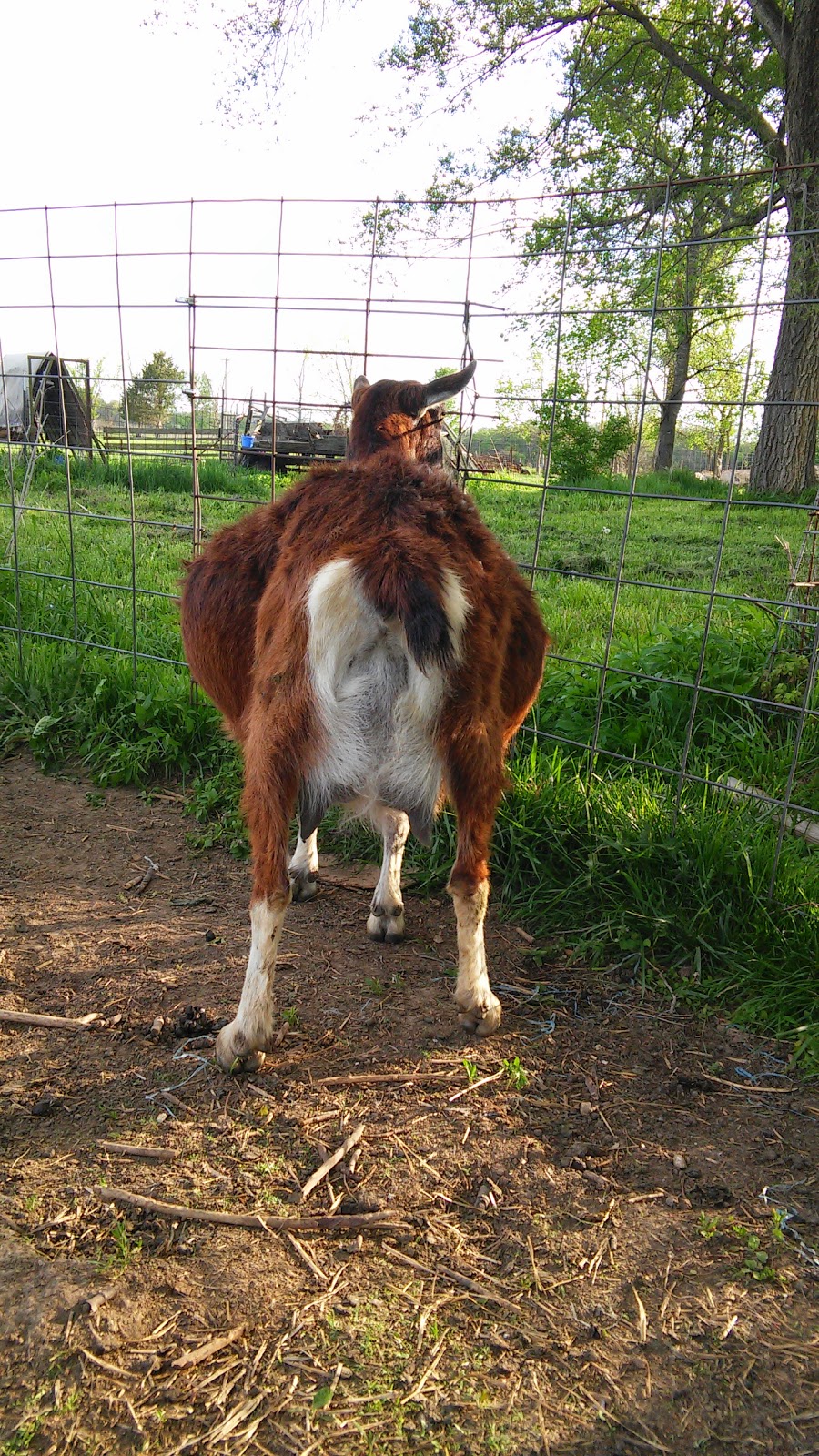 Still no babies. Finally on Saturday i could tell she was in labor. She was staying away from the other goats and crying alot! 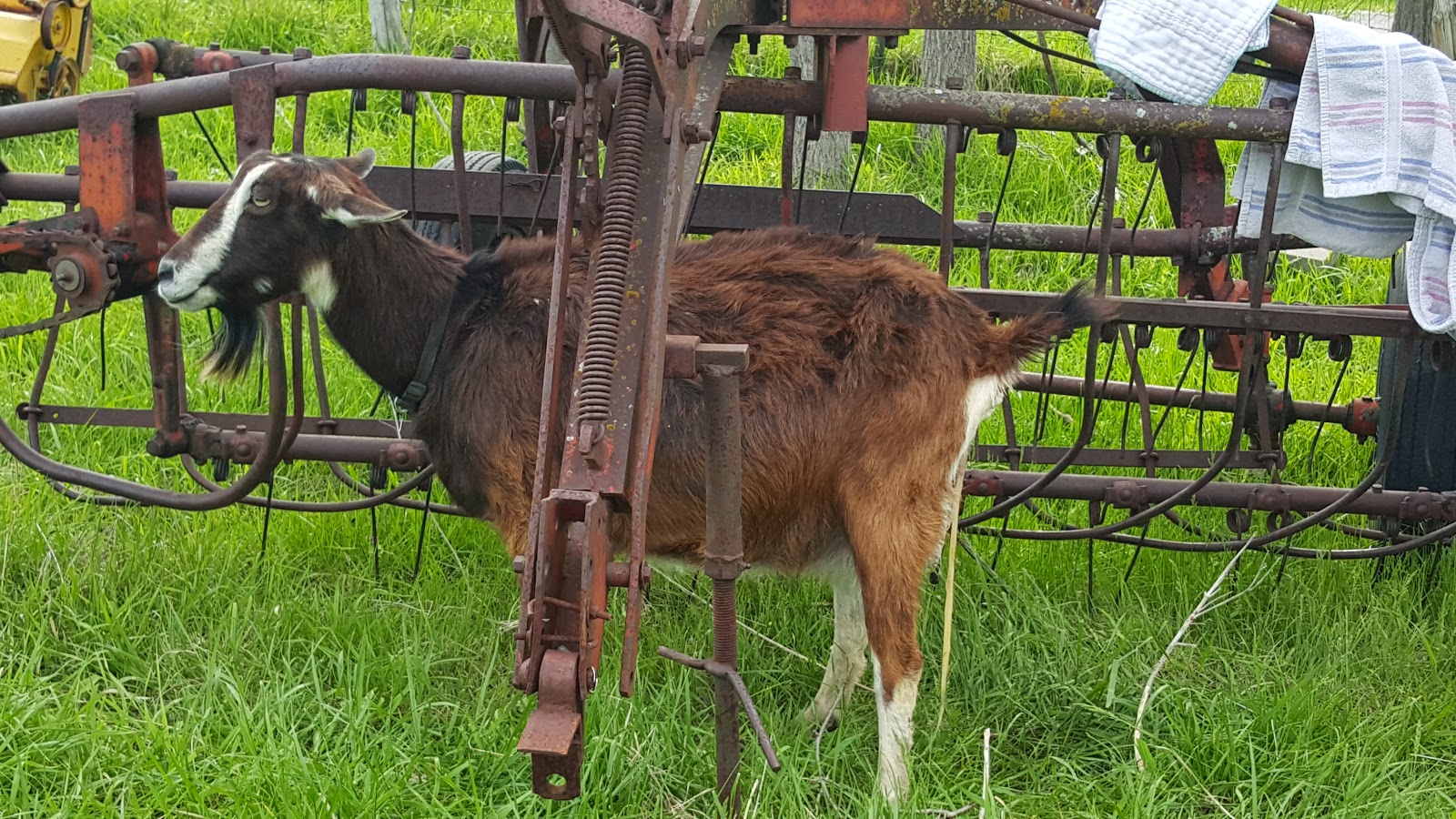 So all day I was checking on her hourly, until finally she began to push.
First two tiny hooves emerged. 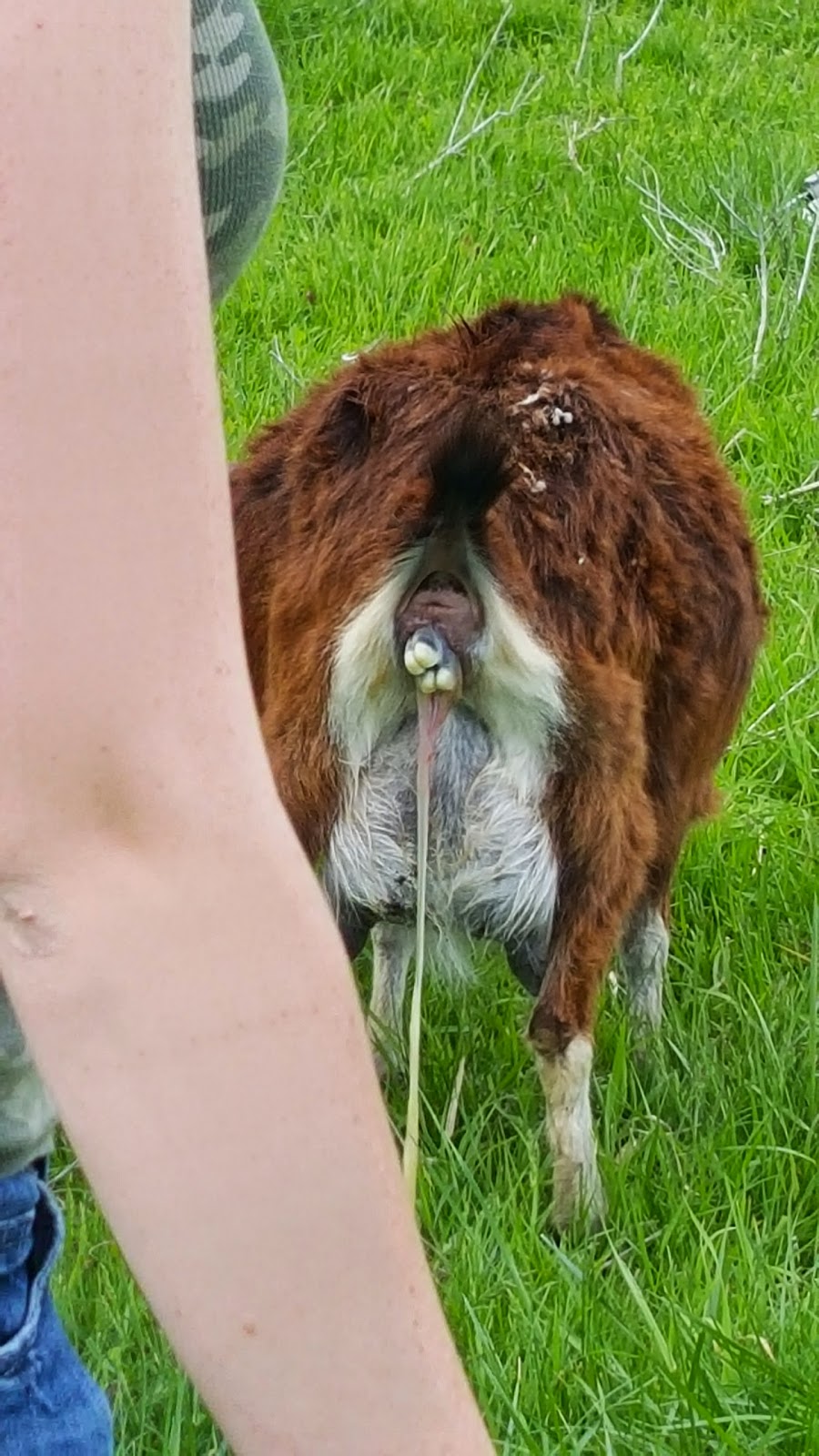 Followed by the head. As soon as the head was out, I dried it off, just in case the baby started breathing before he was entirely out. 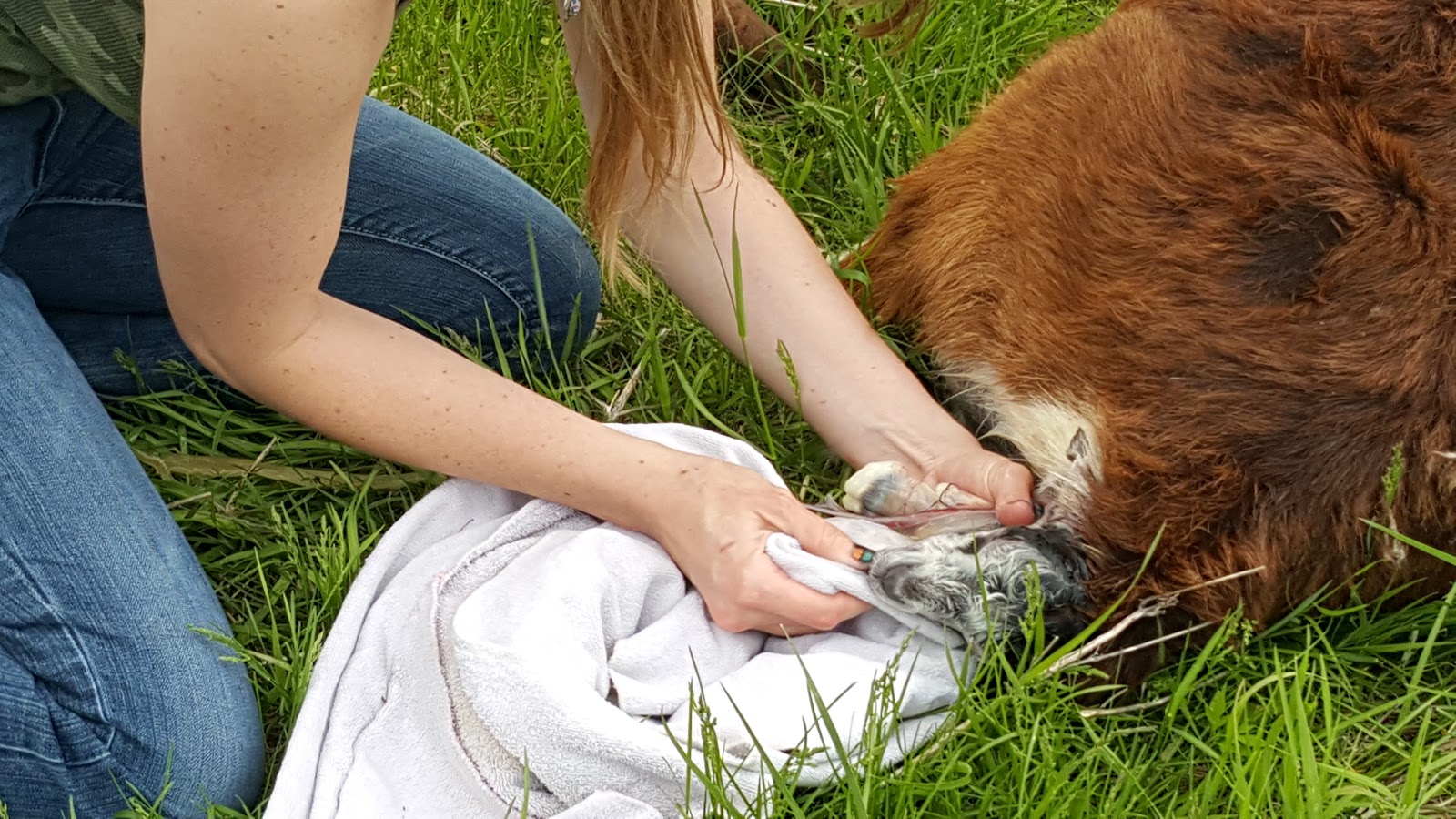 Now Sombrita could have handled everything on her own,(She has before) but I have a really hard time sitting back and doing nothing, so I was right there checking the baby's progress and helping how ever I could. 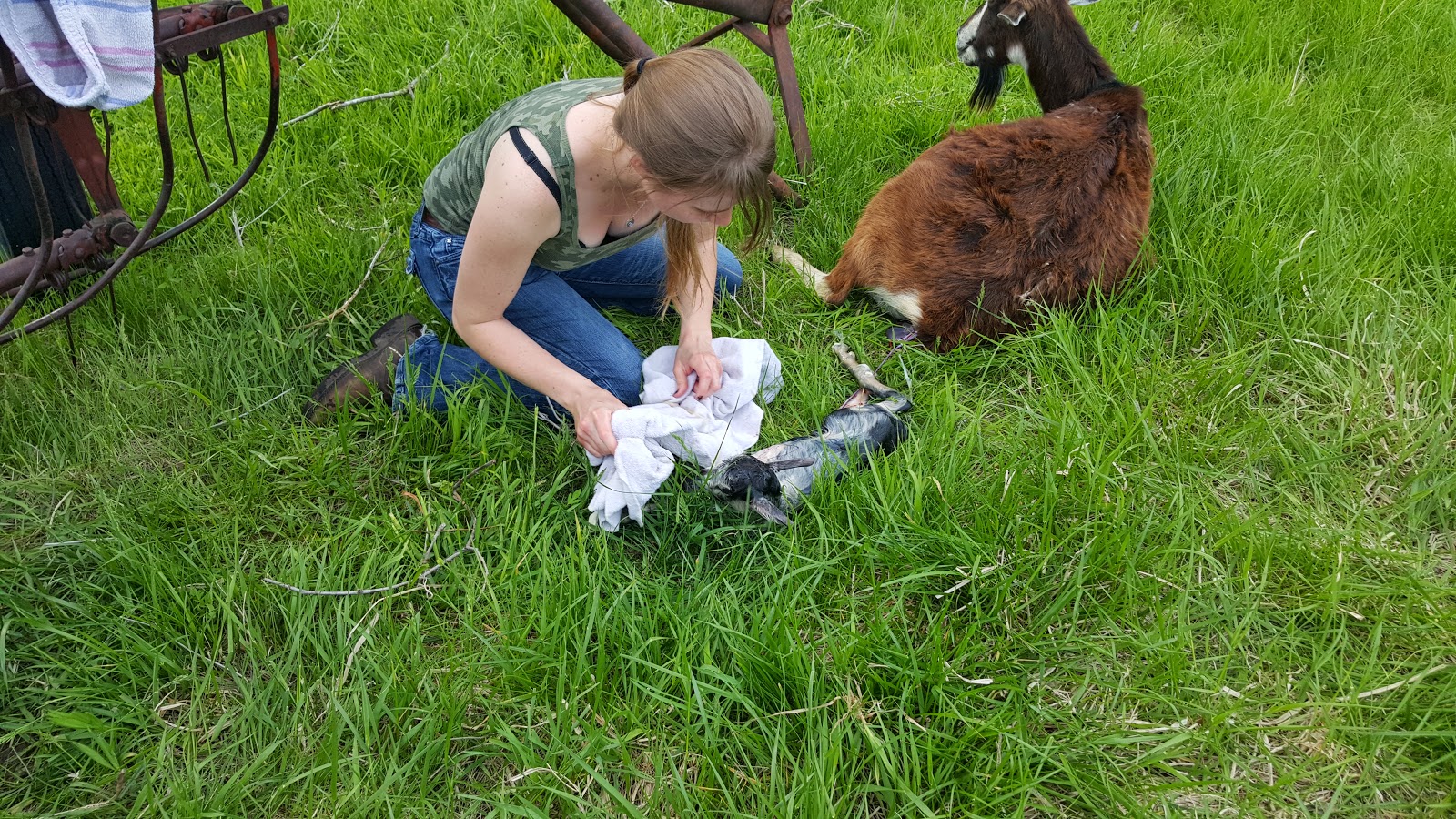 Pretty soon the baby was out! Sombrita was a very happy mama. She got right to work cleaning her son off. 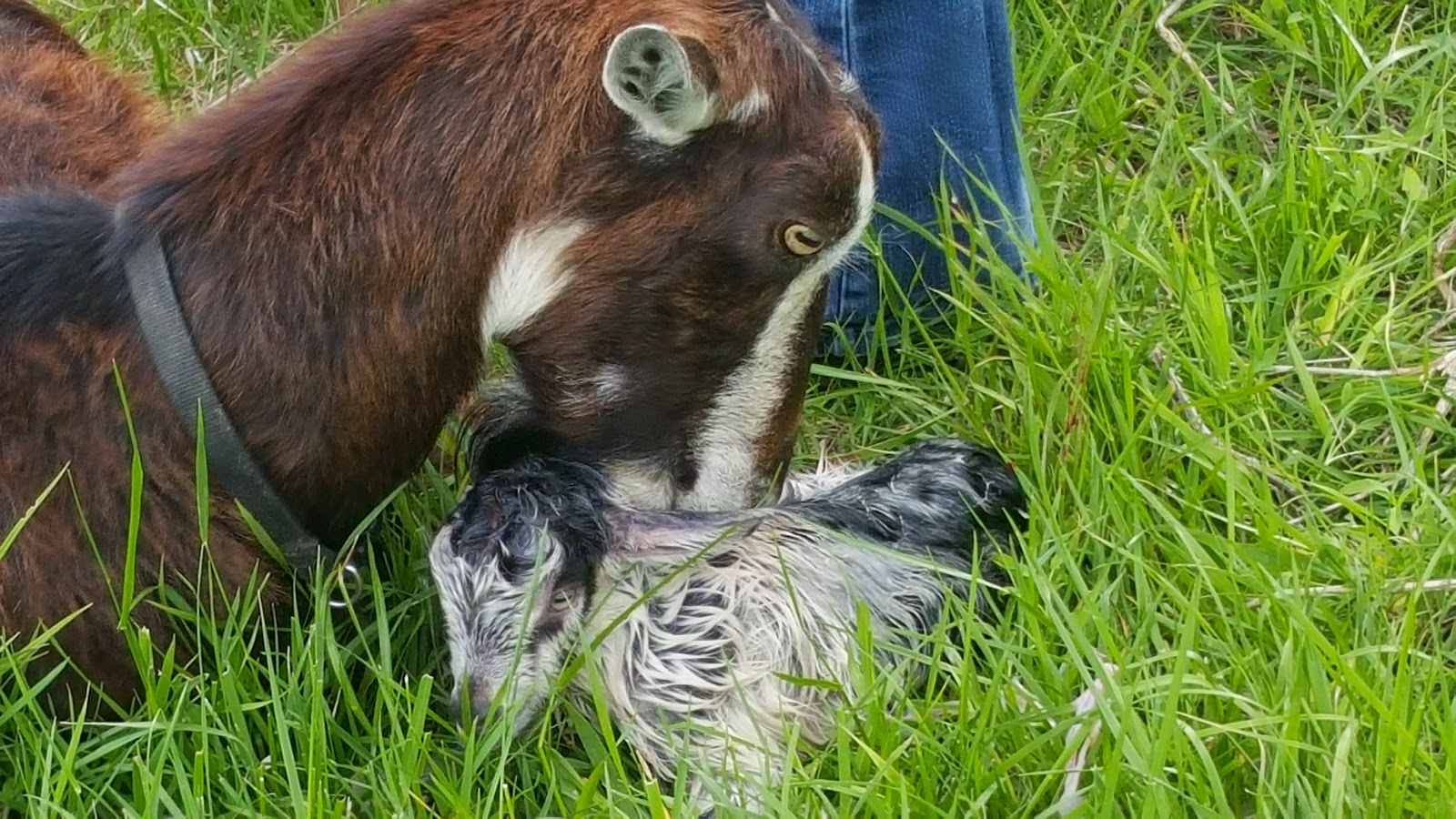 Before long though she started pushing again. Baby #2 was on his way. Too keep #1 safe and out of the way my friend held him. 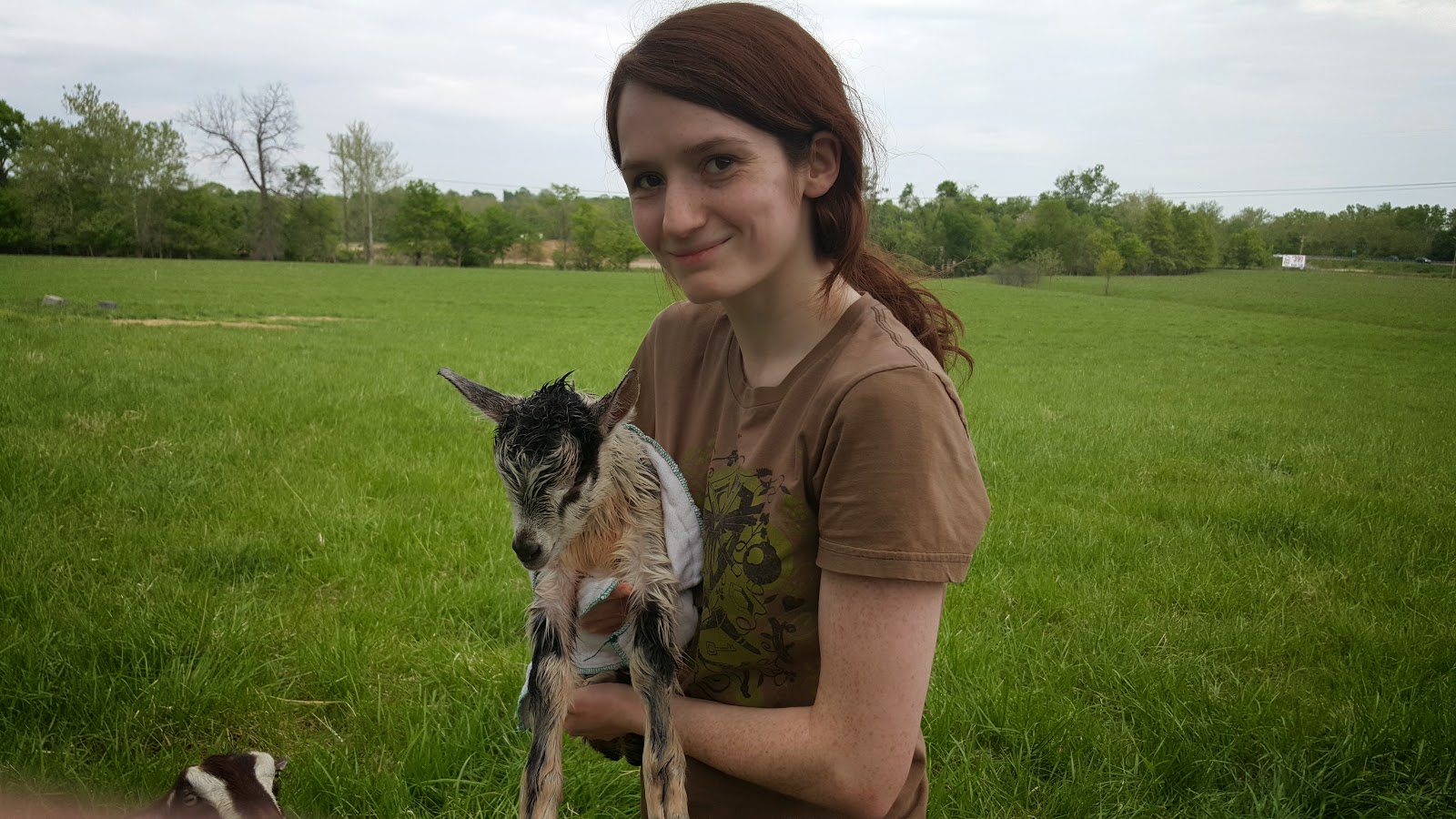 This is one of my best friends. For the past 6 years she has wanted to witness one of the goats kidding, but the goats have failed to respect her schedule, so it hasn't worked out. This time however she and her mom (who took all the awesome pictures) managed to arrive just as Sombrita started pushing! The timing couldn't have been more perfect.

The second baby came out much faster than his brother. Almost as soon as we saw the hooves, the head was out. I dried off the babies head so he could breath. I was excited to see he was going to have the same markings as Brita. 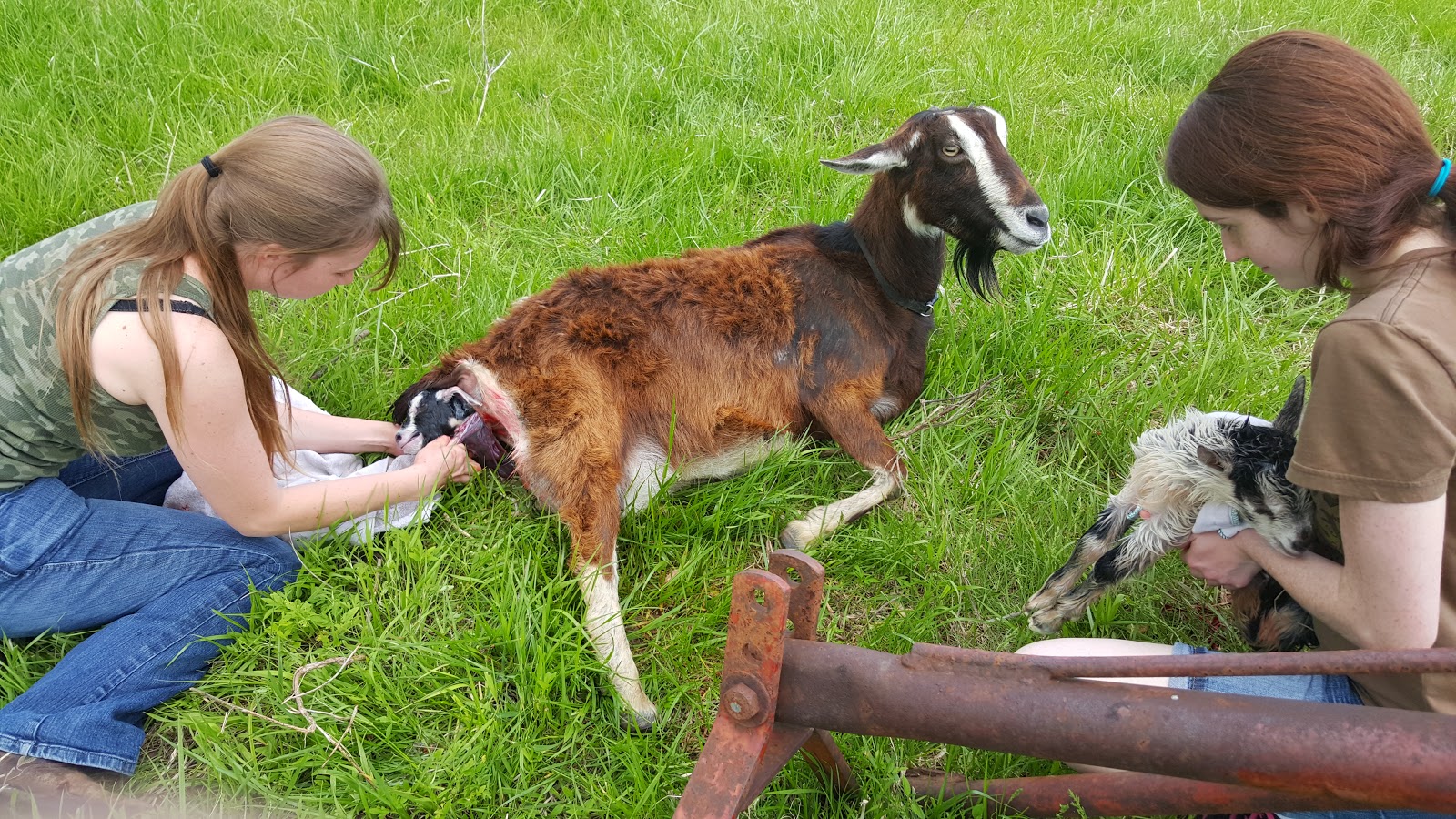 The baby was soon entirely out! 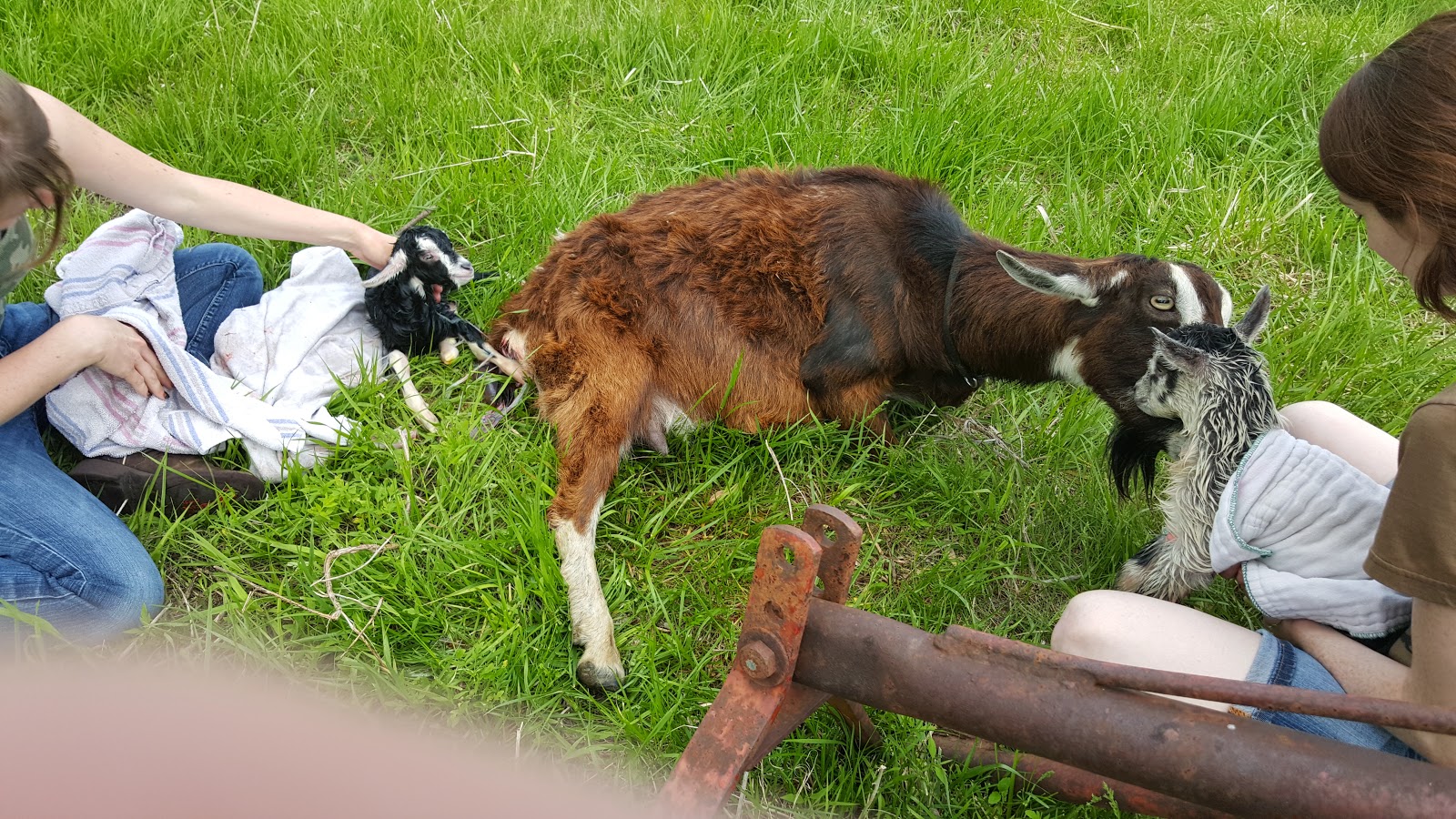 Sombrita seemed as pleased with him as she was with the first baby, and immediately cleaned him off. She is such a good mama! 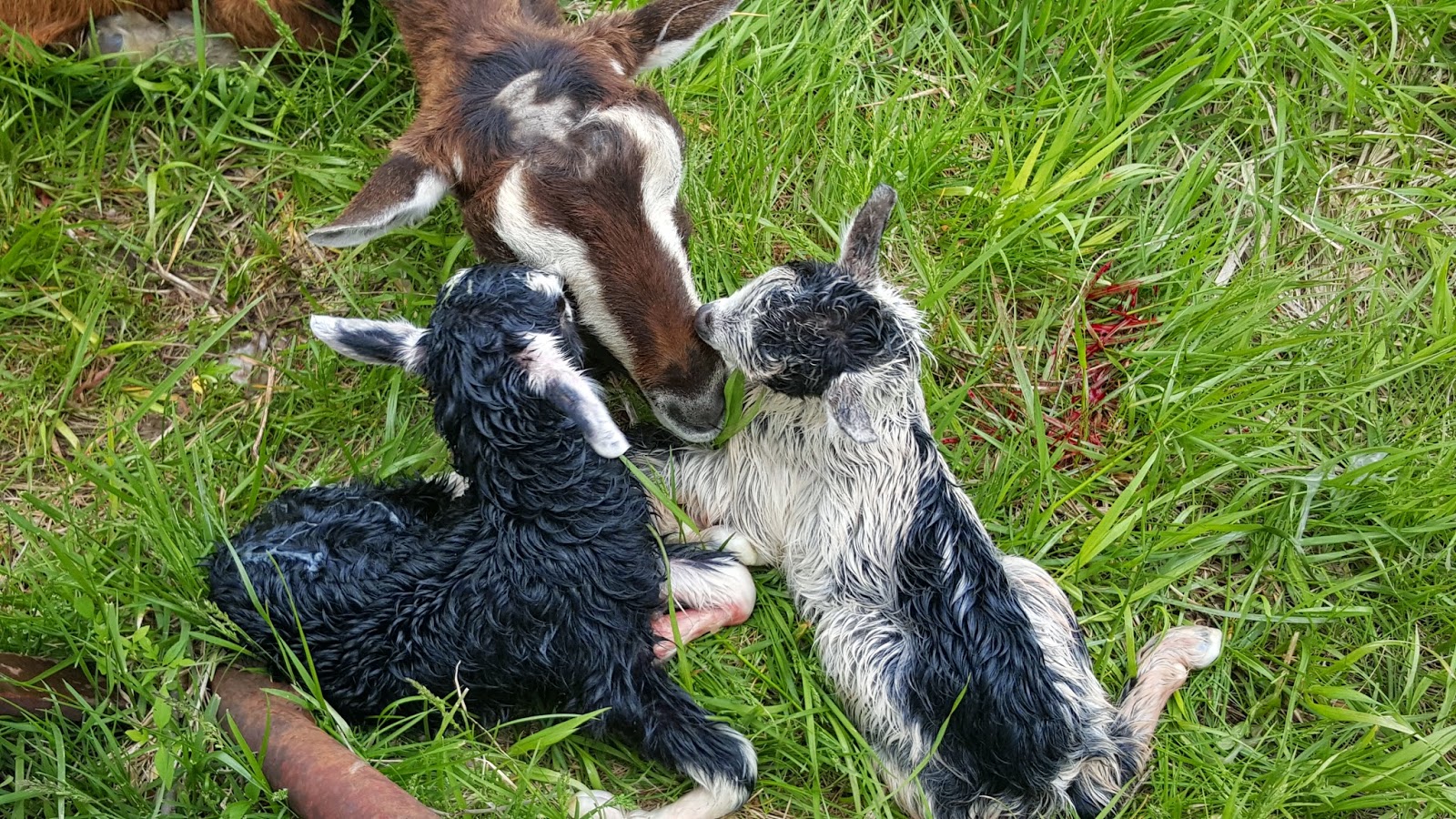 I am thrilled to have these babies! Sombrita is 9, so she's getting pretty old for a goat, and last year she didn't kid. I wasn't sure I'd ever get babies out of her again. Finally last month I could tell she was actually pregnant (after several months of hoping she was but not being sure). 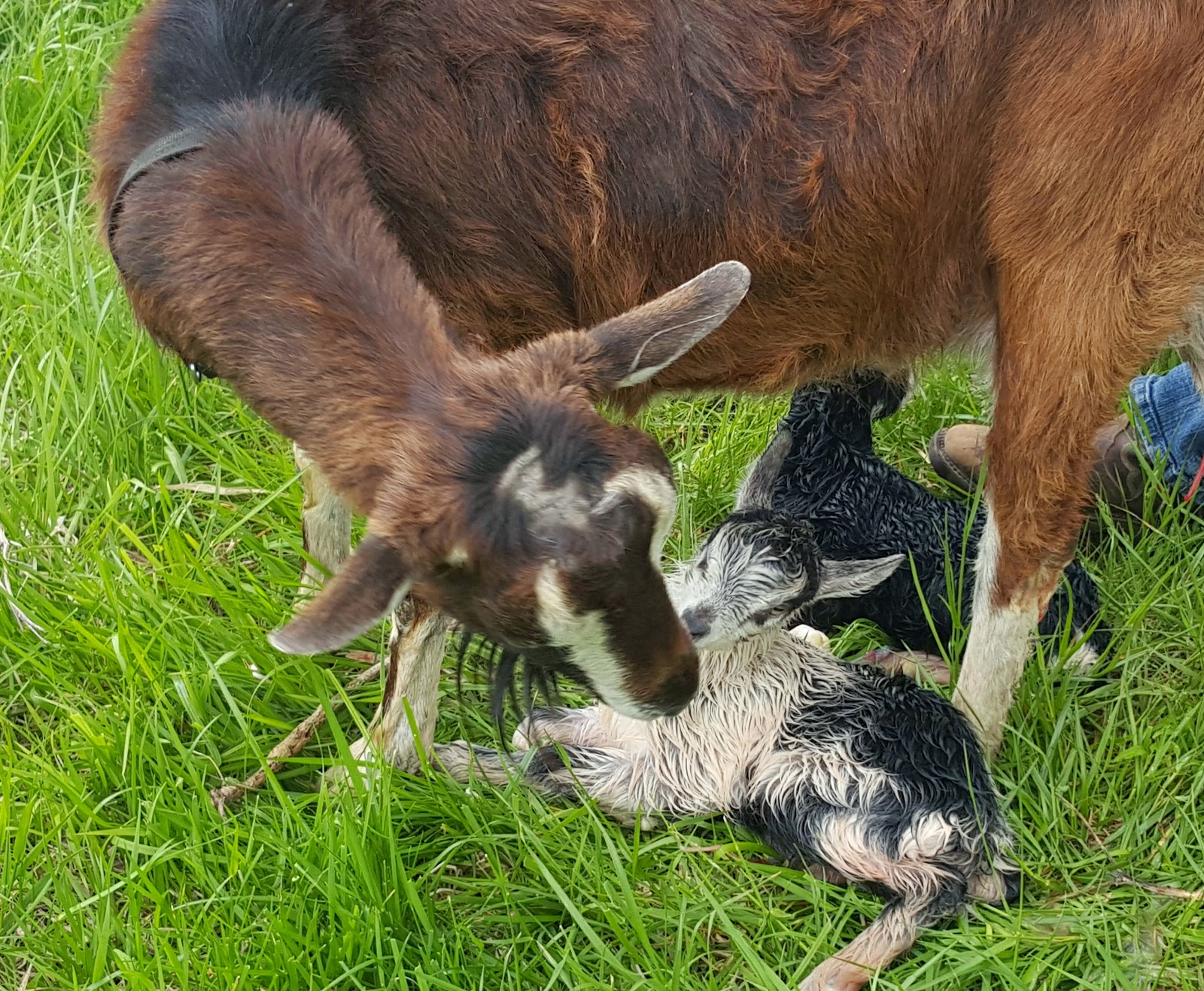 These babies are out of Coach, a buck we just got last summer. 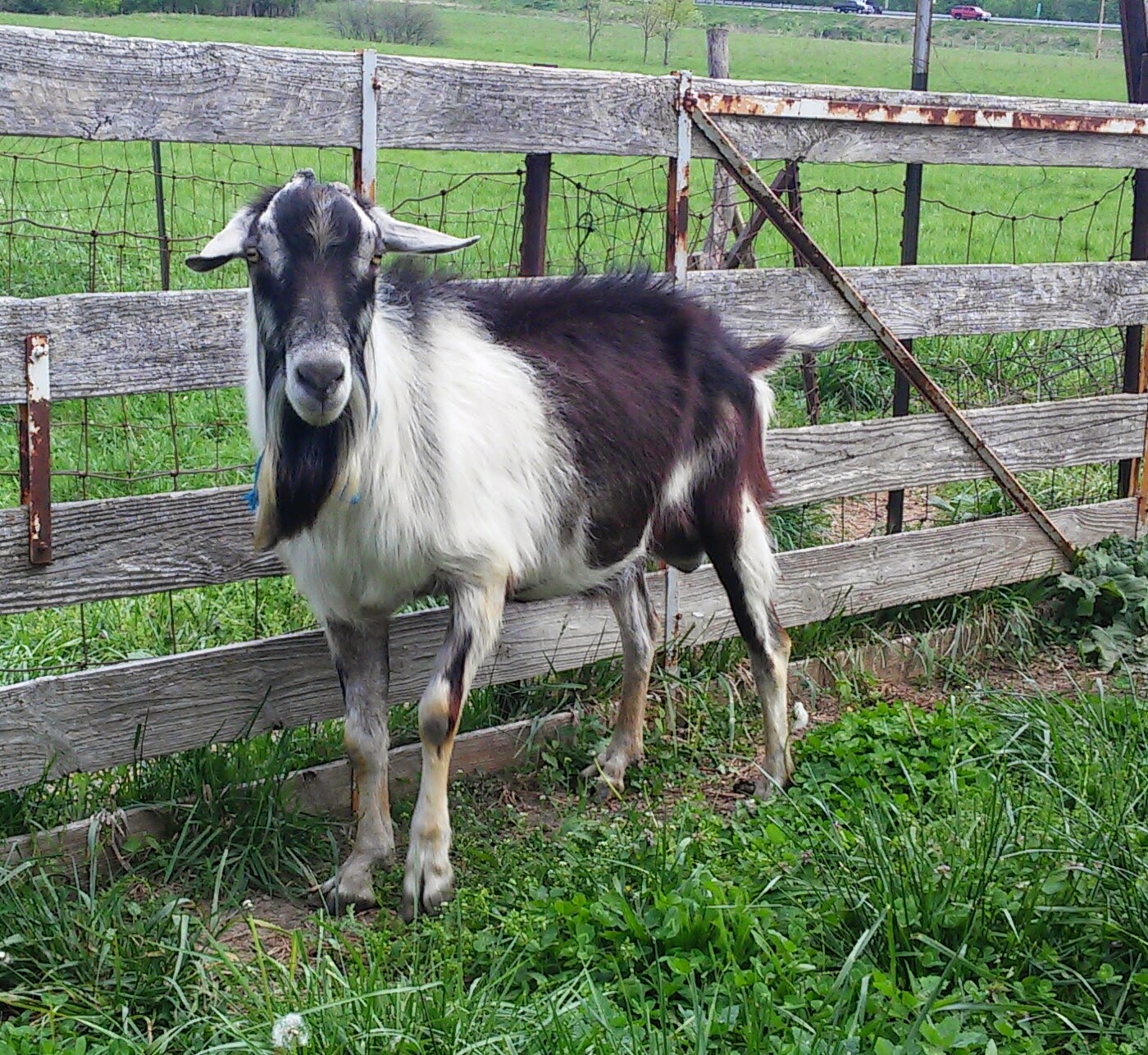 He hasn't been very kind to my fences so I'm hoping to sell him and keep one of Sombrita's sons instead. I can't wait to see how these two little boys turn out! 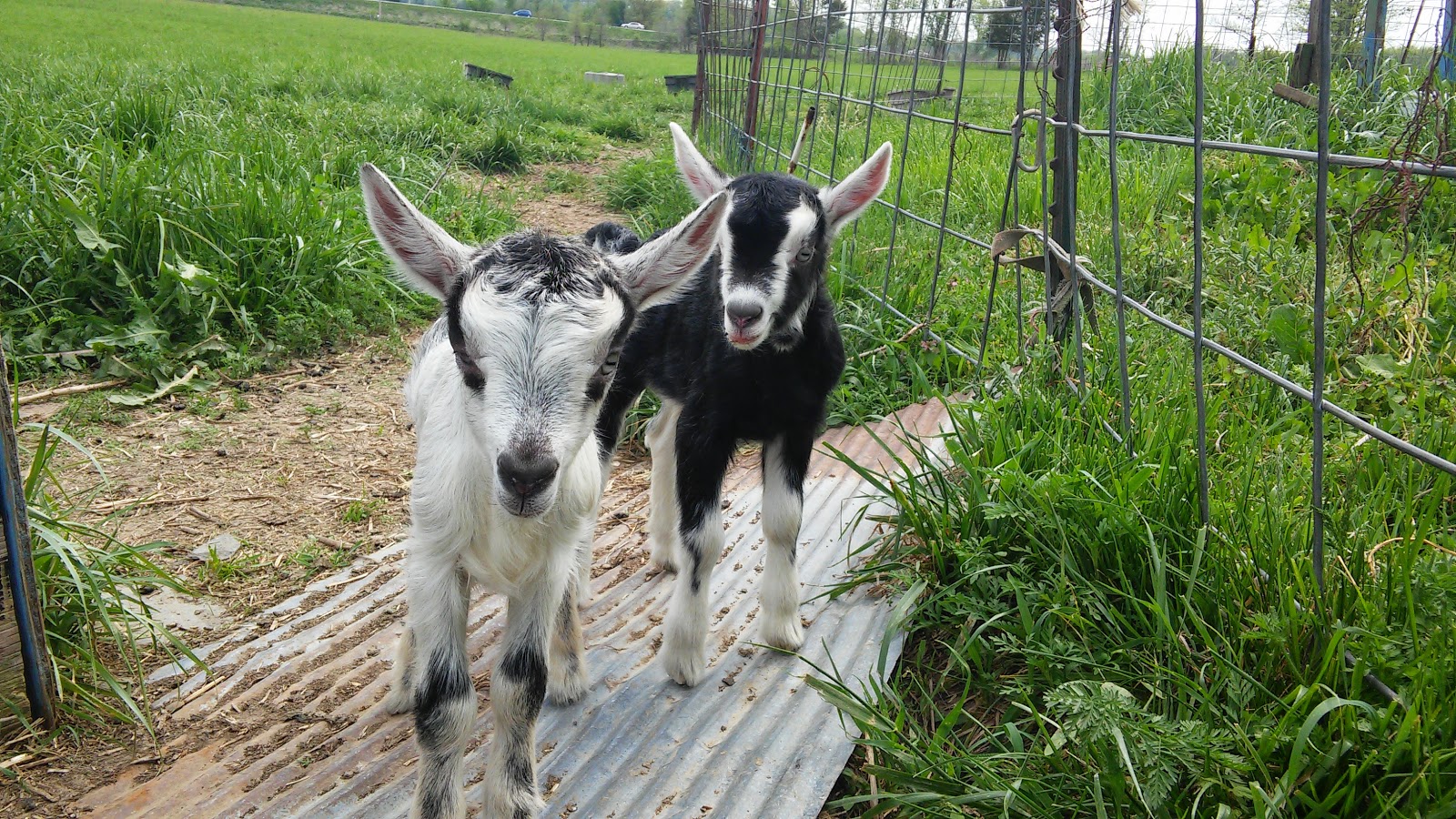 Posted by Alyssa at May 03, 2015
Email ThisBlogThis!Share to TwitterShare to FacebookShare to Pinterest
Labels: Goats, Kidding 2015