Back in December, or maybe it was the beginning of January I really can't remember exactly, a member of the Historical Sew Monthly Facebook group posted a picture of a mid-19th century winter hood she had made. Ohh, I thought, I wanna make one of those, but what HSM challenge could I do that for? Not January's challenge, procrastination, as I'd just decided to make it, so it didn't fit the theme at all. Maybe February's challenge, Pleats and Tucks, if only I could think of a way to make pleats and/or tucks a focal point of the hood. So, I started researching, trying to think of a way to make a winter hood fit the theme of February's HSM challenge. I looked at picture, after picture, after picture, of early to mid Victorian winter hoods and read several blog posts by people who had made hoods themselves.

I was really inspired by this hood, where the crown of the hood, and the curtain covering the neck, all appeared to be one piece of fabric. 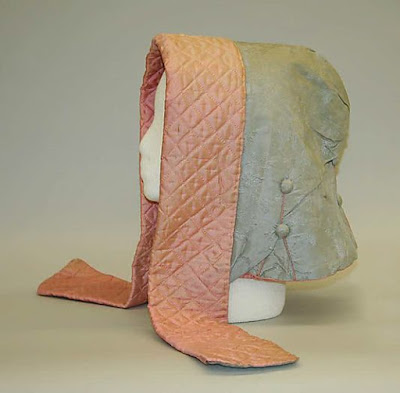 I could do that, and make inverted pleats at the neck to add shaping, perfect!

I made my pattern, a long strip for the brim and an all-in-one piece for the crown and certain, then got started. 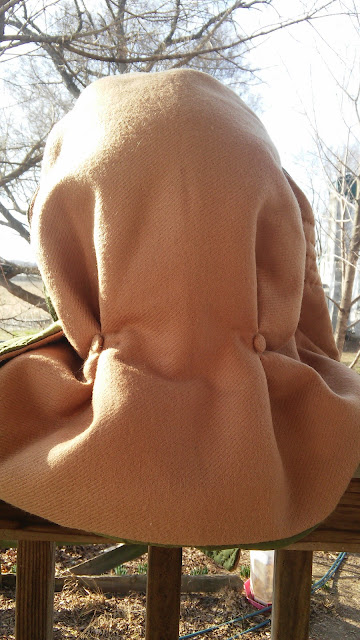 The outside of the hood is made out of left over scraps of wool from my cloak I made a year ago. It is lined in green silk dupioni, with a layer of wool batting in between. I sewed the hood together, then fitted it at the neck with two pleats and covered buttons for decoration. 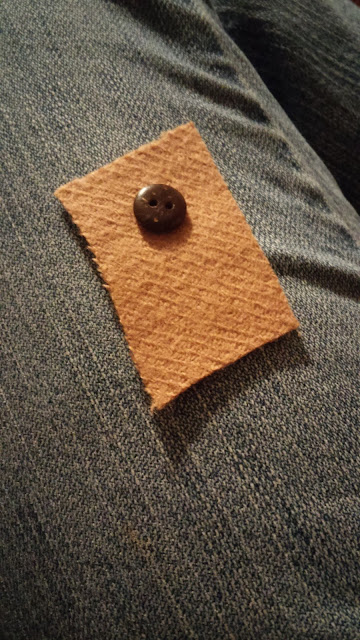 Rather than use a covered button kit to make my buttons, (I've had issues with those buttons falling apart) I used my scraps of wool to cover some coconut shell buttons I had. 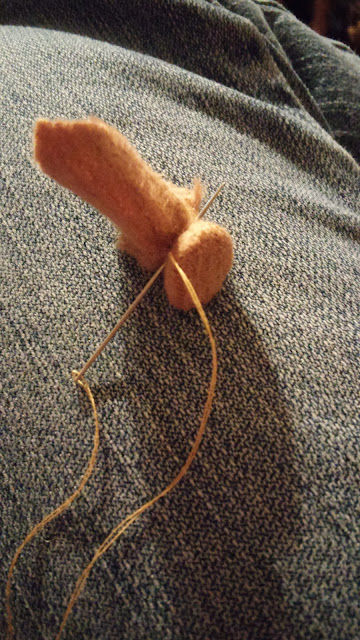 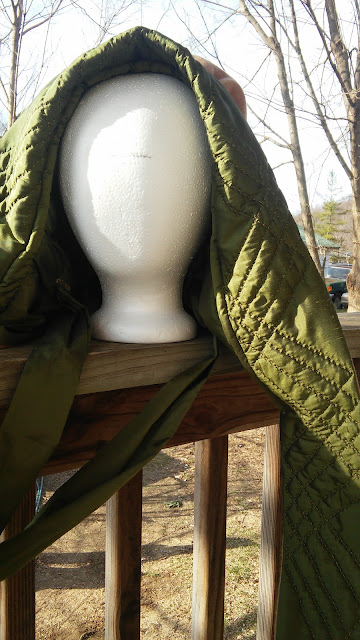 The brim gets folded back to reveal the silk lining, and display my first ever attempt at hand quilting. The quilting turned out ok. It's far from perfect. My stitches are rather uneven and the lines of stitching aren't perfectly spaced. However, I really like the overall effect the quilting gives the hood, and, unless you're closely inspecting the brim, the imperfections aren't *too* noticeable. 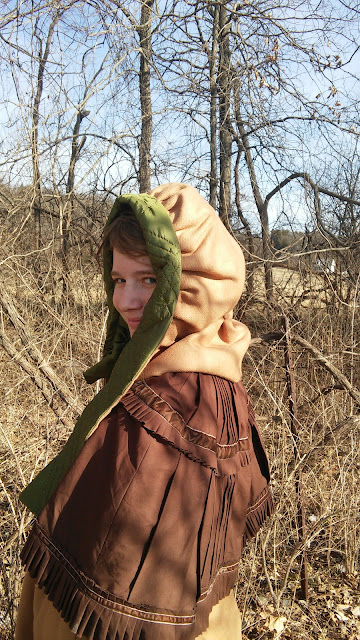 All in all, I'm pretty happy with how this hood turned out, so it was definitely worth making, despite the face I still haven't finished my originally planned Tucks and Pleats item, but more on that tomorrow.

What the item is: A winter hood
The Challenge: #2, tucks and pleats
Fabric/Materials: Light weight coat wool, wool batting, silk dupioni
Pattern: My own
Year: 1840-1865
Notions: Cotton thread
How historically accurate is it? The materials are all correct, (with the exception of the dupioni, but it has very few slubs so it's not too bad, almost taffeta like), Mostly machine sewn, but all visible stitching is hand sewn. The pattern is based off actual hoods from the era. So probably 80-85%
Hours to complete: forgot to keep track, I finished it a month ago and really have no idea. Maybe 8 total?
First worn: Just to test fit and for pictures.
Total cost: $8 for the batting, $10 for the silk, (thank you 60% coupons!) the thread and wool were left over from other projects. 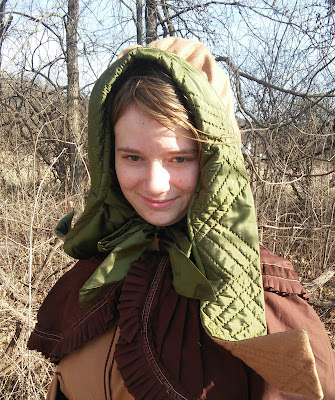 Posted by Alyssa at February 28, 2016
Email ThisBlogThis!Share to TwitterShare to FacebookShare to Pinterest
Labels: 1830s-40s, Historical, HSM, Me, Sewing