Serging Away: The Cat Dress

It took a week. A week of threading, re-threading, and broken threads before I finally mastered it. Apparently figuring out exactly what each little lever does is important when threading and using a serger. After a week of frustration, I finally had it down. The serger works! (or rather it has always had the ability to work, I just finally know how to thread it properly) 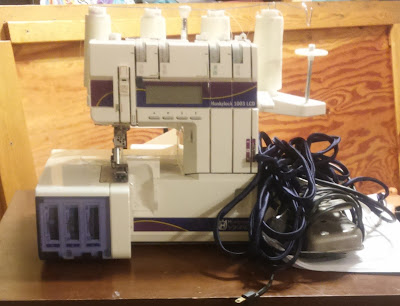 This is my mom's serger. She bought it new about 15 years ago, but hasn't had time to sew with it in nearly 10. Last fall I started thinking a serger would be a good addition to my sewing room, so my mom suggested I get this one serviced. I finally got around to doing so about 2 weeks ago.  The serger came home and I started using it, or trying to at  least. Like I said, the threading took some time to figure out. 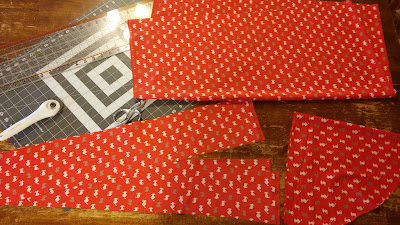 I picked out this red poly crape with little cats on it for my first project. I cut it into a few rectangles and a couple of half circles. 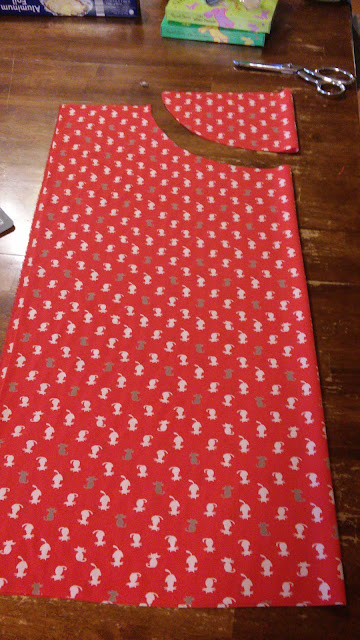 I cut a rather large neckline in the largest rectangles. Then I discovered just how useful the serger could be! I serged up the side seams, then around all the raw edges that needed to be finished. It was then really easy to fold over the serged edges for a quick hem, even on the half circles! 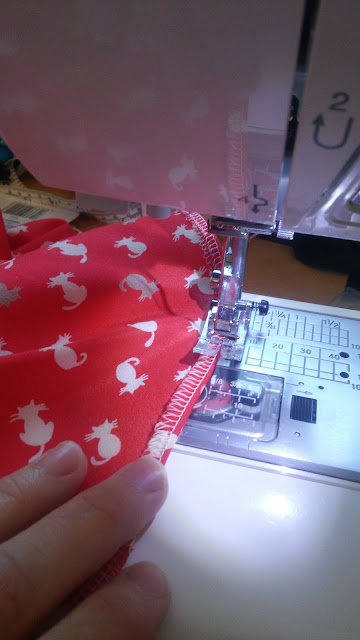 This thin poly crape would have been a nightmare to hem had it not been for the serger! A little lace added, then some elastic thread shirring around the neckline with my regular machine, and my first serger project was done. 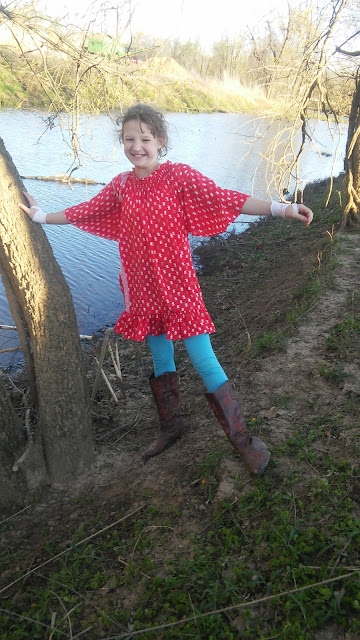 My sister had another dress with half-circle sleeves! I've made her several shift-type dresses lately, and she'd requested a red one. So when I happened across red fabric with cats on it at a great price, I couldn't resist. 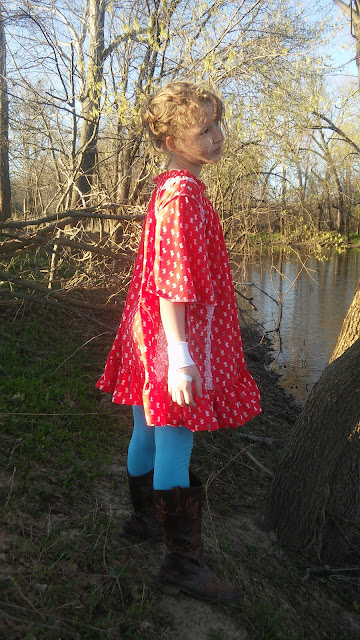 The dress wound up a bit shorter than I'd intended (the shirring at the neck pulled it up quite a bit), but, as long as my sister remembers to wear leggings, it's an ok length. 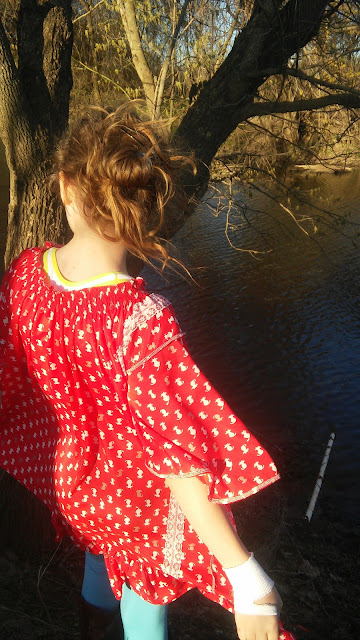 Now on one side the serging shows. I'm calling that a design choice. I added the lace to make that side even more intentionally different from the other. I rather like the over all effect. 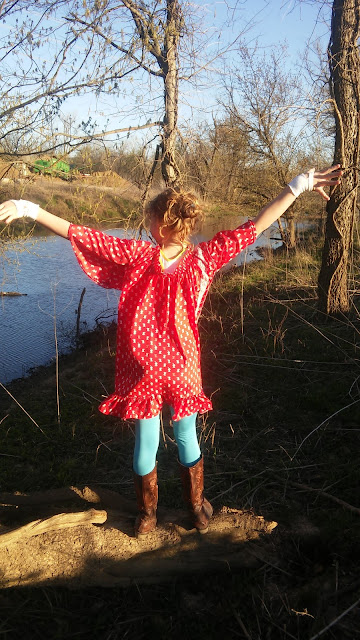 My sister mentioned the dress could have a bit more lace on it, but as she's worn it two days in a row, I think she likes it just fine as is. No more lace required. 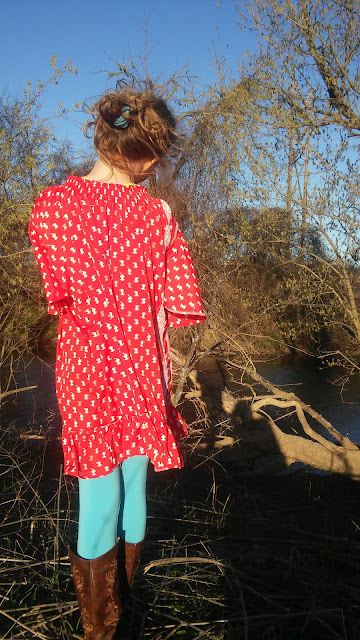 I'm so glad I pulled the serger out! It made sewing this thin, possibly tricky, fabric a dream. Anybody have a suggestion for my next project with it? I'm hoping it makes sewing with knits much easier! 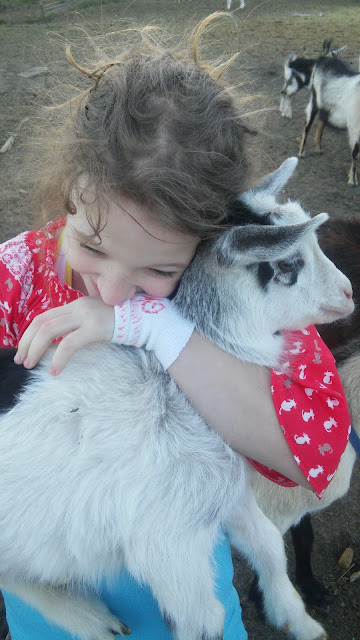 Goat chores are waiting though this morning, so I should probably stop dreaming about future projects and get to milking. Outside to the goats, and away from the serger I go (for now. . .).