Was there anyway that I was going to stop sewing shorts after two pair? No, not really. Once I started making shorts all the design possibilities became apparent to me and I just had to sew more. Lace, frills, scallops, buttons; there are so many fun things to add to shorts! One particular style that appealed to me after my attempt at elastic waist shorts being met with success? Sailor style, button front shorts. 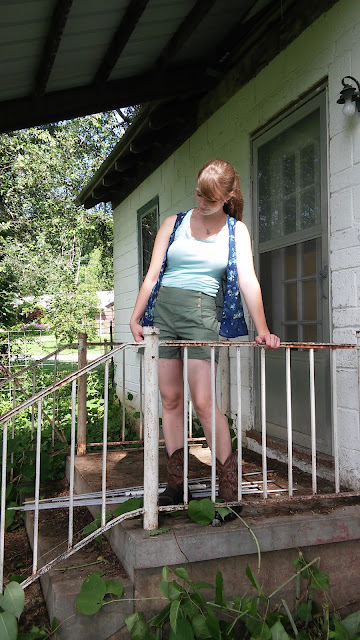 Once I decided to make a pair of sailor style shorts I started by tracking down a pattern. I wanted one with functional buttons and no zipper, rather than decorative buttons and an invisible zipper. Lots of google searches commenced. I stumbled upon Kwik Sew K3854, it had the exact shorts I was looking for! Even better, Joann's happened to have Kwik Sew patterns on sale that week, so I swung by after work to pick up my pattern. I was met with disappointment. They didn't have the correct pattern in stock, if I wanted the pattern I would have to order it online. Thankfully, the McCall's website itself had the Kwik Sew patterns on sale. So for just $2 more than I would have had to pay at Joann's I was able to get this pattern, including shipping. Two days later the pattern came in the mail and I could get started! 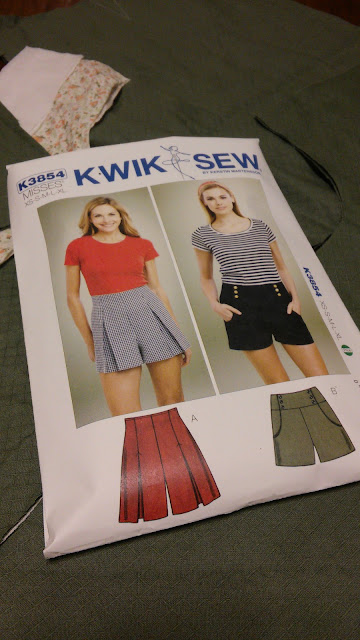 I decided to use some green light weight upholstery fabric from my stash; the same fabric I used for the waistband of this skirt and to trim my purse with. There was just enough left to squeeze these shorts out of. I picked this fabric up at a thrift store and have now used every last scrap! I cut the pocket facing and waistband lining out of a pair of no longer worn pretty flowered cotton PJ pants.

Since I had to go through the trouble of ordering this pattern I did something I don't generally take time to do with my patterns, I traced my pattern in the correct size rather than cutting it. (with the patterns I pick up for $1 at pattern sales I don't feel like it's worth the time to do this.) My decision to trace the pattern was also partially due to me not knowing what size I needed. Most of the reviews I read said that these shorts came out on the large side, so I decided to trace a size smaller than my measurments said I needed. If the shorts came out too small I could always trace a size up for my next pair. That didn't happen though, the shorts came out with the perfect fit! 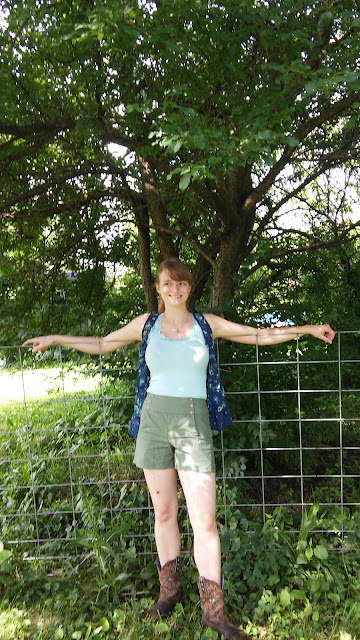 I did add a little depth to the pockets to allow enough space for a pocket knife and cell phone, as a few reviews had mentioned the pockets were a little on the small side. My stuff now fits in these pockets no problem! 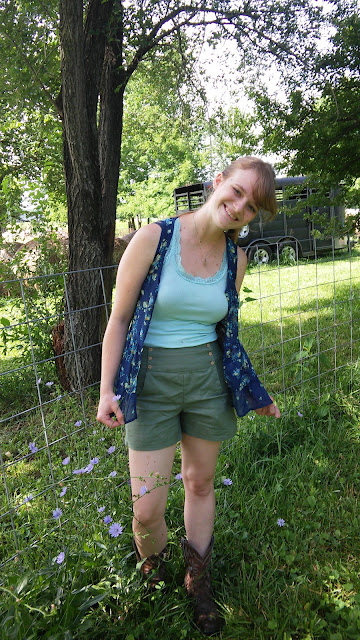 A third pair of cute, comfortable shorts with decent sized pockets and shorts making is too fun to stop now! I plan on making a second pair from this pattern, then I have another pattern to try out. Another elastic waist pair wouldn't be too bad either. Hmm, exactly how many pairs of shorts do I need again? 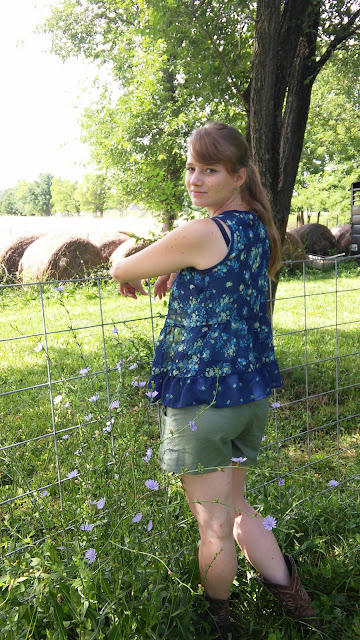 Maybe one for every day of the week.

Posted by Alyssa at July 16, 2016
Email ThisBlogThis!Share to TwitterShare to FacebookShare to Pinterest
Labels: Me, Sewing