I promise that one day, eventually, I'll make and blog about something other than jackets, coats, and sweatshirts. Today is just not that day. As I mentioned last week, I find sewing outerwear to be very satisfying.  So, as I had the pattern and I had the fabric, I made another sweatshirt. My little brother was the appreciative recipient of this most recent outerwear project. 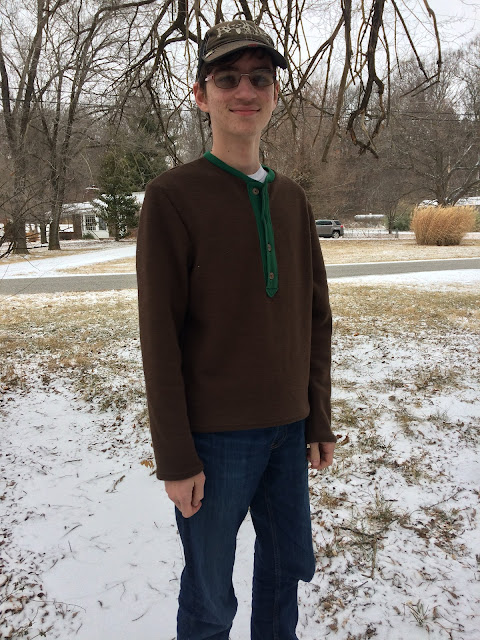 I've decided this year I want to actually sew some everyday wardrobe items for my youngest brother. Over the years I've made him a couple of jackets, a few costume pieces, and countless pairs of PJ pants, but no regular everyday clothes, and this year I want to change that. Guys' clothing is a new challenge that I'd like to conquer, and my little brother has no complaints about being my test subject for this particular endeavor. 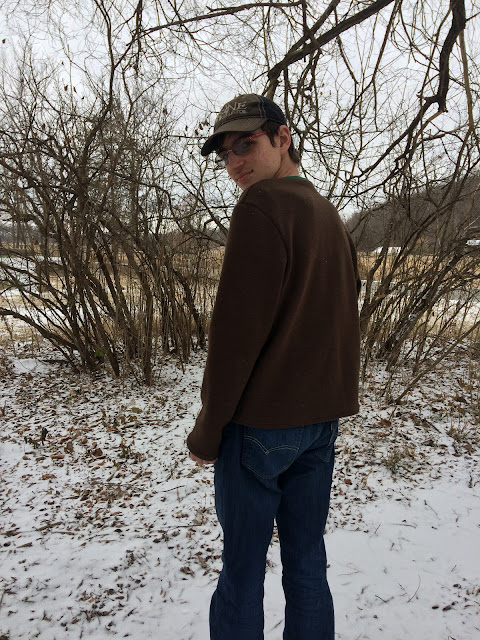 Well, actually, he does have one complaint. It turns out that going outside to have his pictures taken in the snow is not my brother's idea of a relaxing Sunday afternoon. After a bit of coaxing though, he complied. 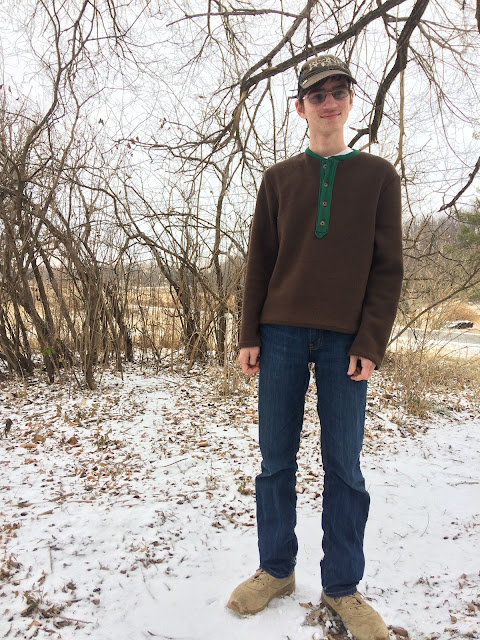 The sweatshirt is made out of the left over lining fabric from the camo jacket I made my brother a couple weeks ago. This fabric is soft and warm and my brother loves it! So, when a couple yards were leftover after making his jacket, I decided to make him a sweatshirt out of it. 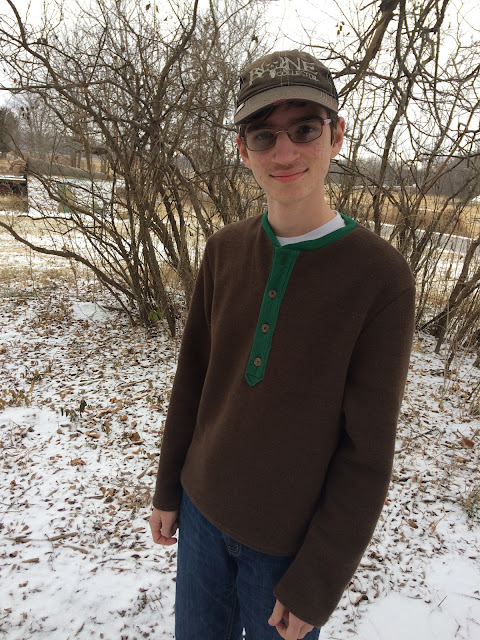 Thankfully, I had a pattern already on hand for the project, Burda 7734. Yes, it's the same pattern I used to make both my brother's camo jacket and my hoodie. I made the jacket and hoodie using view A. For this sweatshirt I used view C. This pattern is very straightforward and easy to put together, and it produces decent results. However, something about the proportions of both the jacket and this sweatshirt look off to me. So, if I use it again, I think I'll make a few adjustments to the length for a more balenced looking final garment. 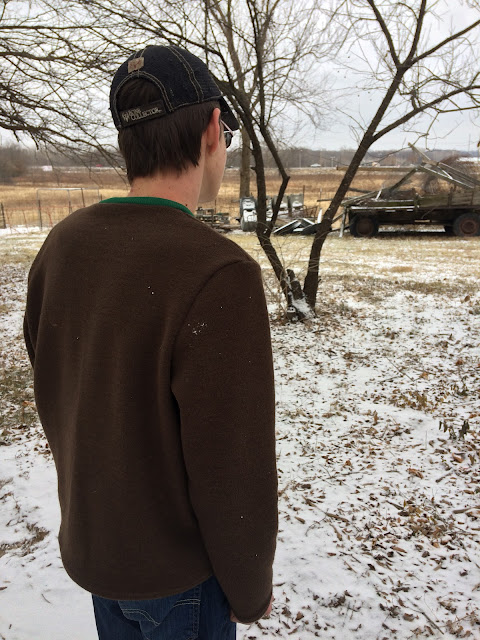 Despite my opinions of the proportions of the pattern,  I'm calling this project a success. My brother put it on as soon as it was finished, and tells me it is plenty warm! Warm enough to make standing out in the snow for pictures a bearable, if not favorite, experience. 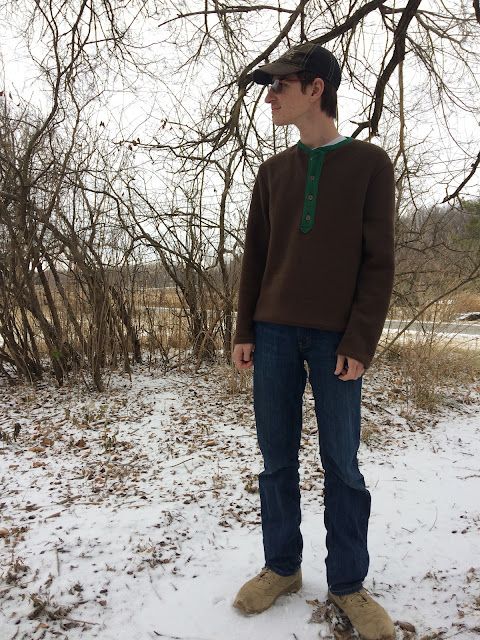 Now, what shall I sew next for this brother of mine?

Posted by Alyssa at January 18, 2018
Email ThisBlogThis!Share to TwitterShare to FacebookShare to Pinterest
Labels: Sewing, Sewing for Boys