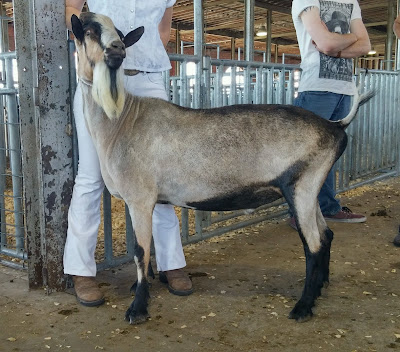 Lucky is. . .well, Lucky. A home bred, home raised buck. The great grandson of my first ever buck, Louie.

Also, the great grandson of my oldest goat, Stripe, Lucky's mother and grandmother were both of my breeding.

Lucky's sire, Tempo Aquila Freedom Reigns, was quite a buck with quite a pedigree. Unfortunately we only had him for one breeding season before he died. (Sadly, he was rather old when we got him.)

Upon Reign's death we decided to keep one of his sons for stud, so not to lose those bloodlines. We picked out two of his bucklings at birth, deciding to raise both of them then pick the best to keep. Well, neither one turned out too great, dang. Back to the drawing bored we went. We looked over the remaining bucklings that fall and decided Lucky was the best looking of the lot. Thus, Lucky got lucky, we kept him for stud rather than castrating him and sending him off for meat.

Now, fast forward two and a half years to yesterday. Lucky's got a few offspring out in the pasture and I decided to show him for the first time in his life. 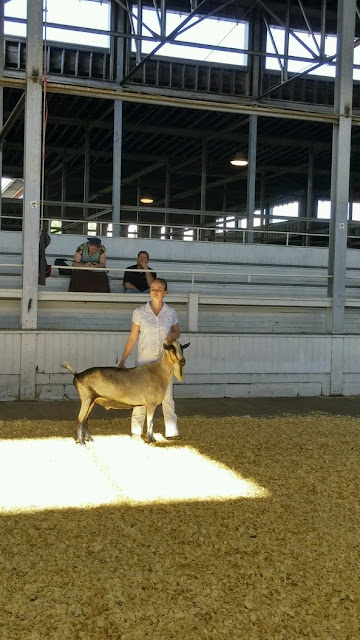 He got a hair cut, behaved half way decent in the show ring, and then. . . 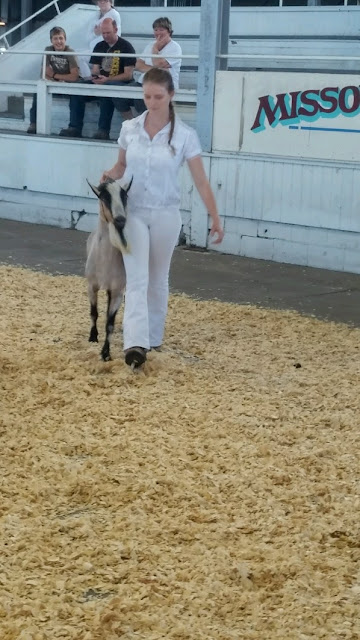 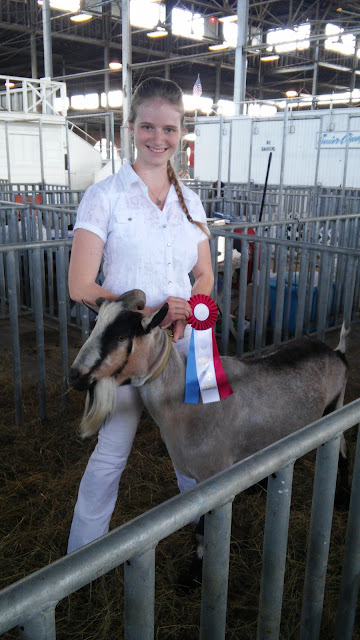 Yep, I'm pretty happy with him! Lucky is truly one lucky goat.


Now, out in the pasture I have two, very promising, dry yearling daughters of Lucky, whom also happen to be Sombrita's granddaughters. I cannot wait to see how they turn out after freshening next spring!

Posted by Alyssa at May 29, 2016
Email ThisBlogThis!Share to TwitterShare to FacebookShare to Pinterest
Labels: Goats