She Made it Herself!

Why wear something store bought if I can wear something I made myself?
This has pretty much become my attitude, and a couple weeks ago my sister was able to share that sentiment with me when she made herself not one, but two simple dresses in one afternoon! 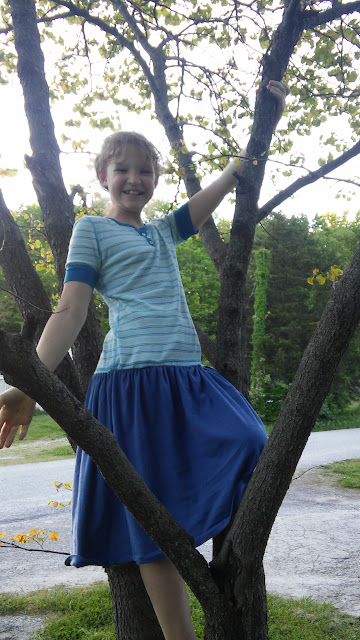 I had a rare day off work thus decided to get some much needed sewing done, a supply of summer shorts for my sister. (Not the most exciting sewing, but definitely needed.) My sister was hanging out, watching me and helping some, when she decided she wanted to work on her own sewing project. (Like I said, shorts are not the most exciting thing to sew, or help sew) 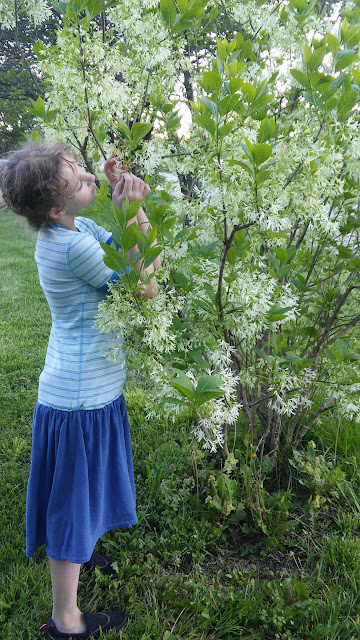 So, out came a too-short t-shirt. I supplied a wide strip if fabric off of the top of a jersey knit sheet I was turning into shorts.
My sister sewed the strip of fabric into a loop, then gathered the top edge. After several unsuccessful attempts at gathering it became apparent that corded gathers would be easiest. I showed her how to carefully zig-zag over the thin cord and soon she had a gathered skirt, ready to attach to her shirt.
Onto the shirt the skirt was sewn and my sister's first ever self-made dress was done! She was thrilled! 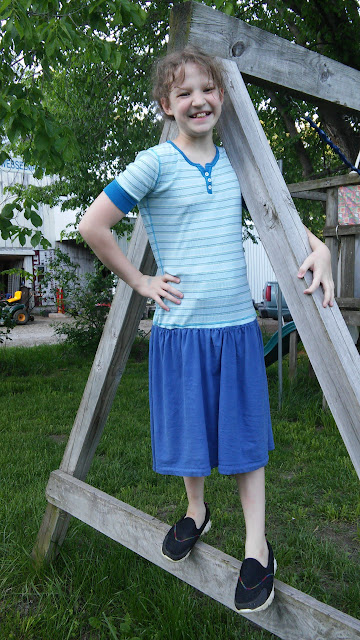 The shirt had started out a little on the short side, but the weight of the skirt lengthened it some (quite a bit actually) so that the dress came out with quite a dropped waist. That just means this dress will fit my sister length-wise for a good long time! 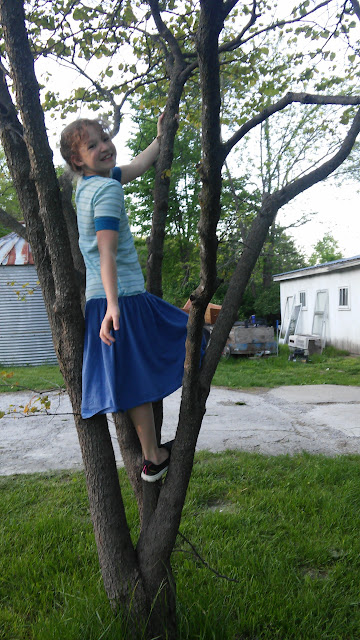 Upon finishing her dress, my sister was shocked by how easy making a dress could really be, and asked if she could make another. Of course! She went off to find another t-shirt. I supplied another strip of fabric. 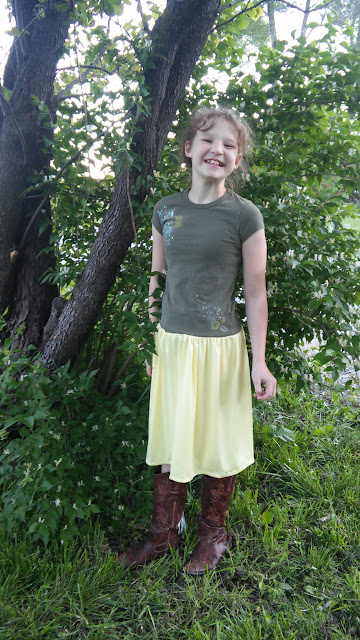 This time the skirt was made from actual fabric rather than a sheet, so a new hem was needed. Once that was done, this dress went together just like the last one and my sister was just as thrilled with the result! 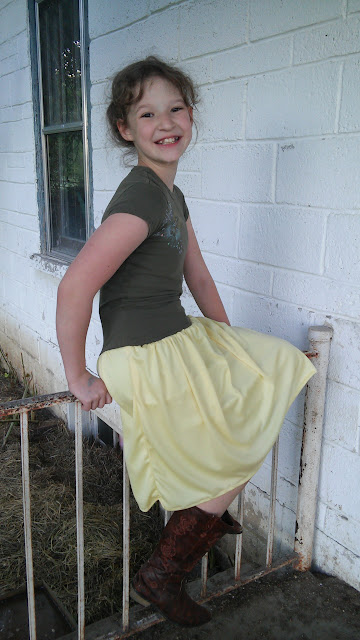 Now, I wonder what she will decide to sew herself next? 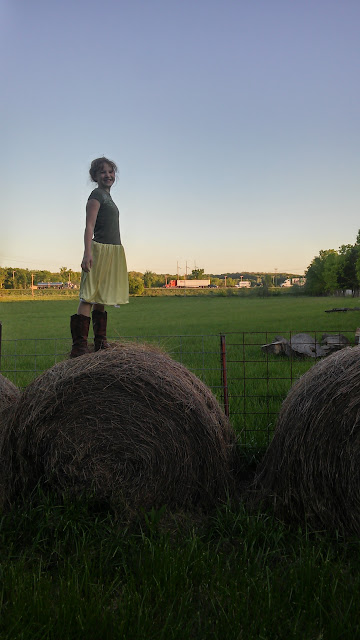 On another note, I want to thank you guys for the kind comments I received both here and on Facebook after I shared about the loss of my Sombrita. It was comforting to read the kind words and know I'm not entirely alone in my grief.
Posted by Alyssa at May 23, 2016
Email ThisBlogThis!Share to TwitterShare to FacebookShare to Pinterest
Labels: Little Sister, Refashioning, Sewing, Unusual Fabric Source